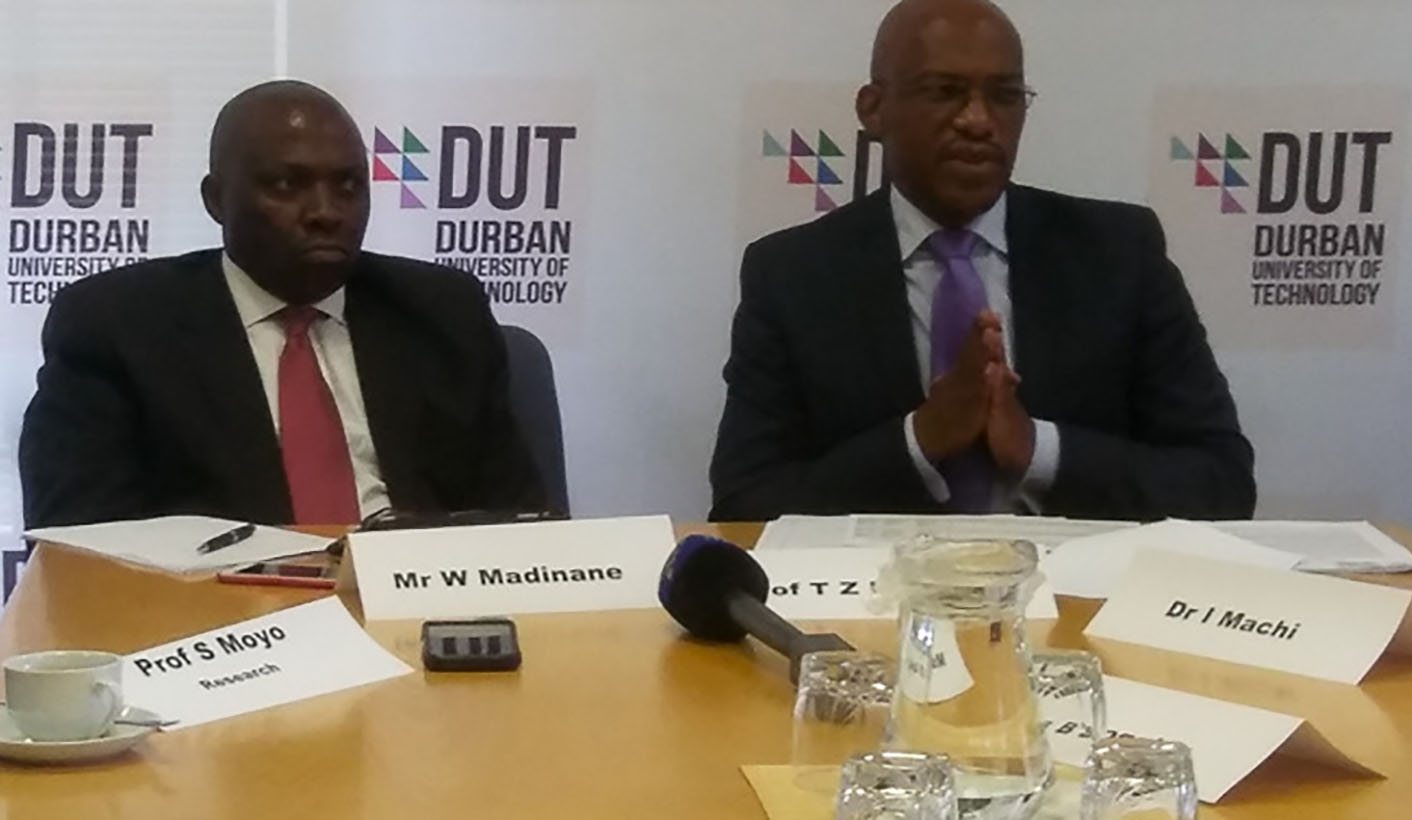 Staff at the Durban University of Technology have been on strike for the past seven weeks to demand higher salaries. But the drawn-out labour action has hit them where it hurts most – their pockets. BY ORATENG LEPODISE.

“What the vice chancellor did to us was very cruel. If your child is doing something wrong you will punish them in a good way and not in a cruel way,” said Charm Naidu, a staff member at the Durban University of Technology.

DUT has taken a decision that workers who have been engaging in the nearly two-month long strike will be paid on a no work, no pay basis. This meant some staff at the institution had their monthly salary docked by as much as 80%.

“We went into the strike without thinking that they would deduct our salaries, if they had deducted a smaller percentage from my salary it was going to be better,” said Naidu.

DUT management and employee unions have failed to reach an agreement, resulting in a delay to the start of the 2018 academic year.

But classes were set to resume on 1 March following intervention by deputy minister of higher education, Buti Manamela.

“The department cannot impose anything. All we can do is intervene and encourage that there should be negotiations. Our concern is the students. It cannot be that an institution is closing for that long because it takes up time,” said Matshepo Seedat, spokeswoman for the higher education and training department.

Part of the intervention will see management and the unions revert to a mediation process under the auspices of the CCMA.

“Across-the-board increases, housing allowance and the once- off bonus will be the main focus of the mediation,” said Jako Nel, the national marketing officer of the National Tertiary Education Union, a union representing the workers at DUT.

According to Nel the implementation of the no work, no pay policy would form part of the negotiations.

But workers were not entirely happy going back to work without their demands being met.

“We have struggled for seven weeks. I feel that we are going to be caught in a situation where we go back to work, then nothing happens as the vice chancellors has not been doing anything,” said Morgan Kisten, another DUT staff member.

Kisten acknowledged that the staff labour action had left students frustrated, but said students supported the staff in their quest to get salary increases.

“I also have a daughter who has to go to campus and she is frustrated about staying home,” said Kisten.

Sbonga Shezi, deputy secretary-general of the DUT students’ representative council said students were concerned by the delay in the start of the academic year.

“We are going to face immense pressure when classes resume. We are not even sure that the lecturers will be lenient on us,” said Shezi.

The strike, he said, had impacted on the ability of a number of students to register and this meant they could not arrange accommodation or food allowances provided by NSFAS.

Naidu said: “These children are like our children; this would have stopped if the vice chancellor had negotiated with us before things started to pick up.”

According to the National Education Health and Allied Workers Union (Nehawu), other South African universities pay their workers better than DUT.

“They say DUT is poor and they do not have money, but we do not believe them because they do have reserves,” said Khaya Xaba, N Nehawu’s spokesman.

Xaba said the union would be challenging the no work, no pay policy, saying it had been implemented across the board and included workers who were on leave.

“It is illegal, they cannot just drop workers’ salaries like that. You cannot deduct all the money from their salaries. How are we going to come to work?”

Nduduzo Ndlovu, spokesman for DUT, said the principle was applied as per the Labour Relations Act, No 66 of 1995.

“The unions were aware that the no work, no pay rule was in place,” Ndlovu said. DM

File Photo: Chairperson of the council of the Durban University of Technology Wiseman Madinane and Vice-Chancellor Thandwa Mthembu said the university was considering bringing in a mediator. January 2018. Photo: Zimbili Vilakazi