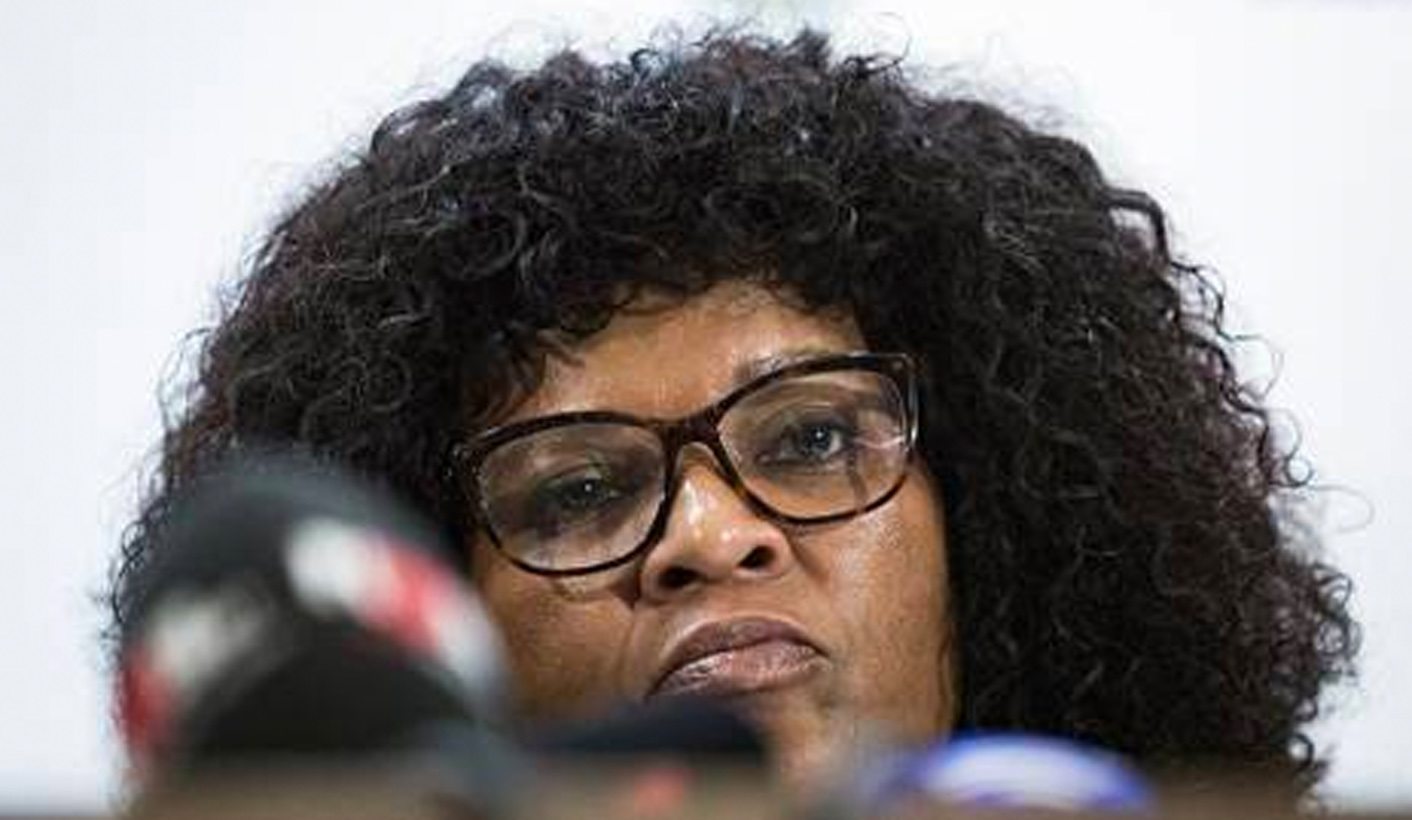 The case of the Seven Angels Ministry in Ngcobo has gripped the country, as stories tend to do when they involve a sinister cult, stolen guns, police killings, and alleged sex slaves. But when Hawks head Yolisa Matakata appeared before Parliament on Tuesday to report back on specialised units within the Hawks, it was a reminder that some of the horrifying elements of the Ngcobo narrative are not unique to that case. By REBECCA DAVIS.

It is tempting to see the recent events in Ngcobo, Eastern Cape, as uniquely shocking.

To recap: attackers enter the Ngcobo police station in search of guns; they kill five policemen and a soldier, and escape with weapons. Police track those involved to a mysterious church, the Seven Angels Ministry, and shoot dead seven. The church is subsequently described as a cult, and it is reported that at least 100 girls and women between the ages of 12 and 21 were rescued from its premises.

Allegations that the girls were “sex slaves” swirl, adding to the horror of the story.

Appearing before Parliament’s police committee on Wednesday, Hawks head Yolisa Matakata reported back on a string of similar incidents which have quickly faded from public memory.

Cracking down on the tendency of criminals to target police and police stations for their guns is now one of the key focus areas of the specialised unit within the Hawks responsible for dealing with illegal firearms.

In August 2017, for instance, an estimated 33 firearms – including R5 rifles – were stolen from police stations in Belville South and Mitchells Plain.

By the end of December 2017, Matakata told MPs, just three of the guns had been recovered.

In total, almost 2,000 illegal firearms were confiscated by police between March 2016 and March 2017. The list of weapons is alarming in its firepower: 19 AK47s, for instance, and 11 submachine guns.

“The types of firearms you’re finding are of huge concern,” DA MP Dianne Kohler Barnard told Hawks officials, asking what the origins of these guns were. But she was told in response that the answer to this question was “sensitive”, and details could not be divulged “at this stage”.

Then there are the sex trafficking cases, some of which have distinct echoes with the little that is publicly known about the Ngcobo case at this stage.

“On 23 April 2017, Pastor Omotoso, together with two other ladies, was arrested for trafficking young girls and accused of having sex with 23 minors, who were rescued,” Matakata told the police committee.

“The pastor, together with the two ladies, promised the victims that they will have holy powers when they are in close relation with the pastor and they were sexually exploited.”

The case to which Matakata referred involves Nigerian televangelist Timothy Omotoso, a case unrelated to Ngcobo. Omotoso and his two co-accused are currently awaiting trial, with the next court date set down for 8 March.

Matakata told MPs that the issue of churches being used as a front for crime is one that the Hawks have been acutely aware of for some time before the Ngcobo events.

“We have addressed some of these churches,” said Matakata, but added: “It’s a lot.”

Her responses did not appear to reassure some MPs. Visiting the police committee was the chair of the portfolio committee on women in the Presidency, the ANC’s Thandi Memela, who had particularly harsh words for the Hawks’ failure to crack down adequately on predatory church leaders.

“Those holier-then-thou men, some of them are being given bail,” Memela said, describing police action as “not satisfying some of us”.

The question of the role that Parliament could have played in preventing the events at Ngcobo, meanwhile, has also been the subject of controversy.

Last week, the commission for the promotion and protection of the rights of cultural, religious and linguistic communities accused Parliament of ignoring its warnings about the Seven Angels Ministry.

The commission’s chair Thoko Mkhwanazi-Xaluva said the commission had brought the cult to the attention of Parliament two years ago but was not taken seriously.

“We did say people will die at that point, one way or the other, but we couldn’t predict that the police will be the first ones to die,” Mkhwanazi-Xaluva was quoted as saying.

A defensive statement issued by ANC chief whip Moloto Mothapo in response termed her comments “unfortunate” and said that she failed to understand the constitutional mandate of Parliament.

Mothapo described what happened in Ngcobo as a “pure criminal matter which is being dealt with by the law enforcement agencies”.

But on Wednesday, the NFP’s Munzoor Shaik Emam pointed out that responsibility for addressing situations such as the cult-like conditions allegedly operating within Ngcobo’s Seven Angels Ministry could not fall solely on the shoulders of police. He suggested that the Department of Social Development had to be involved too.

Matakata assured MPs that the Hawks’ investigation into the Ngcobo case extended beyond the murders of the policemen.

“We are working with social development on that specific matter of women and children found [in the Seven Angels church],” she said. DM

Photo: The acting National Head of the Directorate for Priority Crime Investigation (Hawks) Yolisa Matakata addressing the media at the Tshedimosetso House in Pretoria on 23 February 2018. Picture: Sethembiso Zulu/ EWN