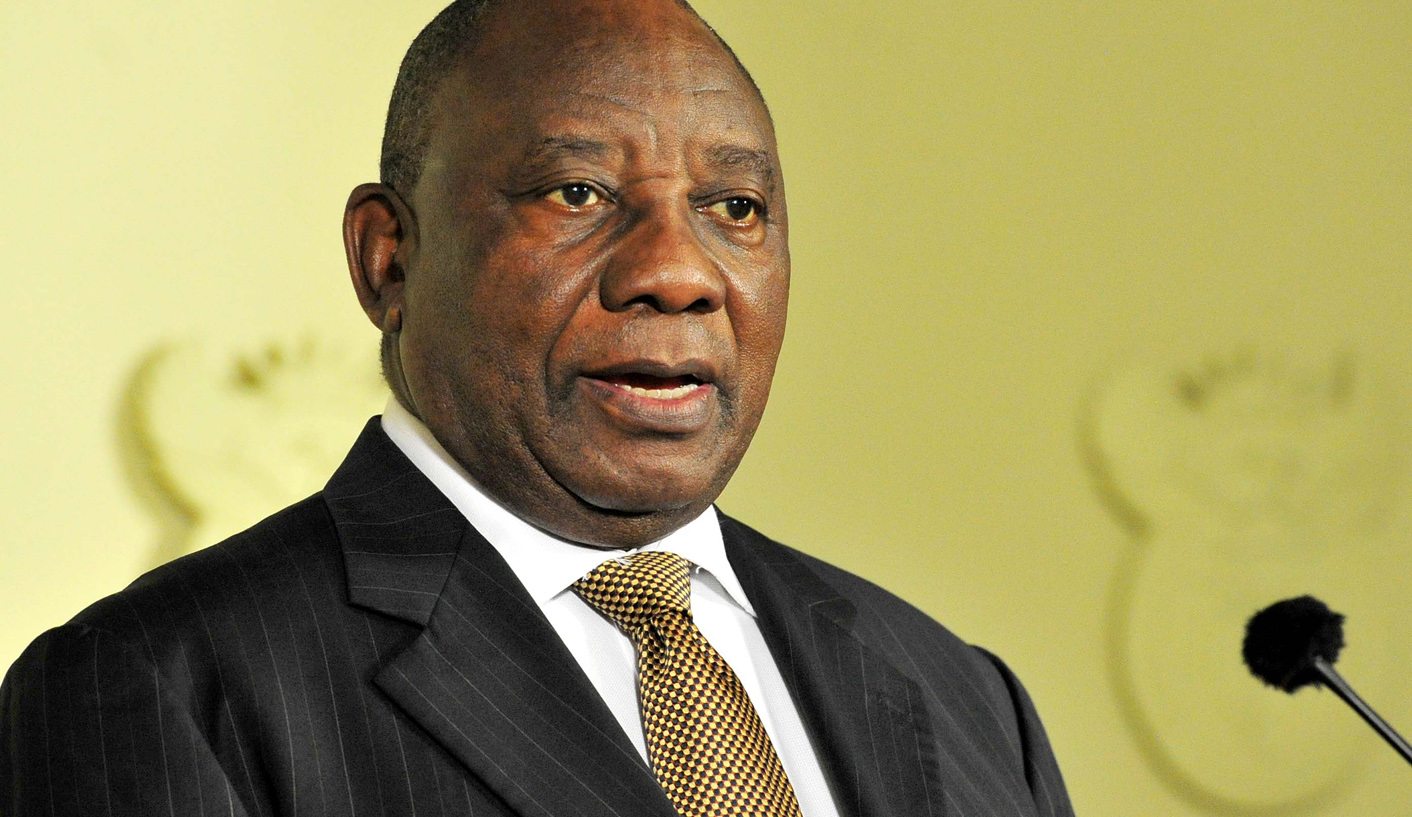 In his second week on the job, President Cyril Ramaphosa announced a Cabinet reshuffle on Monday night. He made wide-sweeping changes and fired some of former President Jacob Zuma’s key lieutenants. Others were retained, most likely in the name of ANC unity. By GREG NICOLSON.

Mpumalanga Premier David “DD” Mabuza might be one of the country’s most controversial politicians, but he will be appointed this week as deputy president after being sworn in as a Member of Parliament. Mabuza played a key role in Ramaphosa’s election at the ANC’s national conference in December, where he was elected deputy president of the ruling party.

Ramaphosa made the announcement at 22:00 on Monday evening. Since he was elected president on 15 February, critics have called on Ramaphosa to reshuffle his Cabinet and the president announced significant changes in ministers and deputy ministers in his late-night address, which was repeatedly delayed.

Former finance minister Nhlanhla Nene is set to return to Parliament to take up his old job, replacing Malusi Gigaba. Nene was fired by Zuma in December 2015, allegedly for refusing to take instructions from the Gupta family. Gigaba has been appointed as minister of home affairs, a post he held before moving to Treasury.

Ramaphosa appointed Pravin Gordhan, who previously served as finance minister and minister of co-operative governance, to the public enterprises portfolio. Gordhan was one of Ramaphosa’s key supporters in his ANC election campaign and was hounded by Zuma’s administration for his resistance to State Capture. He takes over from Lynne Brown, who was not given another Cabinet position and was personally implicated in allegations of facilitating corruption.

Gwede Mantashe, who formerly served as ANC secretary-general, was appointed to head the ministry of mineral resources. Like Ramaphosa, he is a former head of the National Union of Mineworkers and succeeds Mosebenzi Zwane, who used his portfolio to benefit the Gupta family and did little else but create instability in the industry. Zwane did not get another position in Cabinet.

Ramaphosa rewarded some of his supporters with posts, like sending the SACP’s Thulas Nxesi back to public works and Blade Nzimande to head up the transport ministry, as well as returning Derek Hanekom to tourism, but he also retained a number of controversial ministers who protected Zuma and furthered the former president’s agenda.

Ramaphosa’s rival in the ANC election race, Nkosazana Dlamini Zuma, was appointed minister in the presidency responsible for planning, monitoring and evaluation. Bathabile Dlamini was replaced in social development by Susan Shabangu, but the minister who has presided over the social grants crisis will remain in Cabinet as minister of women, in the presidency.

A number of Zuma’s allies did lose their jobs. Energy minister David Mahlobo has been replaced by Jeff Radebe. Police minister Fikile Mbalula was replaced with Bheki Cele, who was a Ramaphosa supporter but was also removed as police commissioner due to a dodgy rental agreement during his term. Former state security minister Bongani Bongo did not receive another Cabinet posting.

During his reply to the State of the Nation Address debate last week, Ramaphosa cautioned those who wanted him to make a snap Cabinet reshuffle:

“Whatever views one might hold about members of Cabinet, this does not justify in any way the kind of character assassination and insults we have heard,” he said.

“On the matter of the composition of Cabinet, an announcement will be made by the president at the appropriate time,” the new president continued.

On Monday, he said he would retain the current Cabinet structure until that review is complete.

“These changes are intended to ensure that national government is better equipped to continue implementing the mandate of this administration and specifically the tasks identified in the State of the Nation Address,” Ramaphosa said of his reshuffle.

Political analyst Professor Somadoda Fikeni said Ramaphosa’s reshuffle was a balancing act. Because of Mabuza’s influence at the ANC’s national conference, his team likely pressured for him to be appointed, said Fikeni.

Fikeni said the reshuffle was a careful calculation taking into account both ANC unity and public sentiment. Bringing Nene back was likely in response to public outcry while retaining ministers like Bathabile Dlamini was most likely in the name of ANC unity, he said.

Fikeni said Ramaphosa might be waiting for allegations against some of Zuma’s key lieutenants, such as Dlamini, to come out in the State Capture inquiry before he can fire them.

“You might still see in the next year another Cabinet reshuffle,” he said.

“The office of the chief whip congratulates these new deployees and those appointed to the National Executive as announced by the President of the Republic, Cde Cyril Ramaphosa. We wish them well,” said a statement from the chief whip of the ANC in Parliament.

EFF Secretary-General Godrich Gardee said Ramaphosa missed his opportunity to put South Africa above the interests of the ANC. He said by retaining Dlamini and Gigaba, as well as Nomvula Mokonyane, who was made minister of communications, the president had succumbed to ANC factional interests.

“We reject the Cabinet reshuffle with the contempt it deserves,” said Gardee.

DA leader Mmusi Maimane said Ramaphosa’s Cabinet choices showed he was putting the ANC ahead of the country.

“South Africans will quickly begin to see the wood from the trees, and that Cyril Ramaphosa is beholden to the very ANC factions that protected Jacob Zuma for a decade, and brought our country and the economy to its knees,” he said. DM