Op-Ed: What Ramaphosa needs to do to fix state spying, Part 3 – intrusive surveillance and counterintelligence 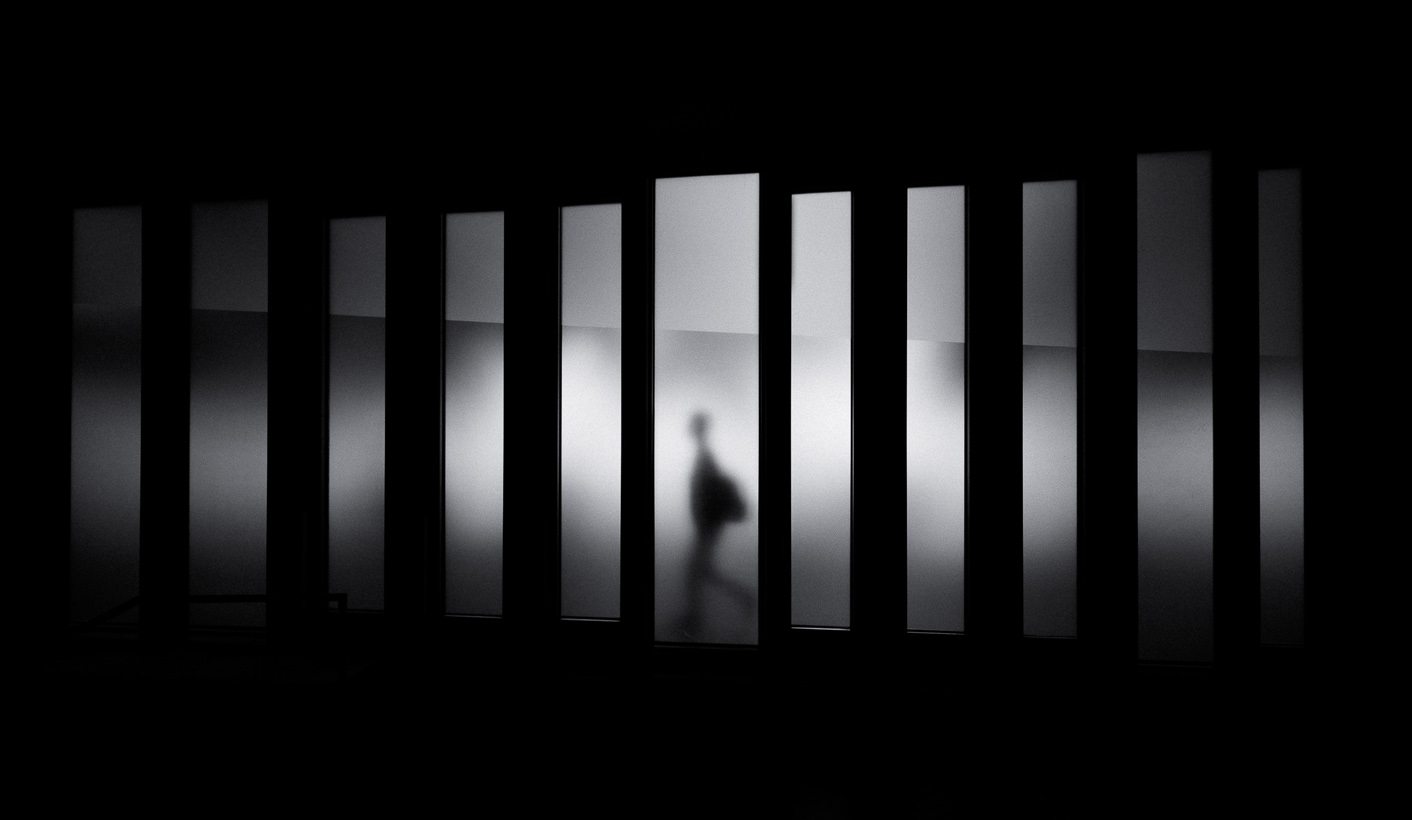 Cyril Ramaphosa should seriously consider shutting down the South African State Security Agency and set about rebuilding a new intelligence agency from scratch. By JANE DUNCAN.

Read Parts 1 and 2 here and here

In 2011, the Colombian government acted to arrest the rot in its intelligence agency, the Administrative Department of Security, or DAS. By then, DAS was a terminally ill organisation, and had become a massive political liability.

DAS claimed to be fighting the war against drugs and armed resistance in the country, but in reality it “went rogue” and morphed into a criminal organisation. Its operatives twisted the agency’s counterintelligence mandate, conspired to kill union activists and spied regularly on opposition politicians. At the same time, the agency was unable to deliver its most important intelligence product, strategic intelligence.

So after massive public controversies, the government shut DAS down. Then they set about rebuilding a new intelligence agency from scratch.

This is because agencies often use this mandate to talk up threats posed by a deliberately ill-defined “enemy within”. However, rather than targeting genuine domestic threats (which may be few and far between), they have been known to target politically inconvenient actors.

Typically, their targets include opposition politicians, businesspeople, journalists and political activists. The agencies have a vested interest in keeping the definition of subversion particularly elastic, as it allows them to smuggle dissent by otherwise legitimate actors into their mandate. ?

The SSA should not be engaging in such abuses, as its founding statute, the General Intelligence Laws Amendment Act, prevents it from gathering intelligence about lawful advocacy. But, it would appear that at least some of its operatives have ignored this limitation.

Jacques Pauw’s book The President’s Keepers paints an unflattering portrait of SSA counterintelligence assets being used to prop up the criminal networks around former president Jacob Zuma. His account and other evidence suggests that the SSA has not confined its role to passive intelligence-gathering. Instead, it has engaged in covert and offensive countermeasures to influence the political course of events in Zuma’s favour.

Information has emerged suggesting that the SSA’s Special Operations Unit became its de facto dirty tricks department, propping up Zuma’s power base. People who are claimed to be its operatives have turned up in strategic institutions like the South African Revenue Service and mining company Lonmin.

They have been linked to the formation of a rival trade union to the Association of Mineworkers’ and Construction Union (AMCU) and have been accused of interfering in the #FeesMustFall student protests to discredit the former Higher Education Minister.

The SSA’s biggest intelligence failure by far has been its inability to provide strategic intelligence to predict and prevent State Capture. That failure on its own is sufficient basis for Ramaphosa to shut the SSA down and start again with a new entity.

The SSA’s performance on other counterintelligence functions, such as security screening and protection of intelligence and classified information, has also been compromised politically.

The rot set in in earnest once the SSA “went active”. There are good reasons to restrict a civilian spy agency to passive intelligence-gathering, where it predicts national security threats that other state agencies (such as the police or the military) act on.

Once a spy agency starts to act on its own intelligence, then it can begin to experience intolerable conflicts of interest. This is because it develops an interest in talking up national security threats to justify its operations.

Needless to say, the police and the military collect their own intelligence and act on it, too. But for a national security-focused agency to do so is particularly dangerous. Courts punish national security crimes much more severely than ordinary crimes, given the seriousness of these crimes.

Active special operations units usually have access to secret service accounts with limited oversight over their spending. These units may even operate “off the books” to maintain complete secrecy. In more extreme cases, they could even be required to raise their own funds to bankroll their operations.

When they do, then they can quickly descend into criminal outfits smuggling drug, diamonds or weapons, or organising prostitution rings. This was how the apartheid-era Civil Co-operation Bureau operated. The Central Intelligence Agency (CIA) assassination and destabilisation efforts in Latin America are also examples of the dangers of proactive spy agencies.

There is no place in the SSA for an active Special Operations Unit and Ramaphosa needs to rein it in as a matter of urgency.

The SSA continues to suffer significant intelligence failures because its strategic objectives are so secretive. These objectives are set out in the National Intelligence Priorities, which are adopted by Cabinet every year. Rightfully, these priorities should be released publicly, and even debated in Parliament. But they aren’t, which can lead (and has led) to inappropriate priorities being set (such as treating community protests as national security threats).

The estimates that give rise to the priorities aren’t released either, which makes it impossible to evaluate the quality of the intelligence. Rightfully, estimates should be declassified and released on a regular basis. As estimates are evaluative documents, they can be tailored to support the worldviews of those in power, which is why it is in the public interest for such documents to be made public.

The release of the national intelligence estimate on Iraq manufacturing weapons of mass destruction confirmed what had been long suspected, namely that the intelligence justifying the invasion of Iraq was misrepresented to give the Tony Blair and George W. Bush administrations the grounds to invade.

Significant intelligence failures are more likely to occur in highly secretive environments. Spy agencies can become echo chambers where they engage in incestuous group-think and never test their assumptions by considering contrary views. Far from strengthening intelligence work, excessive secrecy can in fact cripple it.

The SSA has been its own worst enemy when it comes to transparency. As a result, they do not have the public on their side. There are excellent people in there who are just as frustrated and disillusioned as the public.

There is no reason why the SSA should be in the mess that it is. There is a road map for reform in the form of a report written in 2008, recommending changes to how the spy agencies operated to make them more transparent and accountable.

It’s called “Intelligence in a Constitutional Democracy”, otherwise known as the Matthews Commission of Enquiry report after the Commission’s head, Joe Matthews. The report’s authors identified systemic weaknesses in how the spy agencies were being regulated at the time. They argued that these weaknesses predisposed the agencies to abuse.

The report was commissioned after the then National Intelligence Agency (NIA) became embroiled in political fights in the ruling party. It aimed to prevent similar abuses from occurring in future. The authors made the point that the counterintelligence activities of the NIA were under-regulated.

They argued that communications interception is governed by a law, Rica, which makes it mandatory for the spy agencies to seek warrants before spying on peoples’ communications. Everyone is clear about the grounds on which interceptions are conducted as they are spelt out in Rica. However, the same cannot be said about the SSA’s infiltration of organisations or physical surveillance of individuals.

While the commission’s work noted the existence of some internal regulations on these matters, these regulations were inadequate. It called for regulations covering guidelines, principles and authorisation for the use of counterintelligence measures.

They also called for a narrowing of the NIA’s mandate to exclude political and economic intelligence, and for a greater oversight role for the minister. All these recommendations remain highly apposite for the SSA.

Largely, the Zuma administration shelved the Matthews Commission report on a technicality. As a likely victim of state spying himself, Ramaphosa would do well to brush the dust off the report and implement it in whatever agency rises from the dust of the terminally compromised SSA.

In my next article, I will explain what Ramaphosa needs to do to regulate street-level surveillance. DM

Jane Duncan is a professor in the Department of Journalism, Film and Television at the University of Johannesburg. Her new book is called Stopping the spies: constructing and resisting the surveillance state in South Africa (forthcoming from Wits University Press)

Photo by David Werbrouck on Unsplash