Budget 2018: High expectations of Ramaphosa’s administration may be taxing for ordinary South Africans 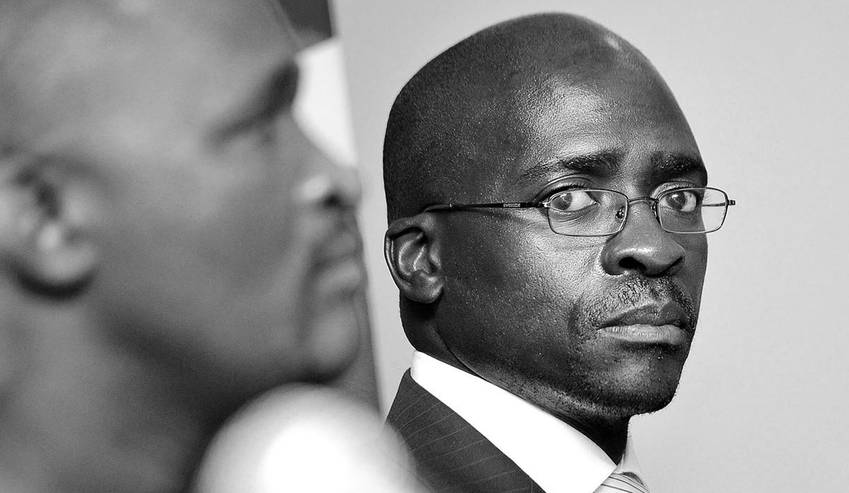 President Cyril Ramaphosa’s State of the Nation Address was well-received, but his administration’s first real challenge will be how it balances the books as Finance Minister Malusi Gigaba tables the national Budget on Wednesday. Spoiler alert: It’s not going to be easy. By GREG NICOLSON.

South Africa’s new president has proven a slick orator in his first week. On Tuesday, replying to the State of the Nation Address (SONA) debate in Parliament, he deftly balanced criticism from opposition parties and the public while encouraging citizens to work towards a common goal. President Jacob Zuma set the lowest of bars and in comparison, it’s easy for Ramaphosa to shine.

His government will make its first big move on Wednesday as the country’s lame-duck finance minister tables the national Budget, defined less by rhetoric than facts and figures. The document will be defined by Zuma’s disastrous economic legacy and although it could cement the idea that Ramaphosa’s election will lead to an economic turnaround, tax increases or expenditure cuts on service delivery, or both, are likely.

South Africa’s economic growth was predicted to rise over the next few years – if insufficiently – even before Zuma’s resignation, and the Budget takes place amid recent international economic advancements and increased confidence after Ramaphosa’s election. Gigaba, however, was realistic about the challenges during his October Medium-Term Budget Policy Statement (MTBPS), when he postponed serious remedies until February.

There are only hard choices. The Budget needs to increase revenue and contain expenses to manage debt costs and keep ratings agencies at bay, while detailing how commitments such as free higher education and National Health Insurance will be funded.

In October, Gigaba announced an estimated shortfall in tax revenue for 2018/19 of R69.3-billion. Debt sits at almost 60% of gross domestic product (GDP), and the Budget deficit is over 4% of GDP. PwC in a briefing paper said it expected the Budget to seek at least R30-billion in new tax revenue, taking into account measures already introduced.

“The question, therefore, is not whether taxes will be raised, but rather which taxes and by how much,” said Professor André Roux, an economist at the University of Stellenbosch Business School.

“Whatever announcements are made, there can be little doubt that – directly or indirectly – consumers will bear the brunt of the fiscal profligacy and political largesse that has prevailed for the best part of a decade.”

Taxes will increase, but how? Value Added Tax (VAT) has long remained at 14%, but according to PwC an increase of 1% could raise R22-billion, which “is an attractive source of revenue as it is the only tax instrument that can raise large amounts of revenue with relatively small increases in rates due to its broad base and economic efficiency”.

An increase in VAT would be politically unpopular and be condemned by civil society activists and opposition parties as an undue tax on the poor. Gigaba may choose to apply higher VAT to luxury items or exempt certain necessities to ease the burden on the poor.

“Workers are not the ones who have looted Eskom, SAA and the state,” said the trade union federation’s parliamentary co-ordinator, Matthew Parks, rejecting proposed VAT increases. He said savings can be achieved with a reduction in wasteful expenditure, cutting the size of Cabinet and reducing politicians’ perks. He added that government must recover the billions looted from the fiscus and that SARS must ensure high-income earners pay their taxes to increase revenue.

The Democratic Alliance on Tuesday proposed a “six pack” of suggestions to avoid tax increases. “We specifically reject any talk of a VAT increase, which will hit the poorest hardest,” said shadow minister of finance, Alf Lees.

Lees said tax increases could be avoided if there are structural reforms to boost investment, austerity measures are implemented to curb wasteful government, failing state-owned entities are privatised, and the integrity of SARS is reformed.

“Tomorrow’s Budget is the first real test for Mr Ramaphosa and his government. It cannot be ‘business as usual’. It must be a Budget of tough, bold choices that favours the poor and the jobless,” said the DA MP.

There are other options to avoid increasing VAT. In a briefing note, Investec chief economist Annabel Bishop said taxes on high-net-worth individuals are expected to increase, such as capital gains and estate taxes. The top tax bracket of 45% for those earning above R1.5-million a year could rise to 46%, or the finance minister could replace the top tier for those earning more than R2.5-million with a new tax rate. Bishop said applying VAT on fuel has been mooted, but it would probably hit the poor the hardest. Sin taxes are again expected to rise.

Old Mutual Investment Group’s head of economic research, Johann Els, said the government must return to its aim of fiscal consolidation, which Gigaba dismissed in his MTBPS.

“This should include both revenue and expenditure measures to speed up narrowing of the Budget deficit in a more sustainable manner in order to stabilise the debt ratio,” Els has said.

“Thus, significant tax hikes are needed and would likely be concentrated at the top end of the income spectrum.”

Brian Ashley, director of the Alternative Information & Development Centre, said on Tuesday that government revenue must increase, but it should come from taxes on high-income earners, including a wealth tax, taxes on financial transactions, a carbon tax, and the prosecution of companies involved in illicit financial flows.

Rather than look to austerity, he said, expenditure should be used as a tool for redistribution, placing mass unemployment at the centre of efforts that could responsibly harness government funds, as well as those from the Public Investment Corporation.

Ramaphosa’s new administration is in a tight spot, with little room to move and huge expectations. The Budget will have to address the serious issues around the state’s bottom line, while providing direction on how to pay for commitments like free higher education, which could see spending diverted from other priorities. Beyond that, it will have to take the new president’s rhetoric and detail how government will deal with failing SOEs that repeatedly drain the fiscus.

“This time the stakes are much bigger,” said Roux from the University of Stellenbosch Business School.

“South Africans are hoping for a vision and mission, and a plan of action that will yield quick and tangible results – a higher growth path, significant job creation, far less inequality, and the reliable delivery of affordable services, not least of which basic, secondary, and tertiary education,” said Roux. DM