Monday, Monday: A Sunday countdown to the NEC meeting on ‘the matter’ of Cde Jacob 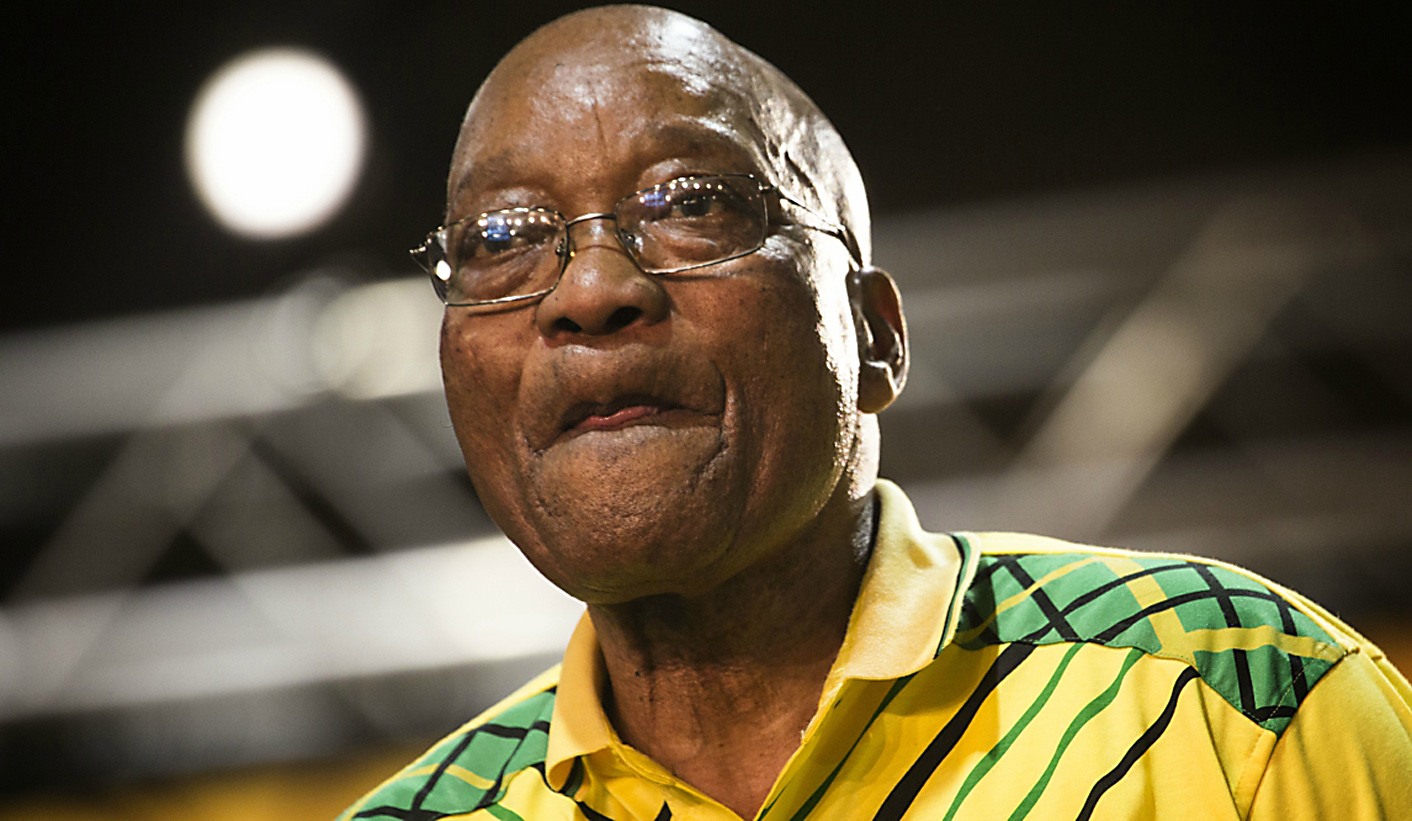 ANC president Cyril Ramaphosa could have been announcing the end of Jacob Zuma’s presidency when he stepped into Madiba’s shoes of 28 years ago on the Grand Parade in Cape Town on a hot Sunday afternoon, but he didn’t. Instead, he kept South Africa in the holding pattern of the past week, telling them to wait another day and promising it would all come to a close in the next 24 hours. By CARIEN DU PLESSIS.

While the country held its breath and President Jacob Zuma’s diary retreated into a radio silence, ANC president Cyril Ramaphosa and the rest of the ANC’s Top Six merrily went about their business of planning a post-Zuma future.

Ramaphosa, with little fanfare and only light security detail, attended a mass at St George’s Cathedral before stepping out to the Taj Hotel across the road to lunch with a group of party veterans.

What he prayed for in the privacy of his pew only Ramaphosa knows, but the fact that a photo opportunity wasn’t possible with the ever-cheerful but sickly Archbishop Emeritus Desmond Tutu, who preached in that cathedral for many difficult apartheid years, was a sad reminder that the moral voices of the Struggle years are slowly fading.

Veterans who have been acting as a conscience to the ANC are also getting on in years. Former party MP and academic Ben Turok, Rivonia triallist Denis Goldberg and former deputy minister of international relations Ebrahim Ebrahim all move more slowly than before. Even former finance minister Trevor Manuel, who is from the Western Cape, stopped by to say hello, but he didn’t stay.

There was a photo opportunity but no official briefing about what went down at the lunch. One of those who attended said Ramaphosa was consistent and on message as he had been all week during the “transition” talks.

The special ANC national executive committee meeting announced on Sunday morning for Monday was expected to put an end to Zuma’s almost nine years in office.

The national working committee (NWC) resolved last week that the NEC – the party’s highest decision-making body between conferences – should give Zuma the boot, and a meeting scheduled for last Wednesday was supposed to do just that.

The meeting was, however, cancelled, after Ramaphosa said there was a “change of tone” from Zuma’s side – and presumably this bought Zuma some time to negotiate his terms.

The Sunday Times reported on these, saying they ranged from a plea-bargain deal for Zuma should he turn state witness in the State Capture inquiry, to having his legal fees paid and security for him and his family maintained.

Whether a mutually favoured agreement on any of this has been reached is not known, but Ramaphosa would have to tread very carefully because he wants to keep appearances squeaky clean and credible.

The party’s Top Six met on Saturday, reportedly without Zuma. Unlike at the party’s birthday rally in East London a month before, when he was a special guest since he’s no longer a party office-bearer, Zuma did not feature at the Madiba rally.

It’s considered a near certainty in the ANC that Monday’s NEC meeting will put the final nail into Zuma’s presidency’s coffin.

A veteran explained why:

“Zuma has been insisting that nobody’s ever told him what he has done wrong, even though many of us [veterans] have explained this to him,” he said. The veterans have been at the forefront of calls for Zuma to go.

Expecting Zuma to step down of his own accord is therefore optimistic, and it would also explain why Zuma has insisted in previous meetings that the ANC hasn’t formally requested him to step down and that he therefore couldn’t.

“Once the NEC tells him to do so, Zuma will be able to say that he is stepping down, as a disciplined cadre, on the advice of the ANC.”

Getting Zuma to resign with it looking like an admission of wrongdoing would be contrary to the line he has been pushing, since becoming ANC president over a decade ago, that he only did what the people and the party requested him to do.

From his lunch with the veterans at the Taj, Ramaphosa walked with party officials to the Grand Parade nearby. Ramaphosa and ANC deputy secretary Jessie Duarte were seen practicing their royal waves like BFFs, with party chairperson Gwede Mantashe and the hot air-filled spokesperson Pule Mabe following on their heels.

At the rally Ramaphosa told South Africans to be patient as Monday’s NEC meeting would seal Zuma’s fate – for real this time.

This patience has already apparently worn thin in the Western Cape, with many party faithful telling activists they refused to attend the rally if Zuma was not fired.

Many apparently made good on their threats, as the rally was poorly attended with barely a third of the area fenced off for crowds filled.

Twenty-eight years ago, when Nelson Mandela was expected to greet the people fresh from prison, things were slightly more chaotic, but the Parade was filled with people.

Sunday’s security involved X-ray scanning at entry and high fences with special space for the media and for elderly and important comrades, as well as snipers on the balcony where Mandela spoke from then (and where Allan Boesak was frantically running up and down requesting the comrades to make space).

Twenty-eight years ago a mellowed squad of apartheid security forces kept the peace in the crowds, although there were a few jumpy moments when impatient members from the crowds tried to loot nearby shops.

It was also not like Mandela’s 15:00 start was scripted back then. Unlike Ramaphosa, who started on the minute this Sunday, Mandela had kept the crowd in electric anticipation for hours – unintentionally, because such is the nature of spontaneous politically historical moments.

Whereas Ramaphosa’s crowd struggled to keep it together in song even for the national anthem (one young man angrily swore through the entire Afrikaans verse of Die Stem, although a few small groups did muster some songs on unity on their way from the buses), Madiba’s crowd was all song in those waiting hours.

Madiba’s crowd was racially more diverse than the latter-day one, although Ramaphosa, with a message of reconciliation, managed to attract a slightly bigger proportion of white and perhaps also coloured fans than Zuma had in the past.

Even though Ramaphosa waxed about the new start the ANC was about to make by removing a corrupt administration from government, the mood fell far short of the unbridled hope of a better future free from apartheid’s corruption that there was on the Parade on 11 February, 1990. Or perhaps the idealism of my 15-year-old self who was there that day was a lot purer.

After the rally, Ramaphosa and ANC officials met with “international friends” of the party, mostly diplomats. Even Duarte, who has previously expressed her preference for Zuma to stay, told those at the meeting it would all be resolved by close of business on Monday. ANC treasurer-general Paul Mashathile said so too, but he’s cried wolf a week too early on this anyway.

His predecessor, Zweli Mkhize, who is said to be up for a big job like finance minister or something in the economics cluster and who has courted ambassadors before, was also at the meeting.

Ramaphosa talked economy and business with some diplomats, many of whom say they foresee a new political life for South Africa after Zuma. DM