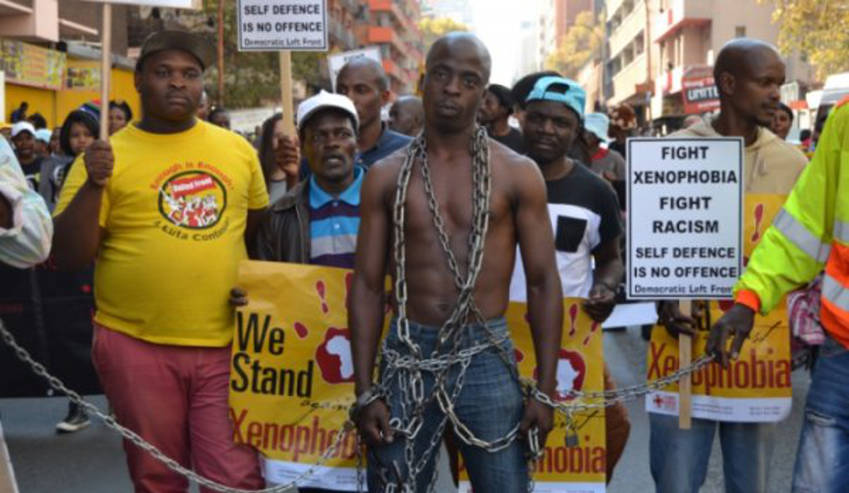 After almost 24 years of democracy South Africa still has no official records of hate crimes. By ORATENG LEPODISE.

“The impact of hate crimes on society in South Africa is grossly underestimated on every level, from the individual citizen to the economy of our country,” said the Hate Crimes Working Group in its five-year report looking into hate crimes and discrimination in South Africa, and released on Thursday.

The lack of records and monitoring is a major problem. Hate crimes are usually “message” crimes and take place to send a strong message from the perpetrator to the victim – both physical and verbal. It could be an incident of looting as an act of xenopobia, or an act of racism. Due to the lack of statistics, it is difficult to establish who the perpetrators of hate crimes are.

According to the Hate Crimes Working Group, the South African Police Services are unable to record crimes as hate crimes and as a result there is a lack of statistics on such crimes.

Hate crimes can affect the ability of victims to function normally and make a meaningful contribution to society.

According to the report, 50% of hate crime cases have an emotional impact on victims and 7% of these emotional changes have been accompanied by mental effects. On the other hand, 35% of the cases have impacted on the victims’ economic well-being and 27% of victims experienced negative changes in their living conditions.

According to the report most victims refrain from seeking assistance from the police, because of the reaction the police have towards hate crimes.

The report shows that 66% incidents were not reported to the police; and reasons for this include but are not limited to:

The report also highlighted the fact that in 20% of all crimes reported to the police, the police had been witnesses of these crimes and in 22 of these cases the police did not provide any assistance whatsoever.

In 2016 a hate crimes bill was drafted by the Department of Justice and Correctional Services and was published for public comment. To date it has not yet been finalised into law.

“The hate crimes bill will be considered and approved by Cabinet during the February Cabinet cycle and then submitted to Parliament as soon as possible thereafter,” said Steve Mahlangu, deputy director media liaison officer at the department.

According to the Hate Crimes Working Group, having a hate crimes law will help prosecutors to understand how to prosecute people accused of hate crimes.

Attacks against non-South Africans took place in the late afternoon or early evenings.

“The peak around early evening is also noteworthy, as this is the time of the day during which many victims made use of public transport in the form of minibus taxis or buses, or when they were walking home,” said the Hate Crimes Woking Group in their report.

A total of 35% of these victims were either lesbian or gay, while 8% were transgender.

According to the Hate Crimes Working group, for there to be change, guidelines for responding to hate crimes should be drawn up. This is because not all vulnerable sectors are adept at dealing with such incidents. Drawing up guidelines might help civil society to advise and assist local government structures in how to manage communities against hate crimes effectively. DM

Photo:Marchers against xenophobia in Johannesburg in April 2015. Photo by Bridget Mnyulwa of Sonke Gender Justice.