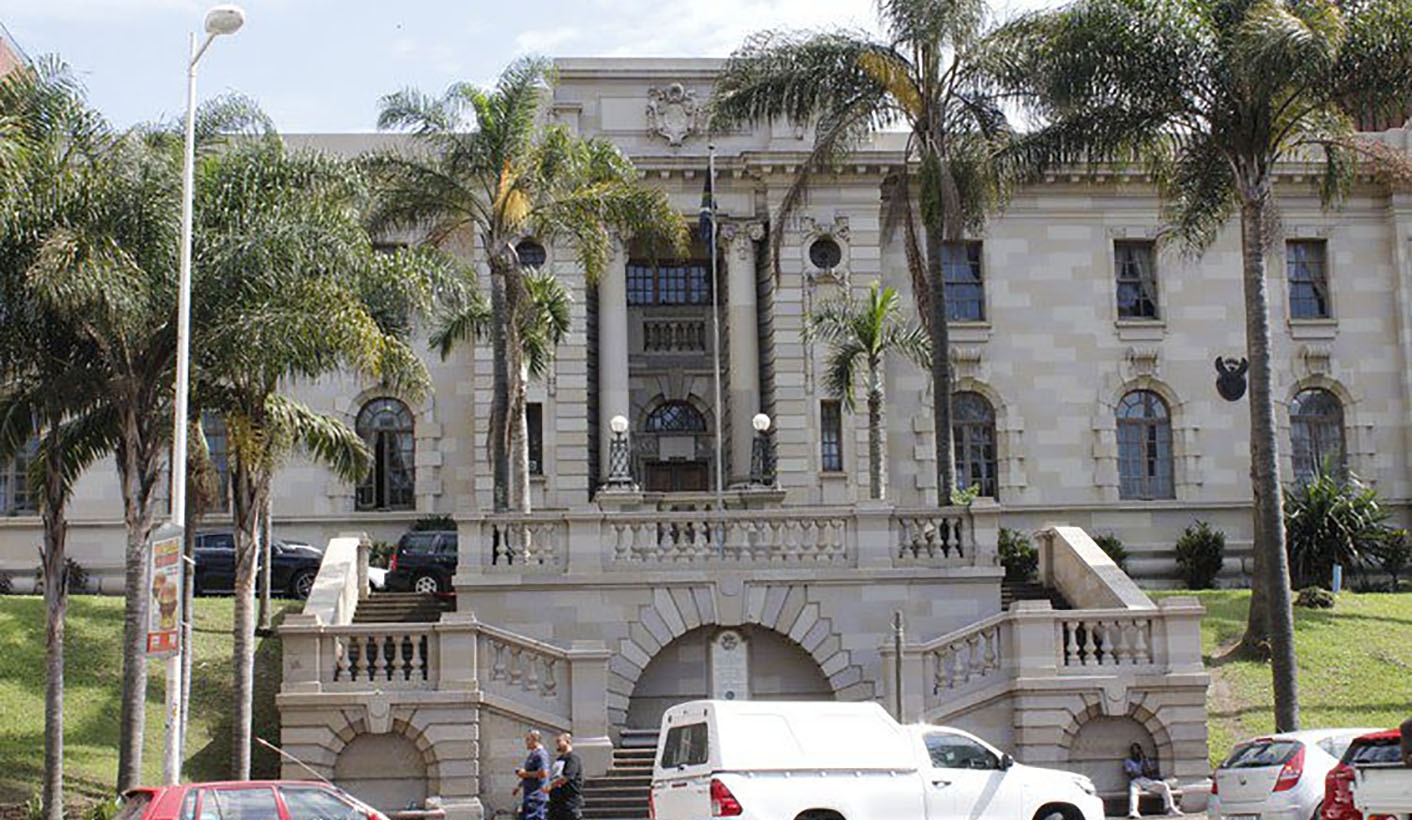 What is the right balance between economic development and environmental protection? This is the issue raised in a court battle over a new industrial development in south Durban. By Mluleki Marongo for GROUNDUP.

On 11 December 2017, the High Court in Durban heard a case brought by the South Durban Community Environmental Alliance, a civic organisation which aims to protect air, water, and soil quality. The alliance challenged the decision of the KwaZulu-Natal MEC for Economic Development, Tourism and Environmental Affairs to grant environmental authorisation for the construction of a logistics and distribution park.

The site of the park is in the South Durban Industrial Basin, very close to the suburbs of Clairwood, Mobeni and Jacobs, which are already part of an industrial hub. The plan approved by the MEC includes warehouses, buildings, parking places and a yard to service heavy lorries.

The alliance believes that the development will cause a danger to the health, air quality and well being of the surrounding communities. They are also concerned about the noise from the trucks and that children, most of whom walk to school, would be at risk of being run over.

The alliance, which has a long history of fighting for clean air in the area, says under apartheid people were deliberately housed in the area to facilitate easy access to cheap labour for industry. As a result, residents live near toxic dumps, sewage treatment plants, and polluting industries and bear the public health costs associated with the petrochemical industry. These health costs include high levels of asthma, severe chest complaints, and cancer, says the alliance.

The land on which the park would be built is owned by Capital Property Fund, which made an application to the MEC’s department in order to develop the land and comply with the requirements of the National Environmental Management Act (NEMA).

Before the Department could grant approval it had to consult interested and affected parties. An environmental assessment practitioner was appointed to investigate the potential damage to the environment. An environmental impact report was compiled and issued. On 29 May 2015, the department granted the environmental authorisation. The alliance appealed, unsuccessfully, to the MEC and then approached the High Court seeking an order to compel the MEC to reconsider their appeal.

The alliance presented four major arguments to support their requests. They said:

The MEC opposed the challenge, arguing that the authorisation was done in terms of the law, that the environmental impact report had met all legal requirements. He said the report had considered the air quality issue and concluded that the increased emissions would only have a minor impact on the air quality. He also said he had considered the two health studies and available evidence suggested no need to investigate the matter further.

Capital Property Fund also opposed the alliance’s challenge. Its reasons closely mirror the MEC’s. The fund argued that there would be no significant danger to the health of local communities from the development and the use of heavy haulage vehicles during the construction and operation of the park; that the air quality issue had been assessed and addressed; and that the alliance had not proved that the park would generate disproportionate vehicular emissions.

The key question raised by this case is the balance between economic development on the one hand and environmental impact on the other. Section 24 of the Constitution gives everyone the right “to an environment that is not harmful to their health or well-being” and requires that laws are passed to “secure ecologically sustainable development”. South Africa has many laws that aim to strike a sound balance between the two, and the Community Alliance’s case shows that the interpretation of these laws and their implementation remains an issue of concern for communities seeking to protect their constitutional right to a healthy environment.

Photo: The High Court in Durban is to rule on an application to prevent a new industrial development in South Durban. Photo: Nomfundo Xolo