ISS Today: Madagascar’s Hery must avoid the worst plague of all 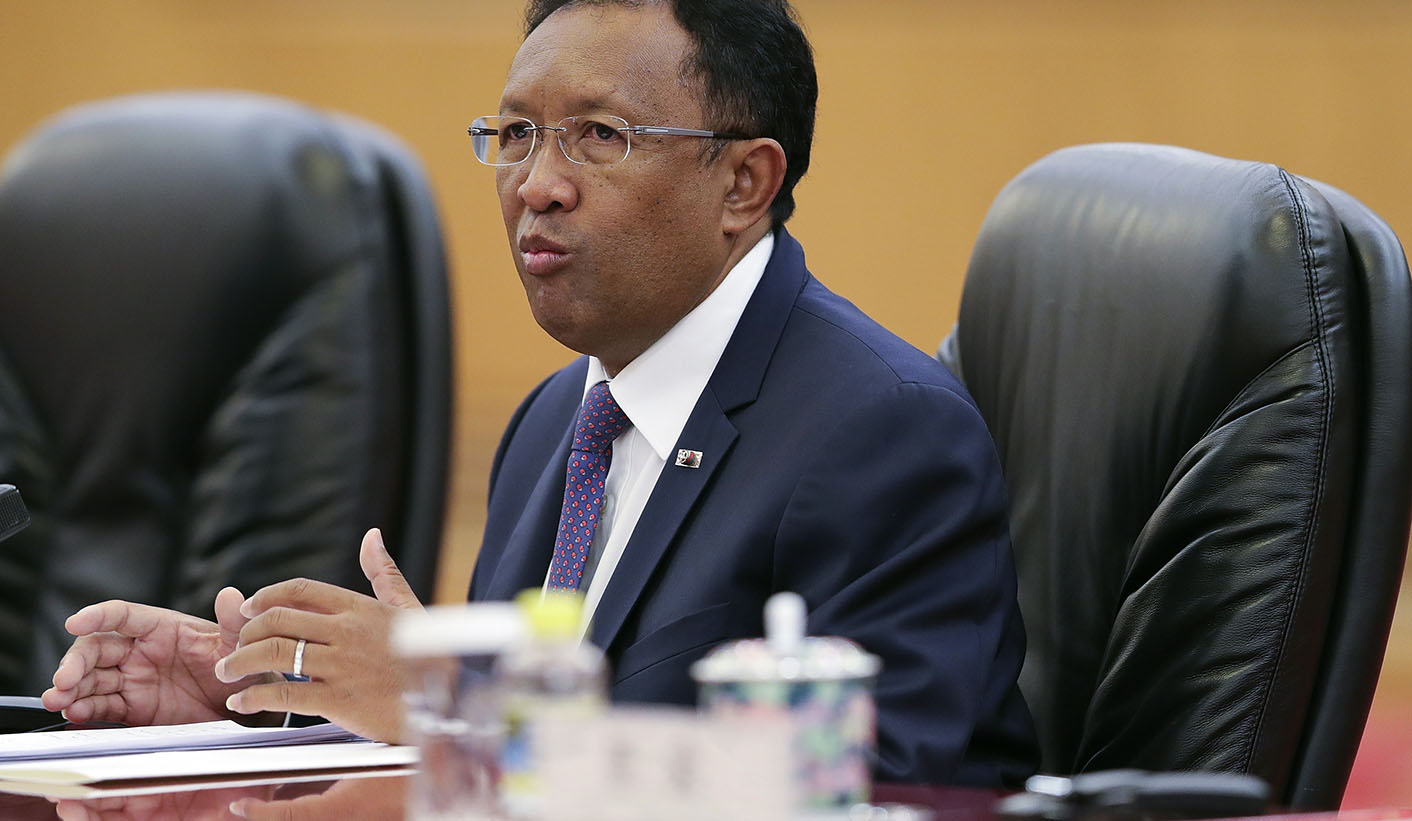 A return to political turmoil would be worse than locusts, droughts, cyclones and the bubonic plague. Peter Fabricius for ISS TODAY.

Madagascar’s President Hery Rajaonarimampianina must be feeling rather like a pharaoh of the Old Testament. During the past four years when he has governed the country it has been visited by an astonishing succession of plagues.

First locusts consumed vast swathes of farmland, then droughts, cyclones and floods hammered the Indian Ocean island state, adding to the destruction. Finally, last year, the plague itself – both bubonic and pneumonic – struck the country, infecting over 2 000 Malagasy and killing more than 200, according to the World Health Organisation. Hery must be bracing himself for frogs.

He probably feels he has been the undeserving victim of acts of God, having done a competent if not spectacular job of keeping the country on an even keel. In November last year, the International Monetary Fund (IMF) justified the release of a further $44.5-million in credit to Madagascar by saying the Hery government’s implementation of its economic programme supported by the loan “has remained strong”.

“All quantitative performance criteria and indicative targets were met at end-June 2017, and the programme’s structural agenda is also advancing. The gradual economic recovery has continued, with solid growth and continued macroeconomic stability despite the drought and cyclone that affected Madagascar in early 2017. Fiscal performance has been roughly as planned, with strong revenue performance offsetting some unexpected spending pressures in 2017.”

But the IMF also issued a strong warning that: “The approach of national elections planned for late 2018 poses risks for the recent improvement in political and economic conditions.” Indeed the worst plague that could be visited on Madagascar now would be a return to the political instability which bedevilled the country, especially between 2009 and 2013.

The status quo ante, as the IMF pointed out, “is a fragile state with recurring political instability and weak governance, which historically impeded revenue collection, public and private investment, social spending, and external donor support. Consequently, per capita income has stagnated and most social indicators have deteriorated. The political crisis following a military coup (2009-13) aggravated these trends”.

Unlike the other plagues which were mainly beyond Hery’s control – though the disease is in part the result of poverty – a return to political turmoil would be a purely man-made plague. And word is out that Hery is contemplating action that could lead that way.

Politically, it’s been a relatively quiet four years since he won the presidential elections of December 2013. That poll was supposed to draw the line on several years of upheaval which climaxed with Antananarivo mayor Andry Rajoelina toppling elected president Marc Ravalomanana in a military coup in June 2009. Ravalomanana fled to exile in South Africa.

The Southern African Development Community (SADC) and African Union (AU) both suspended Madagascar’s membership because of its official disapproval of coups. SADC launched an effort to mediate an end to the political crisis. Eventually it persuaded all the politicians to accept the so-called “ni-ni” solution to the bitter Rajoelina-Ravalomanana rivalry, whereby neither of them would stand in the 2013 poll.

Hery, who was endorsed by Rajoelina, beat a relatively unknown doctor, Jean Louis Robinson, backed by Ravalomanana, in the second round. He almost immediately fell out with Rajoelina though and, despite the urging of SADC, wouldn’t allow Ravalomanana back into the country. But the latter flew back to Madagascar in October 2014 under the radar, was arrested, held under house arrest for a while and then eventually released.

Now both Rajoelina and Ravalomanana are gearing up to fight this year’s elections, both fuelled by huge resentments and a sense of victimhood and entitlement.

What impact either would have on Madagascar’s slow but steady recovery since 2013, if he won this year’s election, is impossible to predict. Maybe it wouldn’t be so good. But Hery, who plans to run for a second term, apparently doesn’t really want to wait to find out and is evidently looking for ways to have both of his main rivals disqualified from the presidential race before it starts.

His grounds for red-carding Rajoelina, informed sources say, would be to invoke Article 25(4) of the African Charter on Democracy, Elections and Governance which stipulates that: “The perpetrators of unconstitutional change of government shall not be allowed to participate in elections held to restore the democratic order or hold any position of responsibility in political institutions of their state.”

Hery is meanwhile contemplating knocking Ravalomanana out of the contest by recourse to the in-absentia conviction against him in the Malagasy courts in 2010 for alleged complicity in the fatal shooting by his presidential guards of protesters in 2009.

Hery’s advisers are allegedly telling him that his grounds for disqualifying Rajoelina won’t hold water as Article 25(4) has been considerably fudged over the last few years. The AU has indulged the likes of Egypt’s Abdel Fattah el-Sisi who, as military chief, helped topple elected president Mohamed Morsi in 2013 and then replaced his uniform with a suit and successfully ran for office as president; and Mauritania’s Mohamed Ould Abdel Aziz who likewise led two coups and then successfully run for president in 2009.

Hery’s advisers are also telling him that the 2010 conviction against Ravalomanana will not stand up to legal scrutiny as an obstacle to him running for office.

One can sympathise with a leader who has brought relative calm and prosperity to his country not wanting to relinquish control back to leaders who brought such instability and economic decline. But, whatever the merits or otherwise of the cases against his two rivals, trying to disqualify them from the presidential contest would probably just provoke the very turmoil he is apparently trying to prevent. DM

Photo: Madagascar President Hery Rajaonarimampianina during a meeting with Chinese President Xi Jinping (not seen) at the Great Hall of the People in Beijing, China, 27 March 2017. Madagascar’s president is on an official vist to China. Photo: EPA/LINTAO ZHANG / POOL