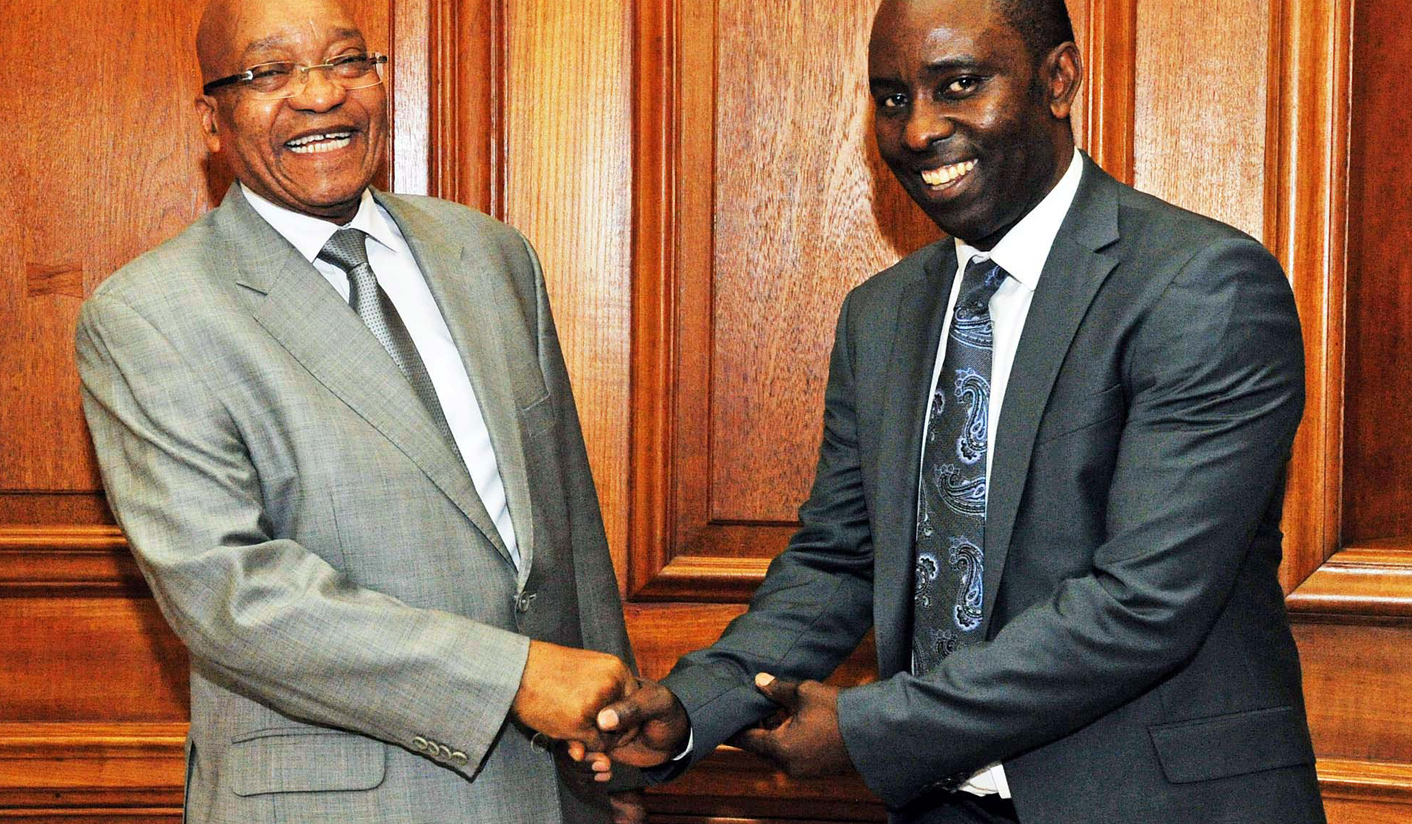 Tensions in the South African mining industry? What tensions? This was the outlook presented by Mineral Resources Minister Mosebenzi Zwane on Monday at the beginning of the 2018 Mining Indaba. In his keynote address Zwane made no mention of the controversial Mining Charter, currently the subject of a legal challenge by the Chamber of Mines, and in a Q&A session later on Monday he sought to downplay any conflict between industry and government. This transpired in the context of industry leaders saying their relations with Zwane’s department had reached an all-time low. By REBECCA DAVIS.

If Mineral Resources Minister Mosebenzi Zwane is getting a lot of sleep at the moment, he must be a man of unusually thick skin.

His personal political circumstances are fraught. The Hawks allegedly have Zwane in their sights for money laundering in collaboration with the Guptas, and if the police don’t get to him first, Cyril Ramaphosa’s axe will surely fall on Zwane come his first Cabinet reshuffle.

Zwane suffered the indignity at Davos recently of witnessing Ramaphosa tell the world that the Mining Charter personally championed by Zwane should be reconsidered if it was “holding [South Africa] back” from cashing in on a commodities boom. The policy requires black ownership in mining to be raised to 30%.

Proposed changes to the Mineral and Petroleum Resources Development Act have also caused an outcry from industry. Among the amendments is a proposal for the state to be given a 20% stake in any new gas and oil ventures.

On Monday, Chamber of Mines CEO Roger Baxter told journalists that the Mining Charter had been “unilaterally proposed” by Zwane and “probably developed in some back room somewhere”. Baxter said that the charter and the Mineral and Petroleum Resources Development Act had together led to “probably the lowest time in living memory for the mining industry in terms of regulation”, and added that the Chamber now refused to engage further with Zwane on the matter.

But if Zwane is feeling the strain from these pressures, the only sign of it on Monday was in a hoarse voice.

Opening the Mining Indaba, Zwane presented a rosy picture of South African mining, saying the industry had been in a period of “consolidation” and “recovery” for the past two years and was now ready to capitalise on the uptick in commodity prices.

Zwane said that he had met with two major mining houses wishing to extend their investment in South Africa, which he presented as par for the course now that the country’s “energy supply” has “stabilised”.

Referring to Eskom as a drawcard for investors might seem outlandish, given the electricity provider’s current state of financial decrepitude. It certainly raised eyebrows among analysts.

Grant Thornton’s Jacques Barradas expressed concern about the “issues currently being experienced by Eskom”, warning: “Investors or prospective new projects will demand more certainty for pricing and generation capacity for the long term.”

Zwane’s opening address concluded without mention of either the Mining Charter or the Mineral and Petroleum Resources Development Act, but elsewhere at the Indaba those topics were very much at the front of other speakers’ minds.

Norman Mbazima, the deputy chair of Anglo American, told the audience that net investment in South African mining had declined by over 50% since 2008.

“We cannot underestimate the negative effects of poor and inconsistent regulation,” Mbazima said, describing relations between industry and the Department of Mineral Resources as being at an “all-time low”.

Only if the current impasse over the Mining Charter was resolved, said Mbazima, could the “reset button” be pressed necessary to attract the needed funds back to South Africa’s mining industry.

Zwane wasn’t quite out of the woods for the day. Later on Monday, in a side session, he faced a question and answer session in which moderator Fidel Hadebe warned the audience that only questions pertaining strictly to mining would be accepted. It was not hard to imagine the alternative questions they feared from media.

Flanked by Trade and Industry Minister Rob Davies and deputy mining minister Godfrey Oliphant, Zwane said that the need for “policy stability” had to be balanced with the imperative of transformation.

In this he was aided by the presence in the audience of figures like Bridgette Radebe – South Africa’s first black female mining entrepreneur, and the wife of Minister in the Presidency Jeff Radebe – who upbraided Zwane for not making his Mining Charter more ambitious in terms of transformation targets.

“Minister, we also have a problem with you,” Radebe said. “You are very lenient about the charter. We wanted 51% [black ownership]; you gave them 30%.”

Some cynics might have wondered if the exchange was preplanned, as Zwane seized upon Radebe’s comments as evidence that nobody could be pleased by transformation targets in mining.

“You say 30% is not enough; [the mining industry] say ‘you have gone above our expectations’,” Zwane told Radebe. “People are complaining from all the sides.”

With reference to the impasse between government and industry over the proposed regulation, Zwane painted industry as intransigent and government as open to suggestion.

“We have not taken anyone to court. Our doors are open for engagement,” Zwane said. “At no stage have we said we no longer want to engage anybody. We are ready to engage, we are engaging here.”

Asked by a journalist what his response was to Ramaphosa’s suggestion in Davos that the Mining Charter be reconsidered, Zwane said: “Comrade Cyril is our deputy president” – an apparent reference to the fact that Jacob Zuma still holds the reins.

“Since he came back we have been engaging on other issues, but that matter has been raised with us and is not a new matter,” Zwane said. “We welcome the positive mood set by the deputy president.”

The positive mood set by the deputy president did indeed seem to have infected this year’s Mining Indaba, even allowing for the ongoing regulatory tension.

Anglo American’s Mbazima paid tribute to the “credible outcome” of the ANC’s 2017 electoral conference, and said that the industry was “hopeful” of an “improvement in the political environment”.

Department of Trade and Industry Minister Rob Davies was singing from the same hymn book, too, saying that the ANC’s new leadership had resulted in “new energy around solving domestic constraints”. Davis reiterated that at Davos, Team South Africa had experienced “a new mood of optimism about South Africa and its prospects”.

Of course, it wasn’t just Ramaphosa giving a boost to the air inside the Mining Indaba. Among investors and mining houses there was a sense of new confidence as a result of the commodities boom.

“The mood in this room is much more positive than it’s been for many years,” announced Mining Indaba MD Alex Grose.

Outside the room, however, the fractures within South African mining are alive and well. Later this month, the North Gauteng High Court will hear the legal challenge to the Mining Charter launched by the Chamber of Mines. Anyone hoping for a last-minute resolution to the tensions outside the courtroom would have found scant reason for encouragement from either the Mining Minister or industry on Monday. DM