Analysis: 22 February 2018 – the date by which the Zuma Presidency must end 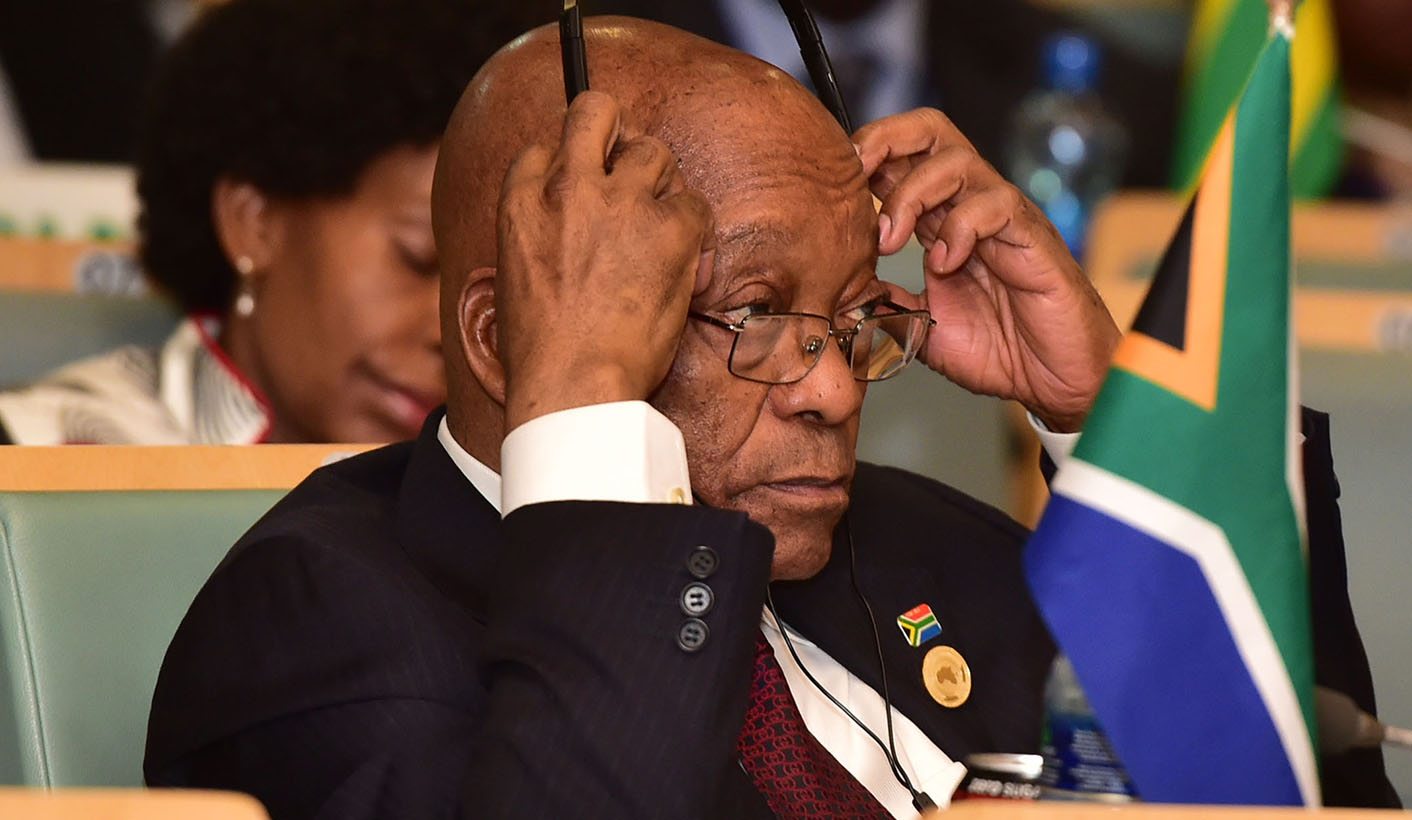 President Jacob Zuma has survived so many attempts to dethrone him that it is hard to believe that, in the next few days or weeks, it may actually happen. At the same time, many questions have been asked as to whether the ANC would survive his presidency, this being perhaps the dominant dynamic since at least the sacking of Nhlanhla Nene. But now we have a final date by which the Zuma presidency has to end. By the 22nd of February, the day of the latest no confidence vote in him, either he will be gone, or the party will suffer massive long-term damage. The choice is now that stark. By STEPHEN GROOTES.

It may seem hard to even start believing that Jacob Zuma has entered his last month in power, but this time around it must surely be this simple. It is no secret that much, or more likely most, of the ANC wants Zuma to leave office. From his side, the party’s leader Cyril Ramaphosa has done more than signal this through his various interviews, particularly on CNN. On Friday, the party’s Treasurer, Paul Mashatile, told CNBCAfrica that it would be better if Zuma went, saying, “We want a situation where there is one centre of power and there are not tensions. And the best possible way is if the state president exits….”.

From around Wednesday last week it became publicly known that the ANC’s Top Six were meeting Zuma over the weekend with the issue of him exiting being a lone point on the agenda. And there was no beating about the bush: the new leaders wanted the public to know that they were going to ask Zuma to leave. This surely indicates that most of the Top Six will place pressure on Zuma, and if they come away empty-handed it’s because he has refused to budge. This would then strengthen their hand should they need to call a special national executive committee meeting, as it was claimed on Suday, to hold a vote on the issue, before possibly going to Parliament for the final vote of no confidence.

Up until this point, the main question had been whether or not Zuma would give the State of the Nation Address. But while that question would affect the relative power ratio of Ramaphosa/Zuma and their supporters, it would not necessarily be calamitous either way for the ANC. It could still survive for the moment, and the struggle would simply become more intense.

However, the decision by the National Assembly Speaker, Baleka Mbete, to give the opposition parties the date of 22 February for their confidence vote changes all that. It will be impossible for the ANC to survive such an event.

It would be easy to say that the reason it would not survive is simply because it would be incredibly humiliating to have to protect and defend someone who most of the party has now rejected. And it’s not just because an overwhelmingly large section of society appears to be ready for the end of Zuma. It is for a much bigger and more important reason.

The ANC can now no longer control all of its MPs in a confidence vote on Zuma. If they are told to defend Zuma, they will be going against absolutely everything the new leadership of the ANC has been saying; all of Ramaphosa’s comments will be politically null and void. It would be an about-turn of the highest order. And there would be many ANC MPs who simply could not stomach it; they put their political lives on the line by campaigning against Zuma last year.

But, if ANC MPs then vote with the opposition parties, there will be other ANC supporters who would be frustrated to watch “their” MPs voting with the DA and the EFF.

This kind of issue would split both the ANC and its support base. It would show exactly the problems and dynamics that the party faces. It would be the perfect illustration of how the tensions within the party which nearly led to a split in 2017 have not gone away, and still threaten to tear it apart in the longer term.

This would also be seen on the actual floor of Parliament, live on TV, in front of the nation. It is entirely possible that ANC MPs told to back Zuma would rebel, and give speeches attacking him from the floor. People like Jackson Mthembu, Mathole Motshekga, Pravin Gordhan and Mondli Gungubele, among others, surely would not publicly defend him. But if ANC MPs are told to vote against Zuma, others could rebel and give speeches defending him. David Mahlobo, Bongani Bongo, Bathabile Dlamini, Nomvula Mokonyane, among others, may speak in his favour. And when the vote came, even if it were by secret ballot, it would be obvious that the ANC had not voted on this by party lines.

The numbers suggest Zuma would still be voted out, that the opposition parties votes combined with those in the ANC who want him gone should easily get past the magic number of 201. But for the ANC, the chaos would be just beginning. The party would now have to nominate someone to be president. It seems it would have to be Ramaphosa, if just because he will need his hands on state power immediately, so as to grasp control of the intelligence services. But would those who voted to retain Zuma, the Mahlobos and Mokonyanes of the world, vote for him? And if they didn’t, and the opposition parties put up their own candidate, could the vote actually lead to no clear winner? The end result of all of this is probably an early election.

Taken as a whole, this is surely a situation, a showdown, that the ANC cannot afford to face. It cannot afford to be so divided so publicly in Parliament. Certainly, it would want to avoid tearing itself apart and allow an early election, particularly in the state it would be in after such an event.

So then, if this is the scenario, the ultimate end to this problem for the ANC, with the clock now ticking towards the 22nd, what does that mean for Zuma’s negotiating position?

It possibly means that he can put a gun to the head of those whom he is negotiating with. He can threaten to pull down the pillars of the temple and ensure its demise coincides with his. That message will not be lost on one of his negotiating opponents, Gwede Samson Mantashe.

This also means that he can extract a higher price. Zuma could try to demand some kind of public deal, some guarantee that he will not be prosecuted. This would have to extend to Duduzane Zuma and others as well. He may also ask for a political statement that the ANC considers him a hero, and not someone to be condemned, so as to allow him to publicly proclaim that he did nothing wrong. In other words, he would try to ensure that he has an acceptable legacy, even if everyone concerned knows that that is nonsense.

Zuma would also know that the longer this goes on, the closer it gets to the 22nd of February, the more pressure Ramaphosa and his team will be under, which means they are more likely to grant concessions, whatever these may be. This means Zuma may well deliver the State of the Nation, despite the humiliation he could face in Parliament while doing so.

So many times we have been told that Zuma is about to be written off. Every time he has proved victorious, even if damaged in the long run. But now the endgame is near. He may well take the ANC all the way to the brink of its own demise as the party we currently know. Either way, everything is about to change. DM