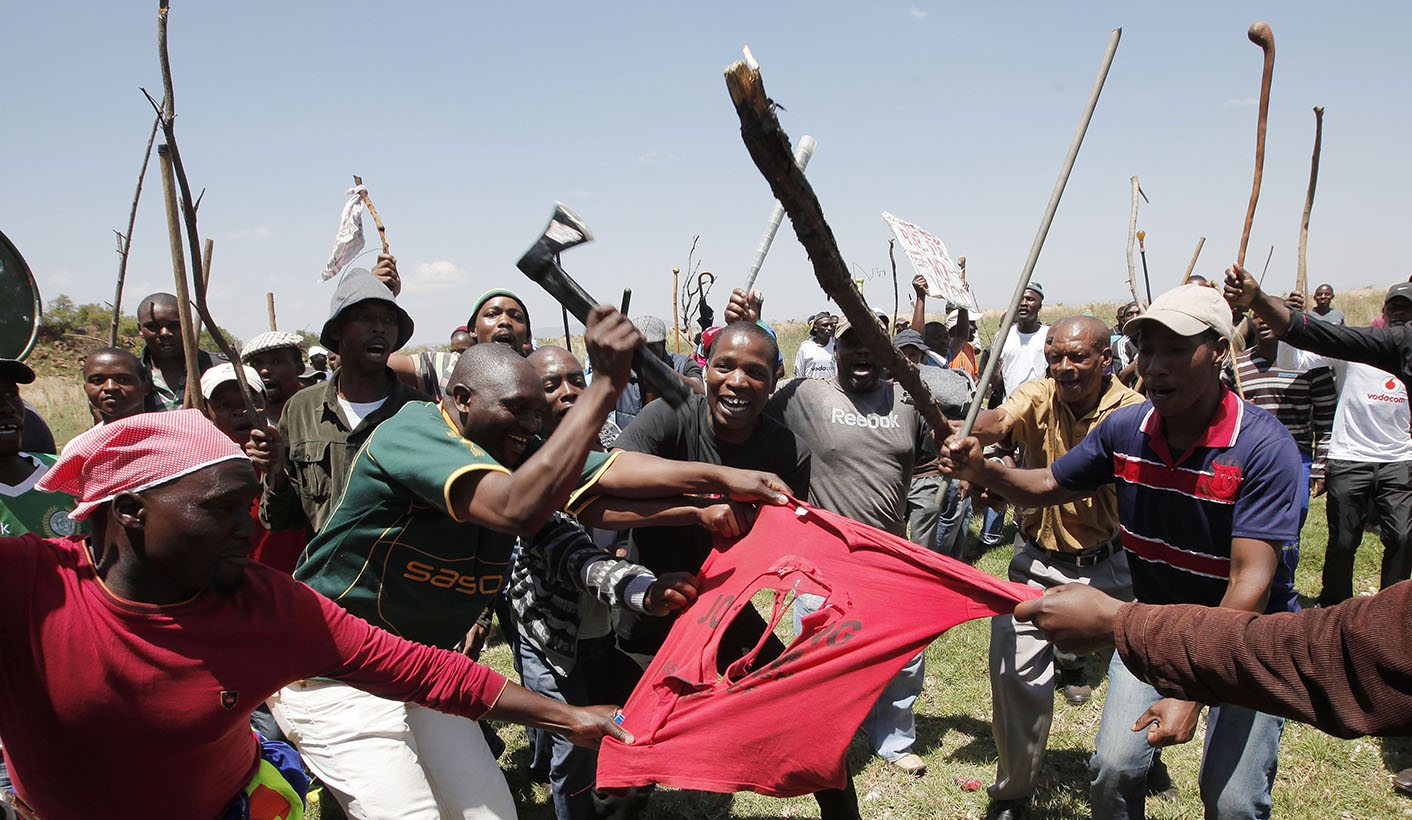 Although the right to strike is a sign of a healthy democracy and serves to balance the power of employees and firms through collective bargaining, protracted and/or violent strikes are likely to be a disincentive to potential mining investors. By JOHAN OLIVIER.

In one of its most recent surveys, the Chambers of Mines estimated that the mining industry was responsible for creating approximately 450,000 direct jobs in South Africa. The most recently published Fraser Institutes research also reported that South Africa had Labour Regulations/Employment Agreements and Labour Militancy/Work Disruptions which could act as a relatively high deterrent to investment. One of the key contributors to this figure is likely to be strike actions. In a time where unemployment rates are escalating, the need to ensure growth and stability of the mining industry, including its labour relations, has never been more acute.

Although the right to strike is a sign of a healthy democracy and serves to balance the power of employees and firms through collective bargaining, protracted and/or violent strikes are likely to be a disincentive to potential mining investors. Research published by the Mandela Initiative, suggests that although the frequency of strikes has decreased substantially in South Africa since 2000; it appears that when they do occur, they do more intensely. This trend has played itself out clearly in the mining industry.

The parties to the Accord are the Government (including State Institutions like the CCMA and Bargaining Councils), employers’ organisations and trade union federations and their members. In its broadest terms, these parties have undertaken to ensure that, should violence, intimidation or the threat of harm occur in strikes, they will do everything in their power to ensure that the strike is solved as promptly as possible. The Code details the practical application of the Accord. It will provide guidance on collective bargaining and dispute resolution among others. In terms of their effect, anyone interpreting the Labour Relations Act (LRA) must take the Code into account as well. As things currently stand, however, the trade union federation, Saftu (of which Numsa is a member) and the trade union AMCU have not signed the Accord. As such, the full benefit of the Accord and the Code at addressing violence and improving effectiveness of collective bargaining has not yet been felt.

This may, however, be addressed in part by the coming into force of the the Labour Relations Act Amendment Bill (Amendment Bill), published in November 2017 and likely to come into force in 2018. The Amendment Bill reflects in part the agreement reached on the employer demands regarding the introduction of legislation to curb violence during the course of a strike. To the extent that these are passed into law, they will be binding on all employers and employees.

Two key ways which the Amendment Bill will curb violence during the course of a strike is through:

Unfortunately, the amendments do not include specific provisions requiring a ballot before strike action is embarked upon as trade union opposition thwarted attempts to include these.

Although there are a number of problems with the way in which the amendments have been drafted, they should nonetheless be welcomed by employers as a positive step towards curbing lengthy and drawn out strikes which may lead to violence. From the employer’s perspective, they should now seek advice on incorporating the provisions of the Accord and the Code as well as the amendments to the LRA in their recognition agreements. The training of negotiators sufficiently skilled to avoid drawn out strikes and disputes should also be supported. Employers should also look at more creative ways to settle wage disputes before they turn into strikes.

The real sweetener to this positive development would be if we could all work together to get all trade unions to sign the Accord and support the Amendment Bill and the Code. DM

Johan Olivier is a partner at Webber Wentzel