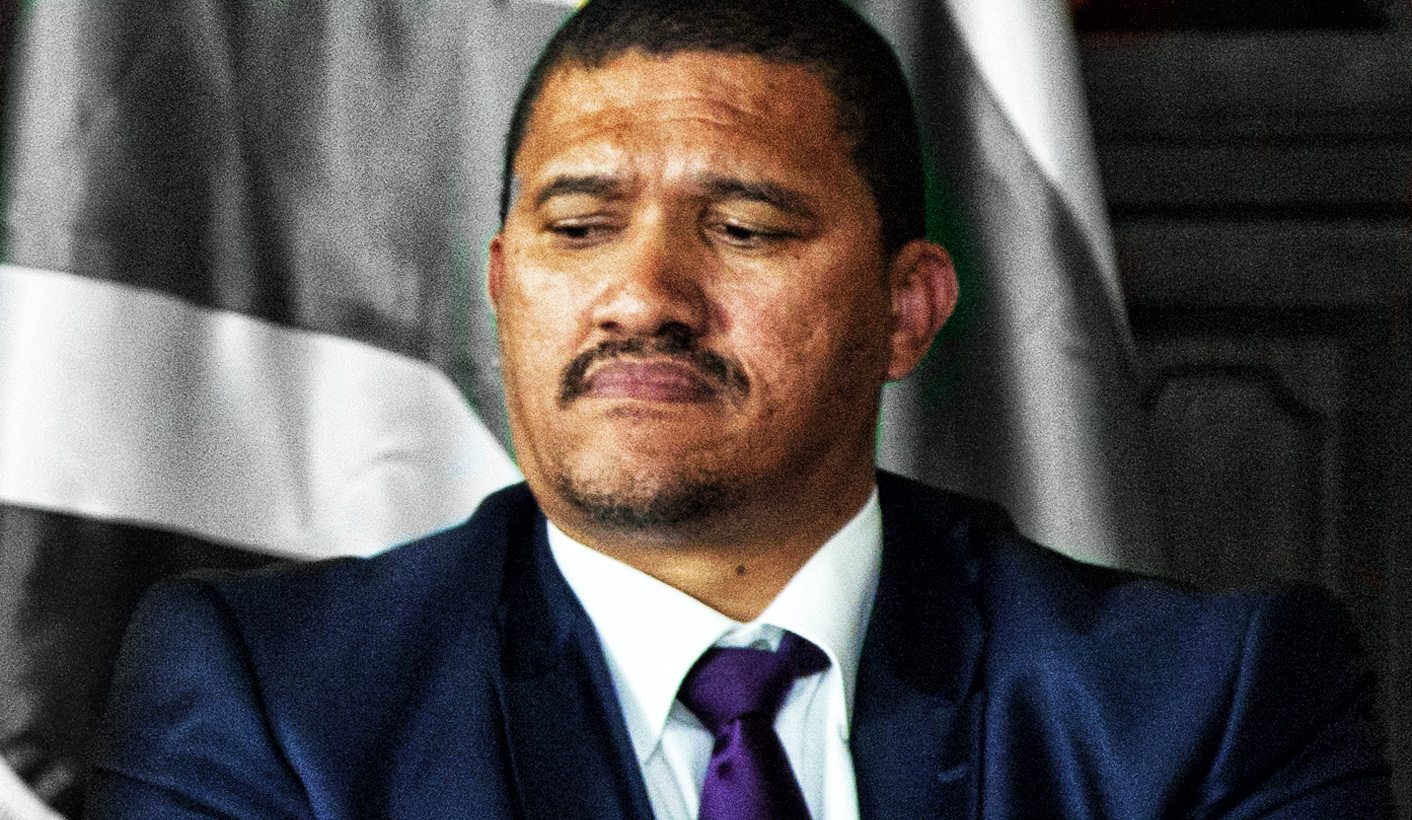 Marius Fransman released a “discussion document” entitled “The ANC and those classified as coloured” on 23 January 2017. It is claimed this missive emanates from his pen. For those who know him, stringing a coherent spoken sentence together has always been a challenge for Fransman and he invariably uses people to write for him. Be that as it may, he claims ownership of the garbage published, so let the trash be taken out. By PHILLIP DEXTER.

The Cape Forum was established when Marius Fransman was suspended from the ANC after being found guilty of bringing it into disrepute. His behaviour, sexual harassment claims included, had reached a level even his political protectors could not support. He was disciplined and suspended from the ANC for five years. To try to maintain some political relevance, Fransman launched this NGO, The Cape Forum. The previous one, Ruminet, having been used to misappropriate millions of rand that belonged to the ANC, had to be closed down quietly to avoid these millions being investigated.

In the document in question, Fransman attempts to set out the grievances he claims coloured people have – dispossession of land, First Nation status, general discrimination, and political marginalisation. Apart from the fact that Fransman’s attempt to define all coloured people as descendants of the Khoikhoi is ahistorical and factually inaccurate, the grievances he lists are ones the ANC has been grappling with for decades and in the Western Cape successfully, up until 2006, when leaders such as Ebrahim Rasool and Mcebisi Skwatsha were removed by an intervention from the ANC HQ.

This intervention brought the “Home for All” strategy to an end and ushered in a period of opportunistic marginalisation of coloured people in the ANC structures. It is a matter of historical record that the leader of the ANC during this time was none other than Fransman himself. Fransman colluded with those who marginalised branches in the historically coloured areas.

The only virtue of the Fransman document, apart from it unmasking him as a dyed-in-the-wool chauvinist, is that it raises the national question as being the pertinent political one. It takes a sharp right there and then proceeds to address the narrow claims of a section of people who were classified as coloured under apartheid. The national question has been at the centre of the national liberation struggle’s programme of change – the National Democratic Revolution – ever since the ANC was formed. While the conceptualisation of the NDR is constantly contested, it has had a non-racial character since the 1950s and, in that context, has been a space for the issue of identities to be debated. Given our colonial history and the legacy of that experience and apartheid, it is inevitable that the very notion of being a South African is itself complex. That complexity, located in a contested Africa and contested global terrain, means that when we grapple with the national question we must take into account multiple conceptions of race, class formation and gender discrimination, exploitation and oppression. Understanding society as being constructed with social categories such as black, white, coloured, African, South African, as well as men, women, Christian, Muslim, Jew, atheist, agnostic, etc., together with other historical identities such as Malay, Indian, slave, etc., means that attempts such as the Cape Forum one are ham-fisted and opportunistic.

Fransman, Sammy Claasen and others who run in that gang have never taken the issue of the national question up in ANC structures. For them to now seek to criticise the ANC for having neglected the issue is simply dishonest. It is a strategy driven by a narrow petit bourgeois interest they seek to advantage, which is to position themselves in business as recipients of patronage in the name of coloured empowerment and to mobilise a political base to vote for them in the 2019 elections. Having previously been involved in parties such as ICOSA and the ID, such elements have a conscious strategy to set up small parties and negotiate for places in coalition politics.

It is their democratic right to do so, but to claim in an arrogant and self-aggrandised manner that they do so in the interests of the First Nation, coloured or Khoikhoi people is just nonsense. Claasen has also claimed to have been charged with raising the national question in the ANC structures. He could not be so charged as it is a legitimate political issue and one the ANC PEC discussed in its last but one meeting. A paper on the topic was presented by Comrade Pallo Jordan and is currently being discussed in ANC structures with an event in the Overberg this coming weekend. What Claasen has been cautioned on is his involvement in the attempt to launch a breakaway party in the form of the Cape Forum. He has been told to choose between the ANC and this new party.

Any cursory examination of ANC policies and practices shows that:

The Cape Forum is clearly a crude attempt by Fransman to insert himself as the leader of coloured people and to hijack their broad and diverse interests for his own narrow, personal gain. This is no different from how Fransman behaved in the ANC, where he rigged elections, destroyed structures of the movement, colluded with African chauvinists and reduced politics to a mixture of entertaining himself with a variety of women and funding these habits with the ill-gotten gains of rigged tenders. Fransman is a cheap, corrupt, two-bit con artist and the Cape Forum is just his latest trick. It is a smokescreen for him to continue his corrupt activities and to contest politics based on a reactionary conjured up ethnic ticket.

A real dialogue on the national question is needed. But it must be led by credible, mature, honest leaders and not by carnie folk. DM