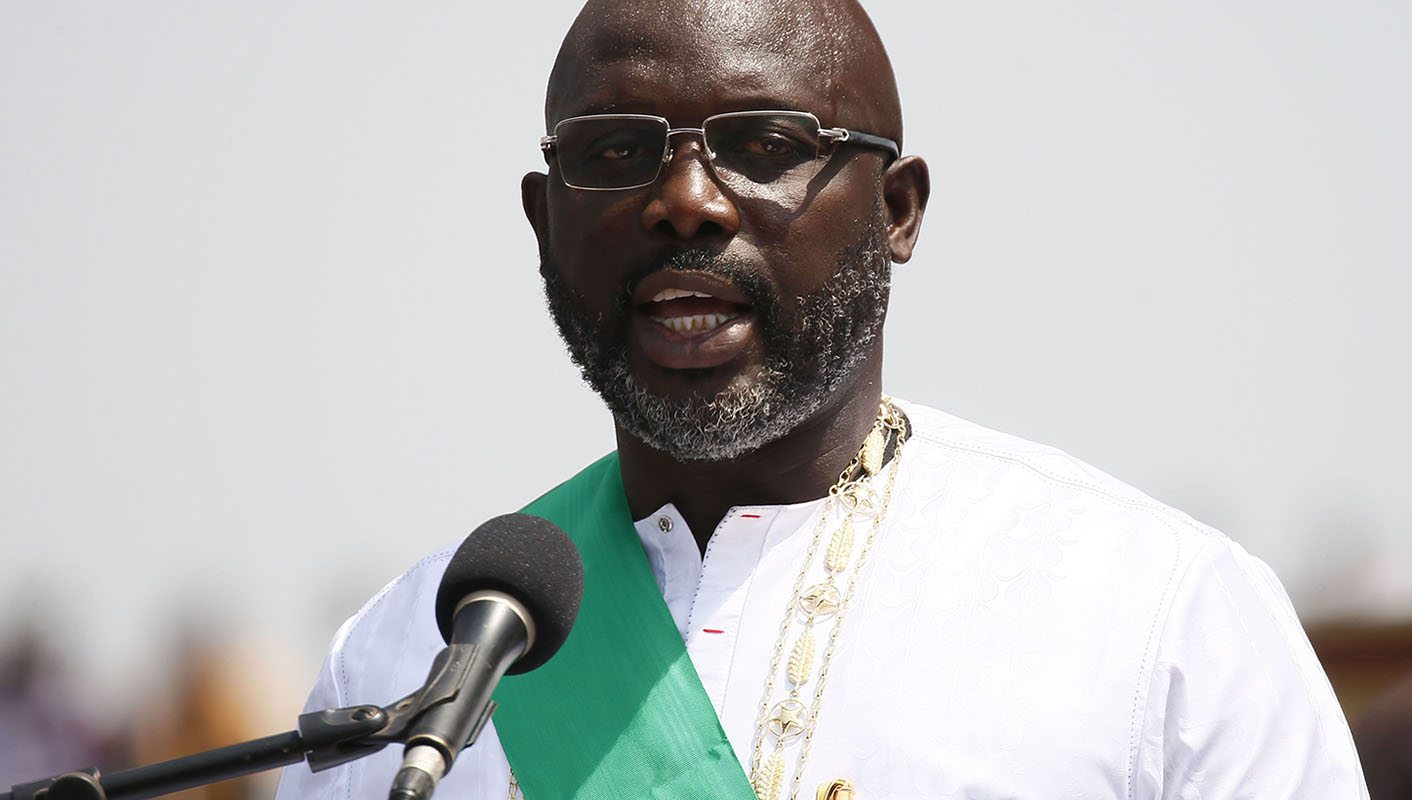 Having secured the youth vote, hopes are high that the new president will indeed bring change. By Muneinazvo Kujeke and Aaron Weah-Weah III for ISS TODAY.

“This victory could not have been possible without the support of the youth of this country,” said George Weah as he was sworn in as Liberia’s 25th president on Monday 22 January.

At 51, the former football sensation has promised to bring down the barriers and raise youth development in post-conflict Liberia. As he begins his first term in office, after a much-publicised 2017 election season, it’s time to weigh in on whether he can deliver on the promises he made to the youth.

His election has raised the expectations of many Liberians, particularly its young people. Some of these are unrealistic, especially considering that the incoming government is inheriting a weak economy, limited access to investment opportunities, rising prices of basic commodities and reportedly an empty coffer.

However, Weah and the Coalition for Democratic Change (CDC) won the election by promising to provide equal opportunities for all Liberians. This goal is to be achieved by implementing the four pillars of their election manifesto: power to the people; economy and jobs; sustaining the peace; and governance and transparency. As pragmatic and pertinent as these four pillars may be, very little was said about how Weah and his team plan to accomplish them, and how they might ensure equal opportunity in a country where the majority of the population is under 35.

Most attractive to the youth were the promises of free education, the creation of jobs through investment in agriculture, and access to affordable healthcare. Post-conflict youth empowerment for Liberia has been slow and Ellen Johnson Sirleaf’s government failed to eliminate institutional impediments for youth empowerment after the end of the civil war in 2003. Efforts within her regime to push for a more accommodative youth agenda were marred by reports of corruption and nepotism.

Sixty-six percent of the 4.6 million-strong Liberian population are youth. Those between the ages of 18 and 32 constituted 53% of the voters in the December 2017 run-off elections. The youth are negatively affected by the declining economy that has contributed to the country’s rising poverty. And high levels of illiteracy are a major barrier among young Liberians, especially women. Further, the number of school dropouts each year is appalling due to unaffordable tuition fees.

Nonetheless, young people in the country remain hopeful that Weah can deliver change. Weah himself has gone through the hardships they are currently battling with, and as their leader he can relate to their plight. Their ‘hope for change’ was cleverly identified by the CDC as the gap when the CDC created a campaign slogan from it. This resulted in the youth’s overwhelming support for Weah. His political opponents have claimed that his victory resulted from blind optimism exhibited by young people.

Notwithstanding this claim, for many Liberian youth, Weah represents a reconciler for the nation because of the unique role he played in bringing peace to Liberia as the United Nations Children’s Fund (UNICEF) Goodwill Ambassador, and the fact that he was a non-factor in the 14-year civil war.

While it is too early to say, Weah seems to be heading in the right direction. Barely a few days after the polls and following his declaration as winner of the December 2017 run-off election, he visited his contender for the presidency, outgoing vice president Joseph Boakai. He extended a hand of reconciliation and promised to consider nominations from the opposition to form a coalition government.

Similarly, Weah should pay special attention during his first 100 days in office to gaining the support and trust of those who didn’t vote for him. This will not only enhance his relationship with all Liberians, but also lessen the probability of a relapse into civil war.

During this period, Weah needs to firstly cement good working relations with the Legislature of Liberia to ensure that the hope for change becomes a reality. This may improve the likelihood that future policies are not only inclusive of all citizens’ grievances, but also synchronise with the CDC’s vision of development for Liberia.

Secondly, enhancing donor relations is crucial to realising his manifesto goals. This will only be possible through a progressive economic development policy. Thirdly, Weah must eradicate government corruption. This has the potential to attract donors and investors, and boost the struggling economy.

Furthermore, the new president must deliver on promises of free education, bearing in mind that the youth want to finish school. This promise will be counter-productive if there are no prospects of higher education or future employment. These two aspects need to be developed in parallel to prevent a bigger pool of young disillusioned and unemployed graduates.

Looking ahead, the big question is whether or not Weah will create a prosperous post-conflict Liberia and provide economic governance focused on eliminating poverty. Liberians are still uncertain about their economic future. This is partly due to the United Nations Mission in Liberia, a heavy source of capital in the country, being drawn down by March 2018; as well as dwindling donor funds.

Young citizens’ expectations are high, thus the first major objective for the new government will be to manage these expectations and deliver on those promises.

The younger generation has been anxiously waiting for the new government to start working for Liberia’s development. As a new cabinet is put together, is it going to be a scenario of “old wine in new bottles”, or will a youthful generation be appointed that can push for renaissance? Liberians – especially young people – hope for the latter. DM