Life Esidimeni: The weight of 143 bodies – yet no real remorse from those responsible 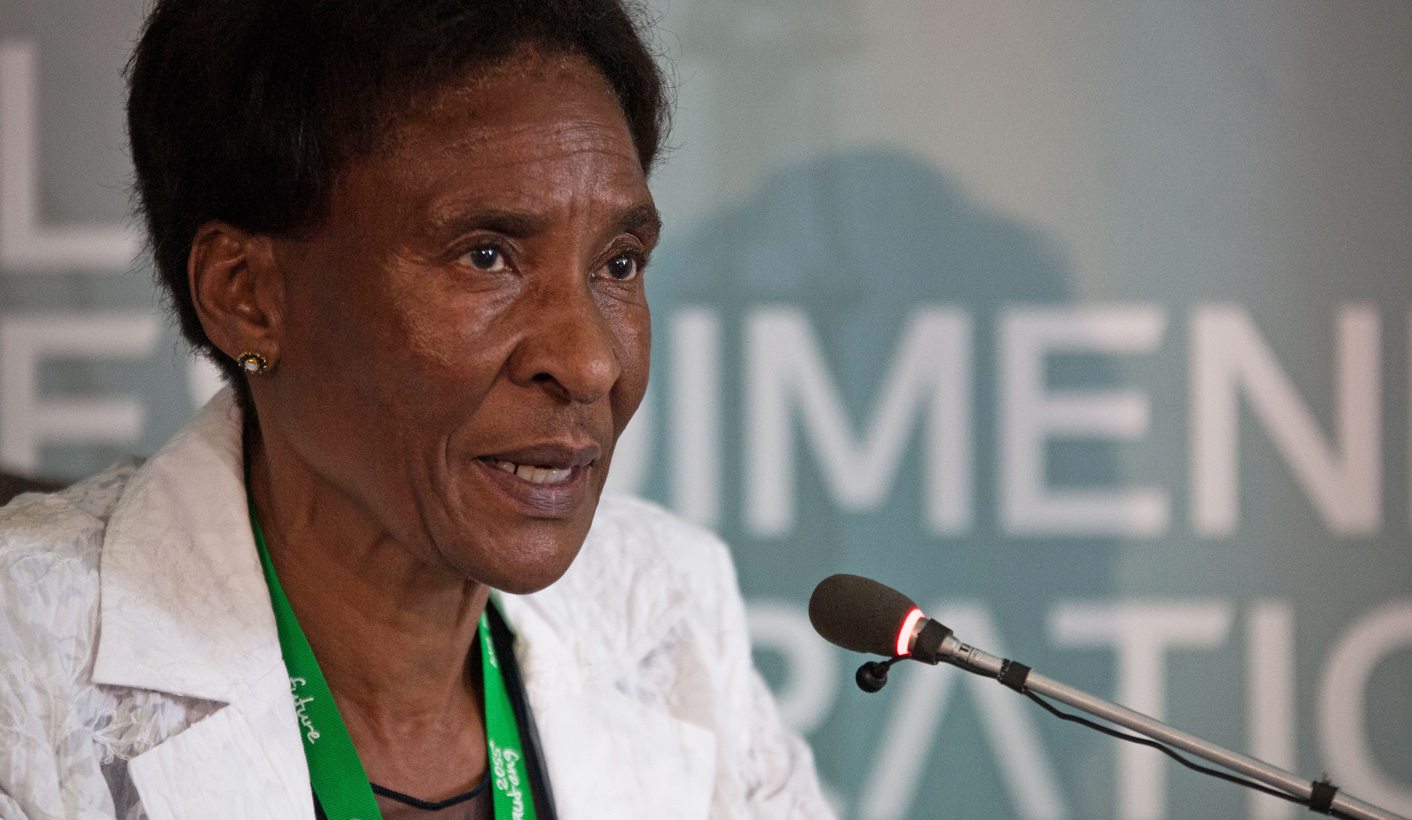 The Life Esidimeni arbitration resumed on Thursday. Another government official displayed how little she cares about the loss of life under their watch when self-interest is at stake. By GREG NICOLSON.

“This was a learning curve for me,” said Hannah Jacobus.

Gauteng’s deputy director of mental health testified at the Life Esidimeni arbitration on Thursday. She did not design or run the Gauteng Mental Health Marathon Project that saw over 1,000 chronic psychiatric patients moved out of the private facility and into NGOs. But Jacobus was a leader in the province’s department of health. She prepared the documentation to licence NGOs illegally and sat in meetings before and after patients were moved.

She said the learning curve was “painful”. After 143 patients died, Jacobus went through a disciplinary hearing and received a final warning. She continues to serve as the province’s deputy director after she was put on probation for six months. She’s served five months, with one month to go.

A “learning curve” is one way to describe the tragedy.

Reverend Joseph Maboe’s son Billy died after he was moved to an NGO in Hammanskraal. When Maboe last saw Billy, he was dehydrated and dirty. Staff did not want to give him water in case Billy wet himself. He was so hungry he ate the plastic packet of the chips his father brought him on his last visit. Billy died a week later.

Ntombifuthi Olga Dhladhla was only notified of her brother Joseph Gumede’s death six months after he died. When Dhladhla collected Joseph’s body, it was maggot-ridden and Joseph’s eyes weren’t in their sockets. Flies surrounded the body whenever they stopped on the ride home, which was in a taxi rather than a hearse.

Jabulile Hlatshwayo lost her stepson Sizwe Thabang Hlatshwayo after he was moved from Life Esidimeni. “Sizwe was such a loving child. We know when he comes home it would be the happiest holidays ever because we know we are going to have our entertainer,” she said.

Maboe, Dhladhla and Hlatshwayo are just three of the relatives of the 143 patients who died due to the Life Esidimeni move. Each has described the pain of not only losing their loved ones, but a part of themselves.

Learning curves – they’re a sign of growth. But the Life Esidimeni tragedy amounts to grand theft. Some say there must have been corruption involved, but the evidence as to why the tragedy occurred points to something more sinister – indifference. One-hundred-and-forty-three lives were taken, after patients underwent torture, because officials did not care enough to do their jobs.

Theft leaves an empty space. When a loved one is taken violently, it hollows out the reason to live. Hope, scarce these days, becomes a fantasy.

Former Deputy Chief Justice Dikgang Moseneke, arbitrator at the Life Esidimeni hearings, asked Jacobus on Thursday: “Isn’t the disaster, the death of all the people here and the trauma and the pain of all the survivors, of such a magnitude and such size that you should be resigning from your job to show remorse and accept accountability?”

She responded, “I’m saddened about what happened. I’m still going through with that.” She said she still had a positive role to play in government.

Jacobus probably has a family to provide for. She might need the job to care for her children, maybe send them to university. The arbitration could destroy both her personal ambitions and those she has for her family. She has implicated her former boss Dr Makgabo Manamela, but lied about her own contribution to the 143 fatalities and described her role as a minor and marginalised. Yet she was in the room when decisions were made and was responsible for preparing the documents to licence NGOs illegally.

Manamela, who was Gauteng’s head of mental health services, resigned this week before she would face her disciplinary hearing. After she tried to delay the process, her appearance at the arbitration was frantic. She lied and repeatedly contradicted herself. In front of the families of the dead, she spoke gibberish.

Dr Barney Selebano, who also resigned this week before he would faced his disciplinary hearing, at least tried to act remorseful. In his emotional closing address, the former head of the Gauteng health department committed to walking across the province to meet the families of the victims. This week he asked if he could meet the relatives to begin the process of healing. But his testimony was defined by defensive untruths.

The Esidimeni arbitration is a tale of loss, relatives who have lost a part of their hearts and officials who fear losing the life they’re accustomed to. Government leaders have not been forthcoming because they are scared of going to jail (multiple criminal investigations are under way). The weight of one-hundred-and-forty-three bodies hasn’t been enough to pressure them to tell the truth.

Premier David Makhura and Health Minister Aaron Motsoaledi will appear in the next two weeks. They are not seriously implicated in the deaths and as politicians who have avoided serious scandals will be able to display a sense of remorse and believable commitment that the massacre shall never happen again.

Qedani Mahlangu will face a harsher audience. The former Gauteng health MEC was the face of moving patients out of Life Esidimeni and berated opponents who repeatedly warned her against the project. She is due to testify next week.

Mahlangu’s appearance will see heated exchanges but she is likely to have been briefed by lawyers to avoid implicating herself. She was the political head most directly responsible for the Gauteng Mental Health Marathon Project as well as the culture of fear, intimidation and blind ignorance that stopped so many officials from speaking out.

Life Esidimeni has been a learning curve. It’s shown how government officials, perhaps all of us if put in the same situation, will choose self-interest over genuine remorse, and lie even when drenched in blood. It’s shown how cheap some see the cost of a life, especially when those lives have mental illnesses. DM