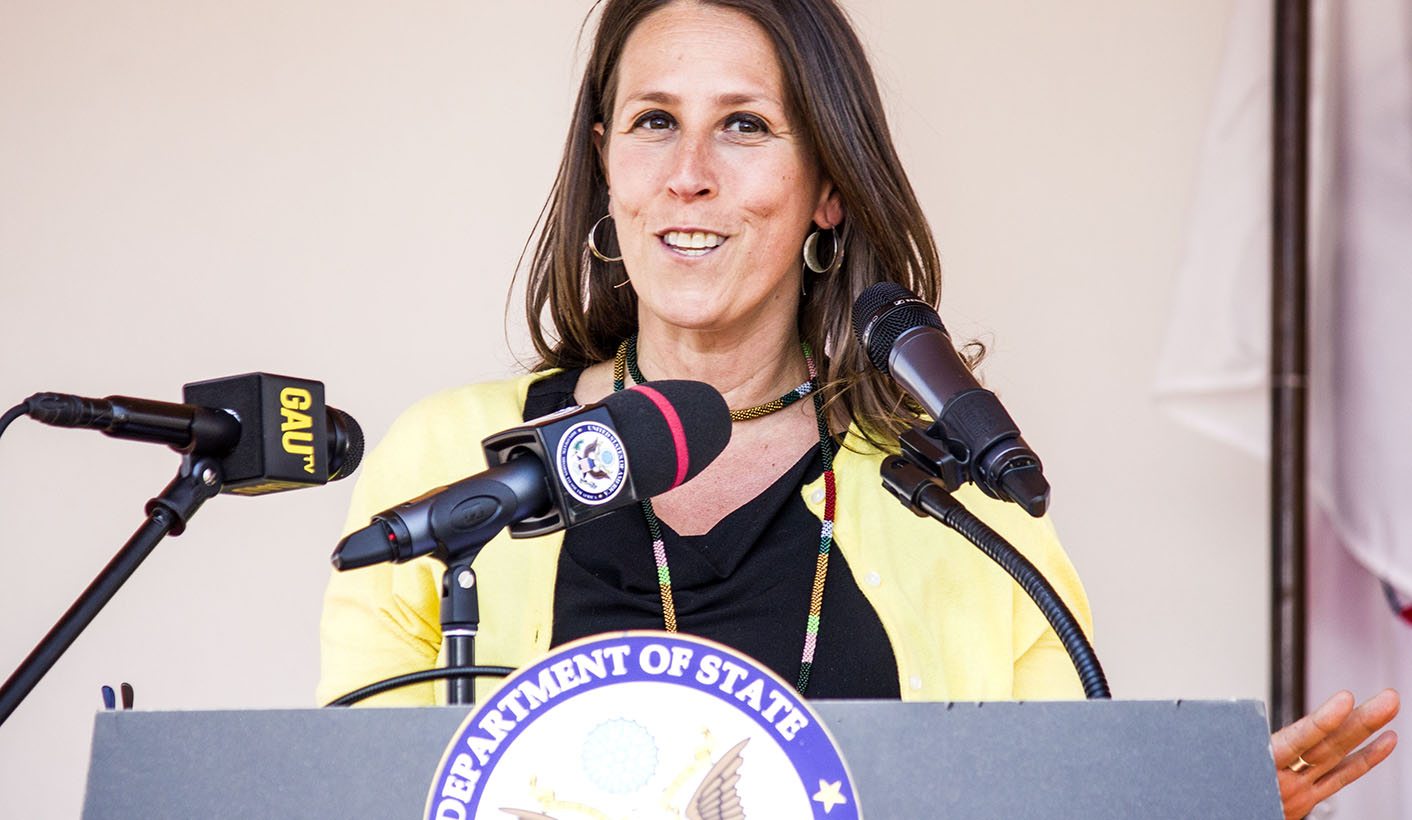 The South African government has issued a “démarche” on America’s acting ambassador in Pretoria, calling her in to demand an explanation for US President Donald Trump’s alleged reference to African nations, as well as Haiti and El Salvador, as “shithole countries”. By PETER FABRICIUS.

The government will meet acting ambassador Jessye Lapenn on Monday, amid calls for Pretoria to isolate the Trump administration.

A démarche is considered a strong form of diplomatic protest as well as an opportunity to seek information. Pretoria seems to be playing catch-up. It initially declined to comment on Trump’s reported remark, on the grounds that he had denied saying them. But after the African Union, the UN, Botswana, Ghana and other countries strongly condemned the statement, it changed its tune.

On Sunday it said it would démarche the US embassy’s Charge d’Affaires (acting ambassador) on Monday “following the recent disturbing comments attributed to President Donald Trump.

“The department will provide an opportunity to the Charges d’Affaires to explain the statement that African countries, alongside Haiti and El Savador, constitute “shitholes” from where migrants into the United States are undesirable,” Dirco spokesperson Clayson Monyela said in a statement.

“South Africa aligns itself with the statements issued by the African Union and the Africa group of Ambassadors to the United Nations in New York. Africa is united in its affirmation of the dignity of the people of Africa and the African diaspora.

US embassy spokeswoman Cindy Harvey confirmed on Sunday that Lapenn would visit the Department  of International Relations and Co-operation (Dirco)  on  Monday to meet with officials to discuss the statement. The embassy has not had an ambassador since Patrick Gaspard, who had been appointed by former President Barack Obama, left a year ago.

“We agree to the importance of strong relations between South Africa and the United States that are based on mutual respect and understanding.? We look forward to continuing to move forward in this relationship and remain focused on accomplishing our shared goals,” Harvey added.

The New York Times and Washington Post both reported last week that Trump called African nations and Haiti “shithole countries” while discussing immigration issues with a bipartisan group of senators at the White House on Thursday.

According to legislators who attended the meeting, he said: “Why do we want all these people from Africa here? They’re shithole countries … We should have more people from Norway.”

The AU’s mission in Washington “condemns the comments in the strongest term and demands a retraction of the comment as well as an apology not only to Africans, but to all people of African descent around the globe,” it said in a statement.

The Africa group of ambassadors to the UN, the UN Human Rights Commissioner, the Botswana and Ghanaian governments and others also condemned Trump’s remarks. South Africa and Ghana appear to have been the only African countries so far to have issued démarches on the US about the attributed remark.

In Johannesburg, John Stremlau, an associate professor at the Wits Department of International Relations, said the South African government’s démarche was “necessary, right and appropriate” but that it did not go far enough.

“A démarche is okay when you are working within normal diplomatic relations,” Stremlau said, but added that there was no such framework with the US as Trump had not appointed an ambassador to Pretoria nor even an assistant Secretary of State for Africa, the official who traditionally sets the framework for US African policy.

Stremlau, a former official in the US State Department, rejected Dirco’s initial explanation for declining to comment – that the “shithole” remark had been attributed by US media to anonymous sources. He said everyone knew Trump had made the remark as it was completely consistent with his racist stance as expressed before.

He said Pretoria had initially reacted that way because it did not know what to do. “Dirco is not known for being up to its game,” he added.

Stremlau said the South African government should be reactively more aggressive, working with its old American allies in the anti-apartheid movement and others to isolate the Trump administration. DM

Photo: Jessye Lapenn, the Chargé D’Affaires at the U.S. Mission to South Africa, administered the oath to the Peace Corps volunteers on September 22, 2017. Photo: US Embassy SA (flickr)