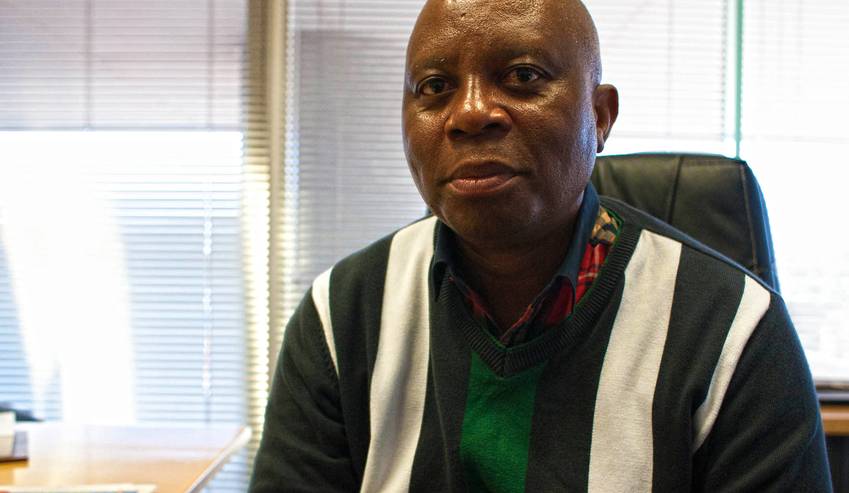 Johannesburg Mayor Herman Mashaba has replaced finance member of mayoral committee (MMC) Rabelani Dagada after an investigation detailed allegations of nepotism and conflicts of interest. The ANC claims the DA mayor is trying to use Dagada as a scapegoat for the city's financial woes. By GREG NICOLSON.

Mashaba announced on Monday he took the “extraordinary step” of replacing Dagada, who was also suspended as a city councillor, after an investigation into allegations that surfaced three months ago revealed that he gave city jobs and contracts to his friends.

The mayor, who entrusted Dagada with resolving the Johannesburg’s financial and billing crises, said Dagada did not disclose conflicts of interest, was involved in price fixing with a city contractor, tried to benefit officials and service providers close to him, and pressured officials to sign off on tenders for his associates.

Mashaba said he will lay criminal charges against Dagada, who served as finance MMC since the DA formed a coalition government in Johannesburg in 2016, the city’s first non-ANC government since democracy. The DA’s federal legal commission is also investigating the allegations into Dagada and the mayor instituted disciplinary charges against other implicated city officials.

“Whilst these actions are taken with regret, the commitment of the multi-party coalition government to rid the city of wrongdoers will not include protecting our own,” said Mashaba. “As an executive mayor, I cannot necessarily detect the willingness of people to engage in regrettable actions. However, we can and will continue to ensure that no act against the residents of our city goes unpunished, especially in those we trust to deliver change.”

Mashaba did not detail the allegations against Dagada or release the forensic report he said was conducted by an external company, but last October The Star implicated the MMC in a jobs for pals scandal and the mayor on Monday thanked the media for its work on exposing the claims.

Dagada allegedly influenced a contract to be awarded to a company associated with his former colleague and friend Sam Mukwevho worth R190,000. Mukwevho was later appointed as a director in the city’s finance department and was rapidly promoted to group head of treasury.

Dagada denied the allegations against him on Monday. He used Twitter to claim the mayoral committee subjected him to an “unrelenting witch-hunt” to kill his political career. He said seven investigations were launched but none were completed. “I’ll do anything possible to clear my name and it shall be cleared,” he continued.

Dagada asked for the names of the companies and associates he allegedly tried to enrich to be released. “The truth is they don’t exist.” He denied pressuring city officials, claiming they in fact had been pressured to speak against him. Mashaba had said he took a “small measure of comfort” that officials had resisted Dagada’s demands. The sacked MMC said he would be exonerated in court.

In August, the ANC claimed Mashaba wanted to fire Dagada, using him as a scapegoat for the city’s ongoing billing challenges. “Herman Mashaba’s firing of MMC for finance, Rabelani Dagada is a feeble attempt at sidetracking from the actual issue at hand, which is the mismanagement of the city’s finances under his watch. Mashaba’s actions are a desperate attempt to portray himself as a savior,” said ANC Johannesburg spokesperson Jolidee Matongo on Monday.

“The imminent firing of councillor Dagada comes amid continued problems in the city’s revenue department regarding the escalating billing crisis, which in the words of mayor Mashaba ‘has reached unprecedented proportions,”’ Matongo continued.

The ANC has repeatedly accused the DA of plunging Johannesburg’s finances into crisis while Mashaba’s government claimed it inherited the rot from the ANC and is working on improving the city’s books. Mashaba has argued that the ANC is guilty of cheap politicking.

“Although the DA is finally acknowledging that there is indeed a problem, they are still failing to deal with the source of the problem, Herman Mashaba,” said Matongo. “The ANC greater Johannesburg region thus calls for the DA to fire Mayor Mashaba, who is the source of the current financial crisis facing the City of Johannesburg with immediate effect.”

“The developments in the City of Cape Town and (City of) Johannesburg not only confirms that the DA is an organisation is deep crisis but have exposed its double standards and blatant refusal to take responsibility for governance failures,” said Sanco spokesperson Jabu Mahlangu.

The DA instituted formal disciplinary charges against its Cape Town Mayor Patricia de Lille on Sunday over allegations she acted improperly and unlawfully and damaged the party’s image. Analysts said the in-fighting within the DA is damaging the public’s confidence in the party and could hamper its 2019 election campaign.

Mashaba’s supporters portray him as a no-nonsense leader while his critics claim he is abrasive and has little time for dissenting voices within his government. Last year he fired environmental and infrastructure MMC Anthony Still after a dispute on dealing with corruption allegations at City Power. Economic Development MMC Sharon Peetz was sacked in August for lying about taking a family member on an official overseas trip.

Dagada worked at the Wits Business School before joining the municipal administration. He campaigned to be the DA’s candidate for Johannesburg mayor in the 2016 elections but lost the nomination to Mashaba.

He gained some prominence in 2013 when he explained why he joined AfriForum and was criticised for saying Israel was not an apartheid state. Defending his decision to join AfriForum, Dagada said the ANC had abandoned its non-racialist values and a new elite had become the oppressor: “The oppressed in this instance are our minority groups – coloured, white and Indian.” DM