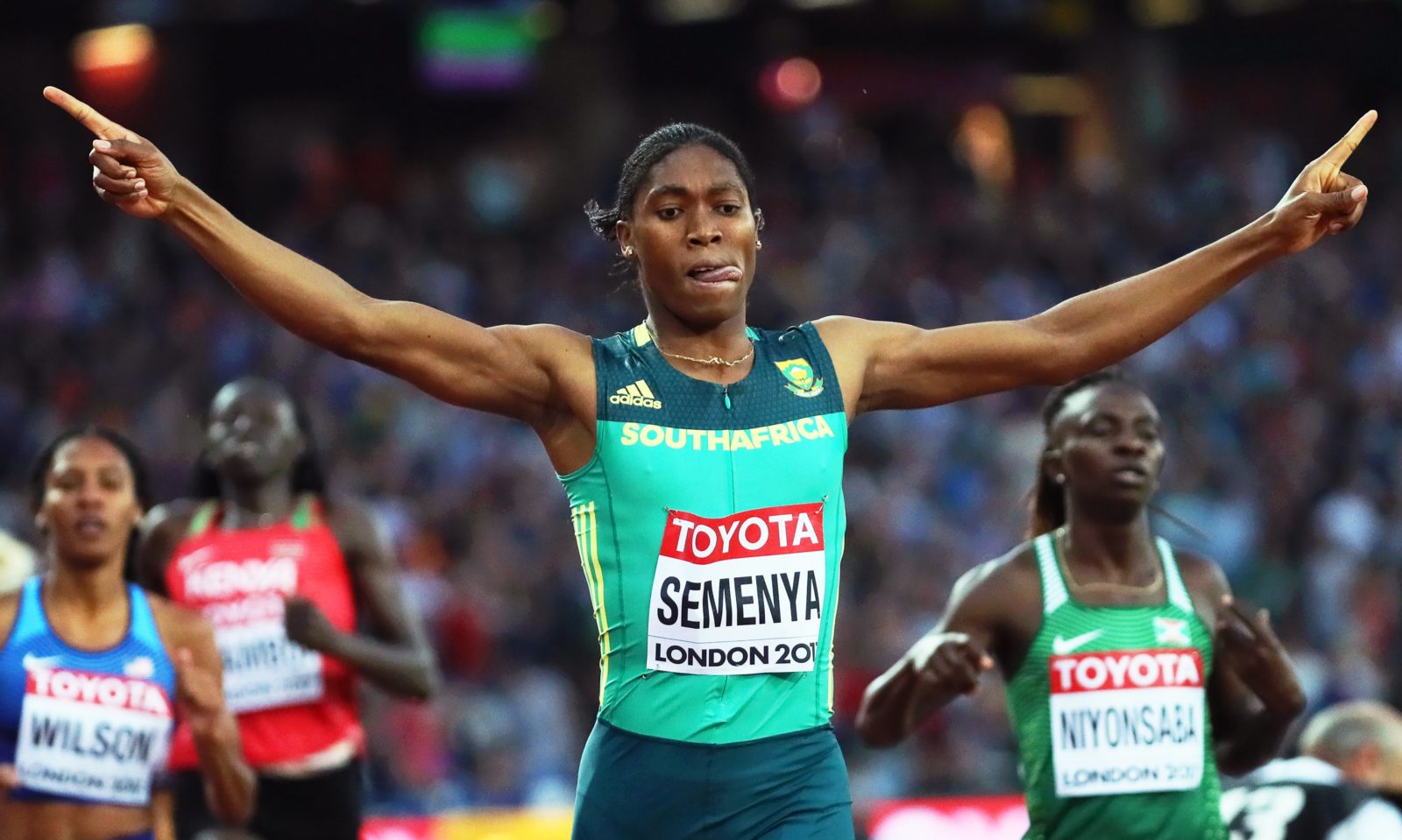 Caster Semenya embodies all the values “good” South Africans strive for. Full of grace, successful in all her pursuits and a fine example of what a good human being should be. Semenya is Daily Maverick Sports Person of the Year. By ANTOINETTE MULLER.

Picking Daily Maverick’s Sportsperson of the Year never gets any easier. We must be clear, the choice is never just down to sporting achievements. While that plays a part, sport is about so much more than just the results – and South Africa’s sporting landscape is packed with these stories.

And so, this year, we agonised. Could it be Louis Meintjes, the young rider who had a breakthrough Tour De France? What about Siya Kolisi, the inspirational flanker who achieves so much despite adversity? Heck, there’s Wayde van Niekerk and Luvo Manyonga who are pretty good at running and jumping respectively. What about Bongi Mbonambi, who serves as a reminder that all that is needed is access to opportunities? Then there’s Chad le Clos, you know, he who swims quite well and racked up the medals at the Fina World Cup.

South Africa’s sports stars are not short of success or inspiration.

In the end, the choice came down to one incredible athlete who not only excelled on the track, but who has broken boundaries and united her adversaries.

Caster Semenya’s journey to the much loved South African icon she is today has not always been so easy. When British bigot Katie Hopkins Tweeted inanities about Semenya earlier this year, South Africans rallied and defended her. Semenya repaid the faith by winning gold in her preferred discipline – 800m at the World Championships. She added bronze in the 1,500m for good measure.

But it’s not always been like this. Years ago, when Semenya was still a teenager and treated abysmally, South Africans were the ones cajoling with bad jokes and derogatory comments. Gradually, South Africans woke up. And while a handful of oafish idiots remain, she has largely united the public. It’s testament to her character – of boundless respect and courtesy – that she embraces these fans with the reconciliation only a South African can.

Semenya is perfectly South African in every way. She embodies the values we as the people of a fractured nation strive for.

She represents what we all wish our leaders could be. She is so much more than just sheer athletic brilliance, although that warrants a mention too.

There is something about the defiance with which Semenya runs that is as mesmerizing as it is nerve-wracking. We’re not supposed to choose sides when reporting on sports, but watching Semenya is agony for every South African.

So confident is she in her ability to make tracks on the final stretch that it sometimes appears as if she is walking in the first lap. It’s enough to send the muscle in your ribcage into overdrive.

“What is she doing? Why is she running so slow?”

You forget that Semenya has been doing this for years. That she has been winning for years.

In those final metres of her preferred distance, when Semenya lets loose, it is poetry in motion. And then she still has enough energy left to greet every single one of her opponents – yes, even those who deride her.

Her athleticism is awe-inspiring. Her humanity is magical.

Semenya is every young girl who has ever been told they are different. She is every young woman who has been eyeballed for how they look. She is the embodiment of respect. She is a beacon for inclusivity and diversity and she is the pinnacle of the spirit of sport.

She represents millions of women who don’t tick society’s little boxes. She juggles being a world champion, Olympic champion, dedicated student and astute businesswoman with seamless ease. She even has her own signature pose, the “Cobra”.

Semenya is every South African. And we thank her for that.

2017 Sports Person of the Year runner-up

Wayde van Niekerk, who has grabbed this gong two years running (no pun intended), continued 2017 where he left off in 2016. While the double of the 200m and 400m didn’t happen at this year’s World Championships, he certainly added a few more patches to his already blossoming legacy. Through injury, Van Niekerk will miss the 2018 Commonwealth Games, where he was due to focus on the shorter sprints. A shame, but a sure-fire motivation to do better at the next Olympics. DM