Op-Ed: Cape Town’s bid to lock down the water crisis 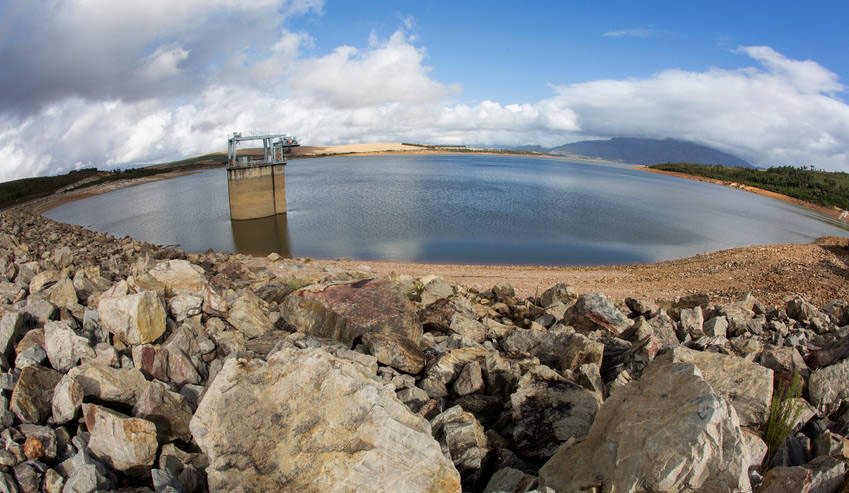 The City of Cape Town is facing its worst water crisis ever. Residents, businesses and the agriculture sector are all starting to feel the pinch as the municipalities in the Western Cape throttle back aggressively on water use. As anxieties run high ahead of dams possibly running dry in May 2018, the City is deploying several emergency initiatives to delay the arrival of ‘Day Zero’. Southern Africa’s fast-growing cities can learn some lessons about service delivery and how urban development challenges intersect with a changing climate, writes GINA ZIERVOGEL.

Media coverage has been highly critical of the Cape Town municipality in many ways. As someone who has spoken to officials about progress, I think it is important that more people are aware of what the City has been doing behind the scenes to address the unfolding crisis. Although various options could have been explored earlier, since the end of May 2017, when the water resilience response started, the City has done a fair amount that the public may not be aware of and might benefit from knowing.

Many are saying that the City was warned about climate change and did not do enough to increase the municipality’s resilience against an extreme and unexpectedly long drought like the one we’re facing now. However, the City has taken climate change seriously in some important ways. A few years ago, the City’s Department of Stormwater integrated climate change projections into their planning of new bulk drainage infrastructure, as Dr Anna Taylor explored while she worked as an embedded researcher within the City to understand more about how it is responding to climate change.

Dr Taylor, from the Department of Environmental and Geographical Science at the University of Cape Town (UCT), found that the “run-off modelling for the Salt River catchment, together with coastal storm surge and wave height modelling, was undertaken to assess future flood risk profiles. The global climate models, together with predicted sea level rise, were seen to affect the flood risk profile of the catchment quite significantly. The City is proactively integrating this into their planning, which is an important way to adapt to climate change”.

It is a tricky game: the City’s strategy relies on urban residents drastically reducing their household water consumption; but at the same time, residents need to believe that local government is taking this very seriously and had gone to extreme levels to ensure that they are responding to this crisis in the best way they can.

The City’s approach has been two-fold: to reduce water use, and increase water supply. The campaign to reduce individual water use has emphasised that individuals should use no more than 87 litre a a day. There are many questions around how the City could have targeted behaviour change differently but that is not my focus here. I would like to share what I have learnt about the City’s efforts to increase water supply.

Despite frequent requests since 2015 from the Western Cape government to national government for funding to increase water supply, this has not been made available. Although 2015 and 2016 were low rainfall years, a third year of below normal rainfall was thought to be highly unlikely, based on historical rainfall trends. As analysis from the Climate Systems Analysis Group at UCT showed, there was a one in 1,000 year chance of 2017’s winter rainfall being as low as it was. But the reality of climate change means that the odds are changing. Cities everywhere need to change how they work to integrate climate change into planning.

The City council convened a task team at the end of May 2017 to address the crisis they saw unfolding. Some in water management were convinced that we wouldn’t have a third year of low rainfall, so thought that surely we could wait before moving into crisis mode. But the resilience task team continued with their planning and put it into operation, in part because they were aware that the climate is changing and we can no longer rely on old patterns. Many have felt that the communication of what the City has been doing was not as clear as it could have been. One of the comments from within the City was that a crisis of this scale had never been managed before, so they were learning and putting together plans that they were cautious to share. Unfortunately that lost some trust.

Since May, when the task team convened, the City has achieved impressive progress on many fronts. The City drew on best practices from California and Australia’s drought responses. Learning from Melbourne’s expensive desalination infrastructure, Cape Town opted to start with installing temporary desalination immediately, before investing in a larger permanent plant. Melbourne’s desalination plant to augment water supply during their severe drought in the early 2000s cost the city over R60-billion. The drought broke in 2010, and the plant was only ready in 2013, so was mothballed until this year when it started feeding into a reservoir.

The project management of Cape Town’s new water supply is impressive. This was confirmed in November by World Bank consultants who spent time with the City to look at their plan. They agreed that the plan was excellent and one of the most detailed they had ever seen. The project management team has put in place a range of measures to speed up procurement time lines that are in line with private sector procurement, seldom seen within government.

Seven projects, including desalination plants, waste water treatment works and groundwater extraction projects have moved from conception to the procurement stage within six months. They will deliver new water at various stages in the new year. This is in addition to the Table Mountain Aquifer project, which predated the water resilience programme, and for which the contractor moved on site a few weeks ago to start drilling. There is also additional water coming from the Atlantis aquifer of up to 5-million litres per day. A further 12 projects, over and above the seven, are at various stages in the procurement cycle.

Cities worldwide are criticised for the lack of integrated planning and implementation across different sectors. Water departments supply water, and housing departments supply housing, but the two often don’t talk to each other. This is problematic given the understanding of the complex world we live in, where systems are highly connected. During the crisis, the City of Cape Town has taken a cross-department and integrated response. It was prepared for this, as two years ago there was a shift to work across departments more collaboratively. So in May, when the City adopted the Water Resilience Plan, the systems were in place for departments to work together. This has not been devoid of politics and challenges. But between June and November, there have been regular meetings with a steering committee that has had representation from high level staff across many departments and the mayor’s office to discuss options and make decisions.

The Section 80 committee has been instituted to advise the mayor and has only been used once before, during the electricity crisis. This committee is an innovative way of ensuring oversight and getting feedback on activities. Through this mechanism, City officials share updates and details on their activities on a monthly basis, and get input from the committee comprised of academia, business, NGO representation and other spheres of government. There is representation from other municipalities in the catchment, supporting engagement beyond the City. One of the main requests at these meetings has been for the City to share more about what they are doing. This is starting to change as more information becomes available on the City’s dashboard.

In hindsight, many things could have been done differently. Rainfall is hard to predict and is getting harder. It’s important that we need to learn to live with higher levels of uncertainty and the knowledge that water is a precious resource. These are not easy lessons to learn but need to be captured and shared. DM

Gina Ziervogel is an associate professor in the Department of Environmental and Geographical Science and Research Chair at the African Climate and Development Initiative, University of Cape Town. She has been serving on the Section 80 Water Resilience Advisory committee that the City of Cape Town instituted in August 2017 to provide oversight on their response to the drought.