#ANCdecides2017 Analysis: In their hands – the 4,776 delegates who will now  choose the next president 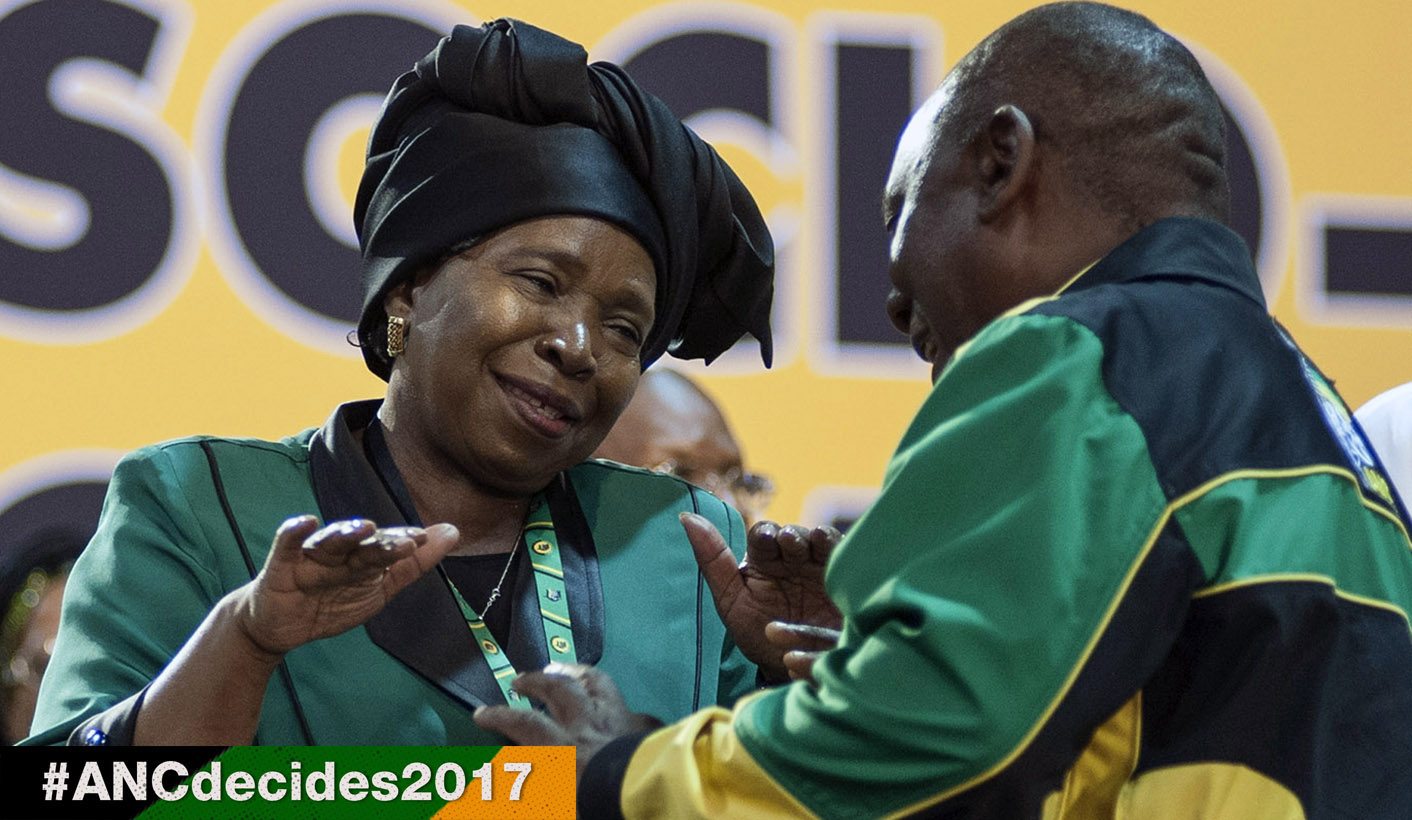 The number of votes a camp would need has gotten lower, as the stakes are getting higher – and it’s probably Deputy President Cyril Ramaphosa who is smiling again after this round as the ANC’s 54th national conference gets off the ground. By CARIEN DU PLESSIS.

As credentials have been adopted and the number of votes needed to win the presidency has dropped by 489 from 2,879 to 2,389. While it is difficult to say which camps the majority of the “lost” 981 candidates belong to, it’s possible to look at provincial figures to try and hazard a guess as to where things might be standing as the conference finally gets under way.

At least 54 of the delegates are from the KwaZulu-Natal and Free State provincial executive committees, which have been disqualified from voting at the gathering because the conferences where they were originally elected have been botched. These two provinces were amongst the biggest campaigners for ANC MP Nkosazana Dlamini Zuma.

Duarte dismissed earlier reports that there were attempts to inflate numbers.

The total number of voting delegates has dropped from 5,757 to 4,776. The most common reason for this is that their branches did not manage to get enough members together for a meeting to actually nominate a valid delegate.

The original number of branch delegates allocated by means of a formula worked out according to the number of members each branch had (100 members and up qualified a branch for at least one delegate, with an additional delegate for each 250 members thereafter), was 4,723, or 90% of the total delegates.

The final picture is presented of delegates who will vote. Photo: Facebook.

The biggest loser of delegates have been the provinces that nominated ANC MP Nkosazana Dlamini Zuma for president.

The combined number of delegates of Mpumalanga, North West, KwaZulu-Natal and the Free State went down with 9.6%, dropping with 246 from a combined total of 2,553. Of these provinces, the North West was the biggest loser, with 92 delegates down, possibly due to the Bojanala issue. About 82% of branches nominated Dlamini Zuma here.

The second biggest loser was KwaZulu-Natal, where 56.3% of branches nominated Dlamini Zuma, while Free Sate (70.4% for NDZ) lost 60 delegates. Mpumalanga only lost 28 delegates.

The two PECs that lost their voting rights also come from this group – KwaZulu-Natal and Free State.

Provinces that nominated Deputy President Cyril Ramaphosa for president only lost 7.3%, or 159 out of 2178 of their branch delegates. None of these provinces, however, faced court battles where their PECs or any branches were disqualified.

The leagues and the rest

It’s tough to make predictions on a possible election outcome based solely on these figures, because it’s as yet unclear whether the 981 “lost” delegates came from branches that support Dlamini Zuma and Ramaphosa.

Estimates from Ramaphosa’s camp have him with a lead of just over 300 votes, but given that these estimates are often slightly inflated, the race is still very close.

It’s likely, though, that before an afternoon of nominations and elections, the Ramaphosa caucus will be singing a few early, but cautious, victory songs. DM