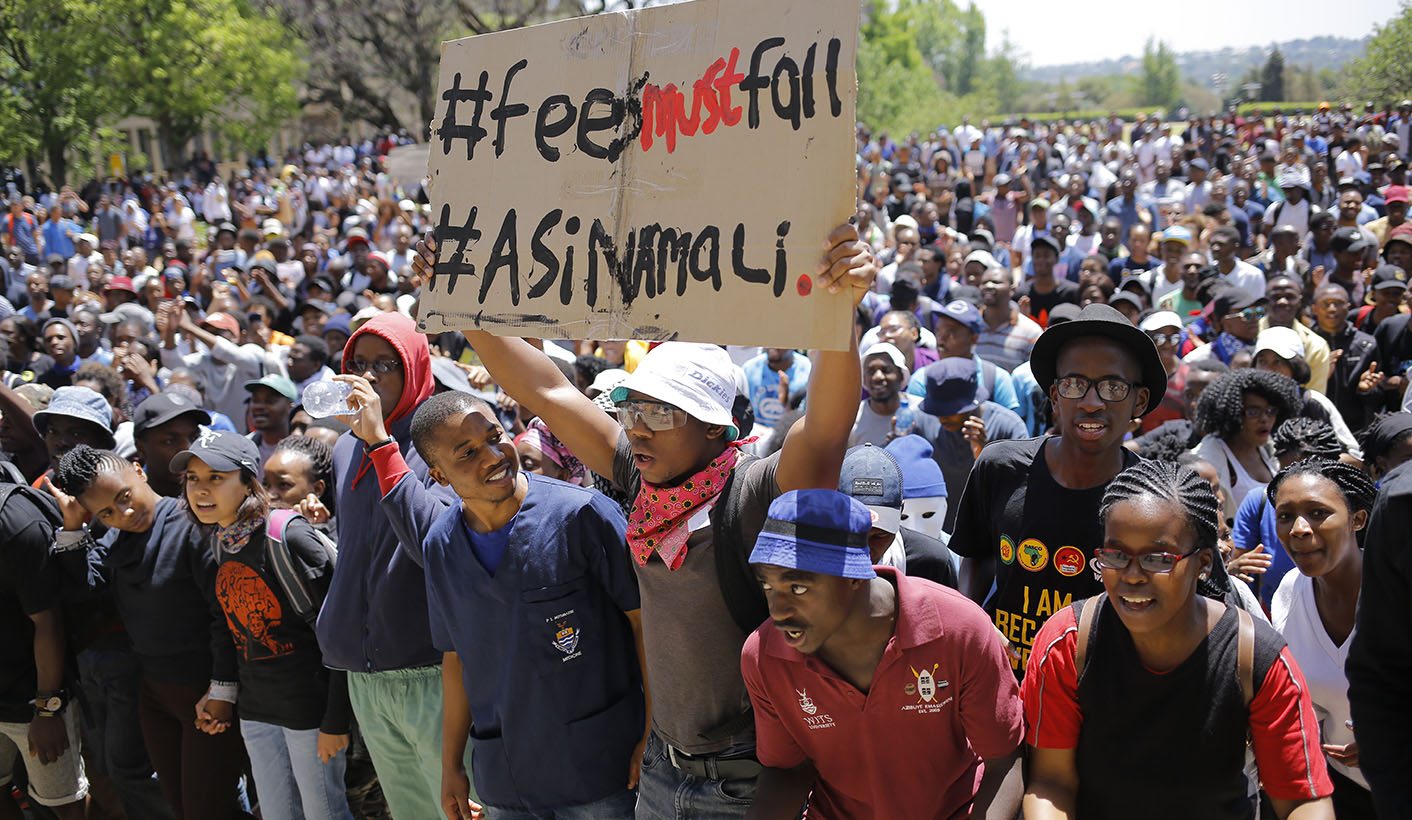 With the attention of the country firmly fixed on the ANC’s elective conference, President Jacob Zuma took the opportunity on Saturday morning to finally release his response to the Fees Report. Despite speculation that Zuma wanted to see free university education pushed through as policy before his term of office ended, the President stopped short of announcing such a move. But free higher education will become a reality for poor students, who will now receive full grants for study as of 2018. The question of where this money will come from is as yet unanswered. By REBECCA DAVIS.

Just over three months after President Jacob Zuma received the Heher Commission report on higher education funding, the Presidency has at last released his decision on the vexed issue of student fees.

The timing is interesting: Zuma chose to respond to students on a weekend when the issue is almost certain to be buried by events at the ANC’s elective conference at Nasrec.

President Zuma has not taken up the Heher Commission’s proposal that university education be funded across the board via an Income Contingent Loan system backed by government.

However, poor students who are academically capable will receive free education at public universities and TVETs (technical colleges) from 2018.

Their education will be funded through government grants, rather than loans, and will cover tuition fees, study materials, meals, accommodation, and/or transport.

There is also good news for students who have been allocated loans from NSFAS – the National Student Financial Aid Scheme – and who are currently enrolled at South African universities. These loans have now become grants, “effective immediately”.

The definition of “poor and working-class students”, who now qualify for free higher education, will inevitably invite debate. Whereas this threshold used to lie at a household income of R120,000 or less per year, that bar has now been lifted to an annual income of up to R350,000 per year.

This is clearly designed to accommodate the “missing middle” – that portion of students who do not qualify for financial aid but are nonetheless too poor to pay tuition fees.

In his statement, President Zuma said: “From 2018 onwards, eligible South African children of the unemployed, domestic workers, farm workers, mine workers and entry-level civil servants such as teachers, nurses, policemen, municipal workers, security guards, refuse collectors and informal traders, among others, will now access public universities and TVET colleges for free through grants provided by their government.”

Students from slightly wealthier backgrounds have also been thrown a bone: 0% fee increases for 2018 for households earning up to R600,000 per year.

As a result of the last block on tuition increases, however, South African universities are now feeling the financial pinch worse than ever. To cope with this, President Zuma also announced an increase in government funding for the higher education sector, with subsidies for universities set to rise from 0.68% of GDP to 1% over the next five years.

Student protesters had called for historic student debt to be scrapped, but this looks unlikely to happen soon. “Due to its complexity”, Zuma said, the relevant departments will have to liaise with National Treasury “to determine the quantum of funding required”.

How closely the National Treasury was consulted about the “quantum of funding required” for the rest of the President’s new higher education policies will be the question on many lips.

The major concern arising from President Zuma’s Saturday statement is that it gave absolutely no indication as to how the increase in funds to students and universities will be financed. Yet funds will have to be found rapidly: the new policies are set to be implemented in a new year starting in just over a fortnight.

The President’s promises to students also seem notably at odds with the tone adopted by Finance Minister Malusi Gigaba in a breakfast briefing held before the start of the ANC conference on Saturday.

Gigaba delivered an address that suggested belt-tightening much more strongly than increased spending. “We will take the necessary tough decisions to continue fiscal consolidation and stabilisation as we move towards the 2018 budget in February,” he said, according to a Reuters report. DM

File Photo: Students from Wits University demonstrate on campus during a fourth week of clashes with police forces during protests against the cost of higher education in Johannesburg, 10 October 2016. EPA/KIM LUDBROOK