Letter to the Editor: The ANC is in a state of organisational emergency – Veterans 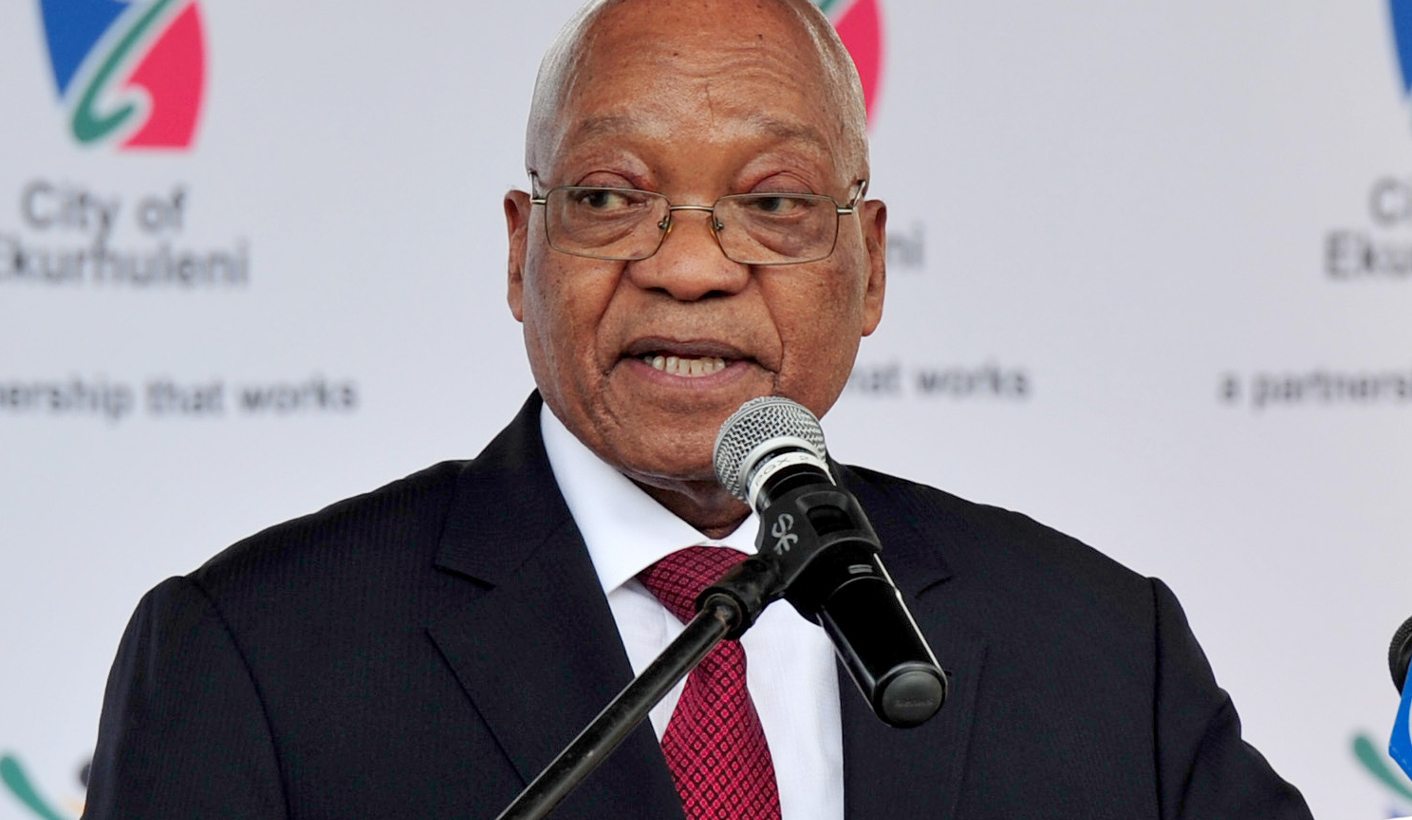 As we contemplate the ANC's elective conference, which takes place at Nasrec in Johannesburg within a few days, the onus is greater on us, the ANC STALWARTS and VETERANS, as we push ever harder to restore our great revolutionary movement and re-imagine our beloved ANC from within.

Revered Guinea-Bissau intellectual, revolutionary and anti-imperialist Amilcar Cabral gifted us with a book title that has resonated through three African generations.

One of the founders of the MPLA (Movimento Popular Libertação de Angola), and a resolute fighter against colonialism, Cabral’s speeches are in a collection called Our People are Our Mountains.

Among others, it was our own ANC stalwart Ben Turok who drew inspiration from Cabral back in 1968, when Turok was working for the Tanzanian government as Umkhonto we Sizwe was given shelter there.

On writing our movement’s classic text, The ANC and the Turn to Armed Struggle, Comrade Turok pondered the question which follows Cabral’s words: “…the problem is, how they (our people) can generate the solidarity to enable them to dominate the plains.”

It’s advisable to take a breath and study those words for a moment as we contemplate the ANC’s 54th elective conference. And perhaps the onus is greater on us, the veterans and stalwarts, as we push ever harder to restore our great revolutionary movement and re-imagine our beloved ANC from within.

“Our people are our mountains.” That is quite a picture. It reveals immutable strength. Height and weight. You can see and feel the power of mountains from all angles, with the inclines and cliffs, secret places and open pathways. Mountains are everything.

Yet, indeed: how to dominate the plains?

Cabral made his speech as he led Guinea-Bissau’s nationalists to the greatest political and military success of any African political movement against a colonial power. Some 50-odd years later, it’s a question we must ponder as the ANC.

In fact, we are past the point where we still have the luxury of “pondering”.

We are in a state of organisational emergency.

Our most formidable challenge has arrived. How do we finally make the transition from an underground organisation fighting apartheid to a modern political party? And the challenge is formidable because the vast majority of those South Africans who we must have putting their cross next to our ANC on the next ballot sheet – and the one after that, and the one after that – will be young people. If we allow our own organisational neglect of the ANC’s progress to continue, eventually those young people may have scant memory of our party’s grand underground exploits, let alone its achievements of the past two decades

They may ask questions in the years and decades to come about why a certain highway is named after so-and-so, or why a certain hall in a university is called such-and-such. But unless we continue to build, transform and move the ANC forward in a way that understands and adapts to the political zeitgeist and the needs of succeeding generations, it will die.

Veterans and stalwarts accept we will not be around long enough to contribute as individuals, but as we approach Nasrec, having just celebrated a very important National Consultative Conference (NCC) of our own, we believe there are some key principles which any new leadership is going to have to follow. We intend to drive these forward with all the energy we have while we can still influence policy and help rebuild the movement.

First, what represents the plains? And are the plains fertile or a wasteland? Then, what is domination? Is it oppressive and authoritarian, or can it be a positive force for good and freedom?

It’s likely that when walking through the doors at Nasrec on December 16, every delegate will have “domination” on their minds in different forms. For the veterans, “domination” represents one thing, however: a massive obstacle to the growth and progress of our movement, and the growth and progress of our nation. It represents only a few of us who have, rather unbelievably, come to take charge of the South African zeitgeist.

The mountains have, in a shocking twist of events, become dominated by the plains.

In writing about Cabral, ANC and SACP stalwart Yusuf Dadoo said: “(He) knew and understood his enemy well, and every phase of the struggle was carefully planned and action meticulously organised.”

“Knowing your enemy” is an obvious source of power, yet the ANC has broadly failed to fully come to terms with the power that its own, internal “enemy” has been gathering – or the reasons why that “enemy” has been able to gain on the rest of us.

In considering the question about the plains, Turok wrote: “The answer lies in the development of a correct political line to which the mass of people can respond readily, and in the elaboration of a strategy and tactics to match.”

It is instructive that, way back in 1968, Turok then wrote: “Progress in this area has been rather slow in coming over the past decade.”

Think about that. His view was that, since the late 1950s, the ANC had not been able to keep pace with the needs of the masses. But still we marched on with confidence even though the political cynics among us may say, it was only in the absence of any viable alternative that the ANC dominated and still dominates.

Then, let us extrapolate.

That internal “enemy” to which we refer can only be outmanoeuvred, to re-establish the ANC as a corruption-free, viable choice for all South Africans over even as little as the next decade, if we apply our minds to the development of new “strategies and tactics. These are the blood and marrow for which all revolutionary movements are known.

Even corporates work on their strategy and tactics – constantly.

If Facebook simply accepted that it dominates, despite all of its internal problems and “enemies” within, and carried on as if were bigger than these, failing to regularly relook itself, it would eventually be outdone in its market.

The stalwarts are, for instance, concerned about criticism that there is an ideological deficiency within our national liberation movement. Some would say there is a total lack of ideology, which could well be contributing to ignorance about our history.

We must be asking ourselves as a movement: what, then, is our ideology? And how do we develop that in the minds of our supporters?

If we are to do something really different at the conference at Nasrec, and not simply continue to reduce our ANC to a fight between candidates and slates, we must use it as a launch-pad for education about ourselves.

There is a startling amount of fear and ignorance about the ANC, and that is not being helped by a stuttering economy which has lost many of the few remaining jobs and prospects for our people. They are beginning to blame us in a way that points to them no longer simply wanting to vote for the party which liberated them. If we allow this trajectory to continue, we are sunk.

The veterans and stalwarts are determined that this cannot happen. We are increasingly going to demand from our leadership that they dedicate themselves to improvement – and not only on a party level, but also on a personal level.

Our people are not fools. They can see the excess that has happened among the elites we have allowed to form, and they are aware that many within these elites are not even attempting to improve themselves intellectually or otherwise.

As veterans, we cannot stand by and allow South Africans to watch their ANC slide into greed and obscurity as it fails to transform itself according to the times and the needs of especially its young people. This conference is key.

Whoever wins can no longer take the mountains for granted.

The problems of our people’s daily lives and their struggles are fundamental and, frankly, could not be more modern in a developing, yet middle-income nation like ours. We must adapt to that truth.

As we approach Nasrec 2017, we as veterans look to Cabral again, in this instance when he addressed a group of more than a 100 African-Americans in 1972.

“History,” he advised, “is a very strong chain. (But) we have to accept the limits of history, not the limits imposed by the societies where we are living. There is a difference.”