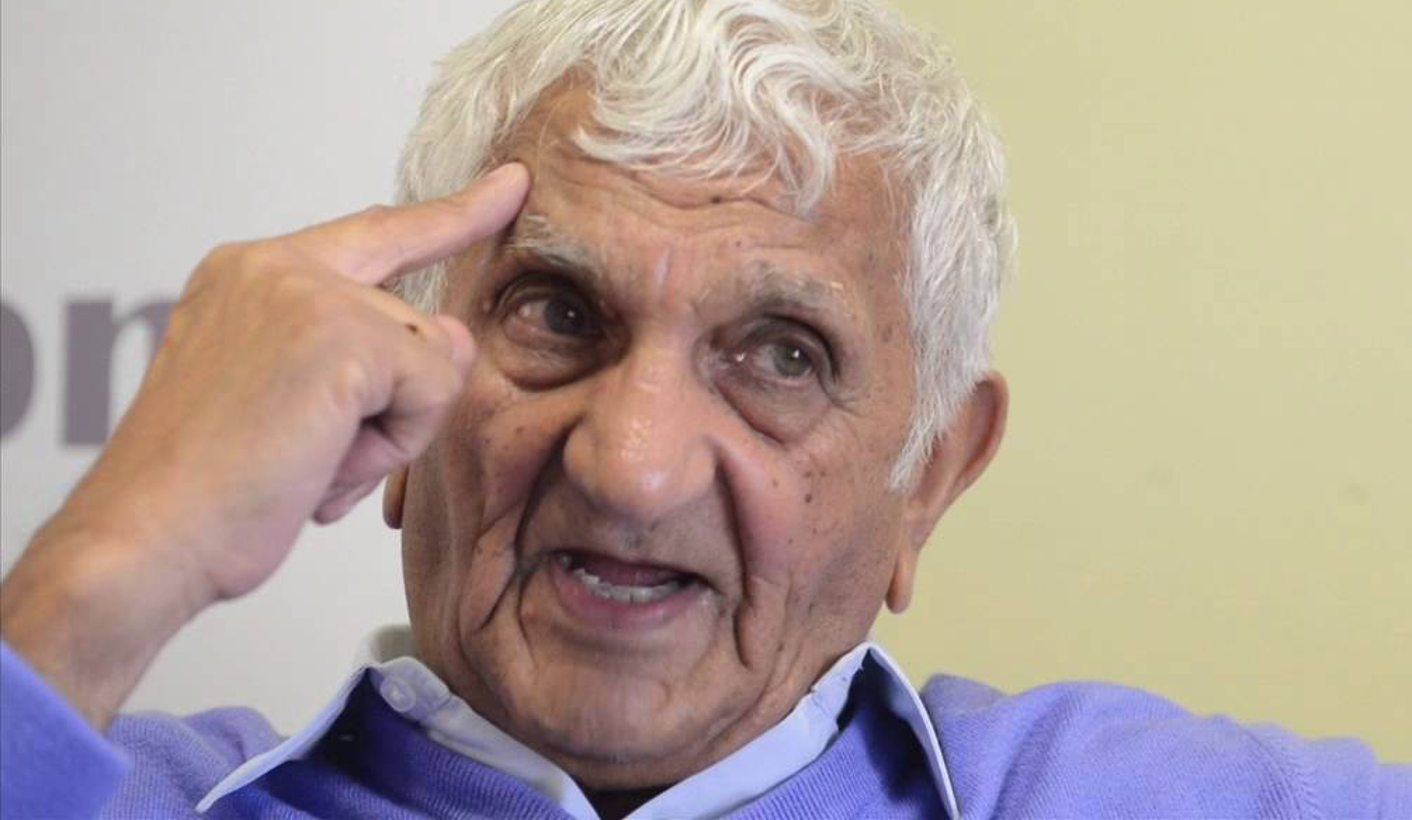 The nation has lost another Struggle stalwart following the sudden passing of Robben Islander and struggle hero Laloo Chiba. Chiba died at his Lenasia home on Friday following a mild heart attack that he suffered more than a week ago. By BHEKI C. SIMELANE.

Chiba, 87, was a former Umkhonto weSizwe platoon commander. At the time of his death he was a board member of the Ahmed Kathrada Foundation, and had served as a member of parliament as part of Nelson Mandela’s government.

Chiba was sentenced to 18 years imprisonment on Robben Island in the Little Rivonia Trial, and was in incarcerated in B-Section where he served time with  Struggle icons like Nelson Mandela, and Ahmed Kathrada, among others. A statement released by the Ahmed Kathrada Foundation after his passing on Friday acknowledges that Chiba was devastated at the death of Kathrada.

Chiba considered Kathrada as his best friend and political mentor, the foundation said, adding that he deeply grieved the passing of fellow Robben Island prisoner, Eddie Daniels whom he had visited in the Western Cape a recently.

Paying tribute to Chiba, United Democratic Movement leader Bantu Holomisa described him as “one of the highly disciplined soldiers of Umkhonto weSizwe. An officer and a gentleman. Quiet man.”

In the early 1950s, he befriended young activists of the Transvaal Indian Youth Congress (TIYC) such as Ahmed ‘Kathy’ Kathrada, Bobby and Tommy Vassen and Herbie Pillay, which awakened his early political consciousness.

Kathrada’s arrest in 1956 together with 155 leaders of the Congress Movement on treason charges got Chiba thinking more seriously about his own political role.

In the late 1950s, he became politically active in the campaigns of the Transvaal Indian Congress (TIC) and the broader Congress Movement led by the African National Congress (ANC).

Chiba joined the armed unit of the ANC, Umkhonto weSizwe in 1961 and became the unit’s platoon commander the following year.

When MK was launched on 16 December 1961, his Unit selected three targets for armed attacks, namely, the Bezuidenhout Street Pass Office, the Whites-only section of the Post Office on Central Road in Fordsburg and the Bantu Commissioner’s Court in Malherbe Street in Newtown, where Africans were convicted for pass law offences.

He was first arrested on 17 April 1963, when one of the MK Units in his platoon was caught red-handed whilst engaged in a sabotage attack on railway property in Riverlea. He was severely tortured by the brutal apartheid security police, but was later released after charges against him were withdrawn due to a lack of evidence.

After the arrest of Nelson Mandela and other senior MK and ANC leaders, Chiba was appointed on to the 2nd National High Command of MK led by Wilton Mkwayi.

He was arrested on 6 July 1964, taken to Langlaagte Police Station and detained in terms of the 90-days detention law. He was charged on several counts of sabotage together with four accused, namely, Comrades Wilton Mkwayi, David Kitson, John Matthews and Mac Maharaj, in what came to be known as the “Little Rivonia” Trial.

Chiba was sentenced to 18 years imprisonment on Robben Island Prison, which he served to the last day with leaders such as Nelson Mandela, Walter Sisulu and Kathrada.

“He was the epitome of a well-rounded cadre who understood the inter-relatedness and the inter-dependence of the struggles of the people of our country,” read a statement released by the ANC on Friday.

Chiba also served the people as a member of parliament from 1994 to 2004. In Parliament he served on the Standing Committee on Public Accounts, the Portfolio Committees on Housing and Correctional Services and the Audit Commission. He retired from official politics in 2004.

“Mr L was the personification of humility and avoided self-promotion, preferring instead to nature young people to become fighters for human rights and non-racialism in a democratic South Africa. He served with distinction in parliament after 1994 and supported many initiatives design to deepen and defend the country’s democracy,” read a statement released by the Nelson Mandela Foundation.

In 2004 Chiba was awarded the National Order of Luthuli.

“On behalf of government and the people of the Republic of South Africa, we wish to extend our heart felt condolences to the Chiba family, relatives and the African National Congress, on the loss of this outstanding leader and patriot,” read a statement released by the the office of the presidency.

Chiba and Mac Maharaj were responsible for Nelson Mandela manuscript of his autobiography Long Walk to Freedom. Mandela would write up the manuscript which was then given to Chiba, who spent the next night transferring Mandela’s handwriting to his own almost microscopic shorthand, reducing ten pages of foolscap to a single sheet of paper. It would be Maharaj’s job to smuggle the manuscript to the outside world.