A powerful message to the youth of the dangers of blessers 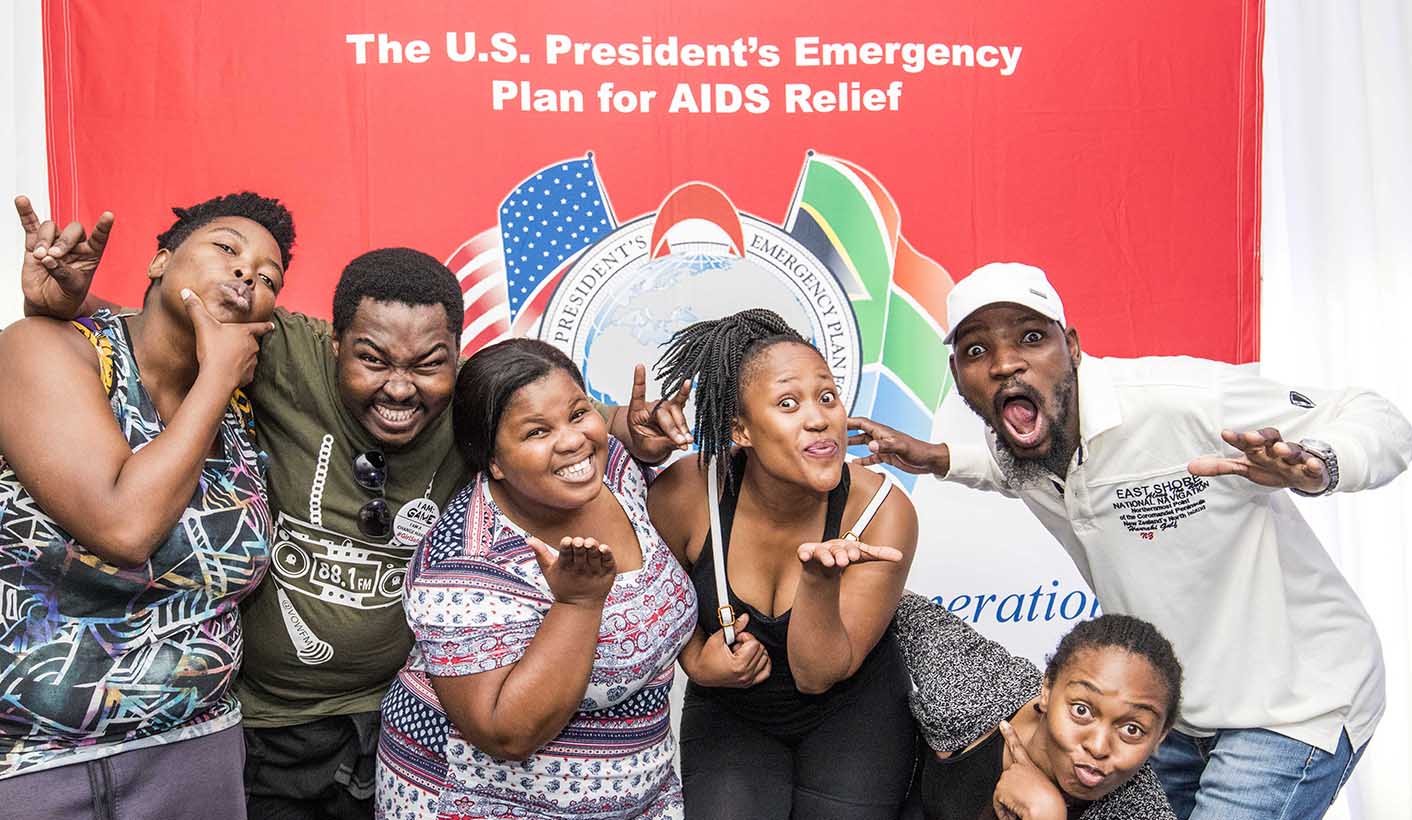 The United States Mission to SA hosted a #GirlsSafe Youth Media Change Expo discussion and engagement with youth to support the 16 Days of Activism against Gender-Based Violence (GBV) campaign. By PUSELETSO NTHATE.

The discussions and engagements of the United States Mission to SA’s #GirlsSafe Youth Media Change Expo were to address the socio-economic challenges that make young women in South Africa vulnerable to contracting HIV and also vulnerable to being victims of GBV.

The event saw at least 200 participants from disadvantaged communities in KwaZulu-Natal and Gauteng.

“As we enter 16 Days of Activism against women and children. I am pleased to also see young men and it is encouraging because it means we are nurturing both boys and girls to become better future citizens so we can have a GBV-free society,” said SA National Aids Council Executive Manager, Dr Connie Kganakga.

The event in Pretoria last week saw a performance by National Children’s Theatre, A short Cut to a Short Life. The play was about young women who date blessers to see a better life and escape poverty.

A blesser is an older man with a lot of money dating a young woman. He provides expensive gifts and a lot of money and sometimes luxurious trips in exchange for sexual favours or for company.

The play addressed the tremendous risks young women face in blesser relationships. Not only did the play illustrate the long-term negative effects of this relationship, which contributes to HIV infection rate among young women, but it helped young people reflect on positive options for future life success.

Young women turn to “blessers” – older men – for lavish lifestyles and to escape poverty. The common practice is a concern because there is a higher risk of a young girls being infected with HIV as these older men rarely opt for protection.

Christian Mkhize, a young woman from KwaZulu-Natal, shared her thoughts and reflections on the play. “You can have what you desire through hard work and education. Blessers also went to school to get an education in order to have money and materials. Young women must focus on getting their degrees and diplomas.”

Nontsikelelo Ntsima, a youth from Orange Farm, said the problem started with parents. “Parents should sit the children down and explain the situation at home. They should also be (alerted) when children come home with goods especially when they know they are not working.”

Mbalinhle Cele, from KZN, disagreed, saying that it is unfair to blame it Con parents: “Children must be grateful for what their parents offer them because they are doing the best they can to provide for them.”

The US Embassy Charge d’Affairs, Jessica Lapenn said: “Our goal is to create an Aids-free South Africa and youth here are the next generation of South African Leadership.

“We need to raise awareness about the connection between GBV and the spread of the HIV, which is impacting women and young girls in the community at the alarming rate,” she said.

The #GirlsSafe Youth Media Change Makers Expo implemented, through a grant to the iSchool Press Team, launched a five-film Public Services Announcement that has been scripted, filmed, and edited by youth ambassadors. It was officially launched and they will be displayed widely until 10 December.

The five short films carry strong messages. Among them were Speak out Before you Die, which encourages victims to speak and break the silence. And Speak out or it Won’t Change, where a young girl was physically abused by her controlling boyfriend.

August Tshegofatso Power, an aspiring politician and economics pupil from Garankuwa, said it is her first time attending such an event and it was great to step out of her comfort zone. “Today was a learning curve for me to hear other people’s stories. There are a lot of pupils from schools who are pregnant and have blessers.”

Power added that absent fathers contribute to the behaviour of blessers and youth must learn to be disciplined.

Lapenn told the youth at the expo that they were the leaders in your school, churches at communities. “We want to help you to be empowered and make good decisions for yourselves and also to educate people in your communities. We reflect on the progress made and challenges that lie ahead. Although great progress has been made in South Africa, many are still at risk especially women who have a significantly higher HIV infection rate than men.”

Gender-Based Violence is a profound and widespread problem in South Africa, impacting on almost every aspect of life.

According to Violence against Women in South Africa, A Country Crisis study published by Centre for the Study of Violence and Reconciliation (CSVR), the recorded murder rate of 24.7 per 100,000 females in South Africa is significantly higher than global levels.

South Africa’s 2016 Demographic and Health Survey indicates that one in five women older than 18 has experienced physical violence. This figure is reportedly higher in the poorest households, where at least one in three women has reported physical violence. A 2009 Medical Research Council study reported that three women die at the hands of their intimate partner every day, putting the femicide rate at five times more than the global average. DM

Photo: The cast and crew of A Short Cut to a Shorter Life. Photo: Supplied