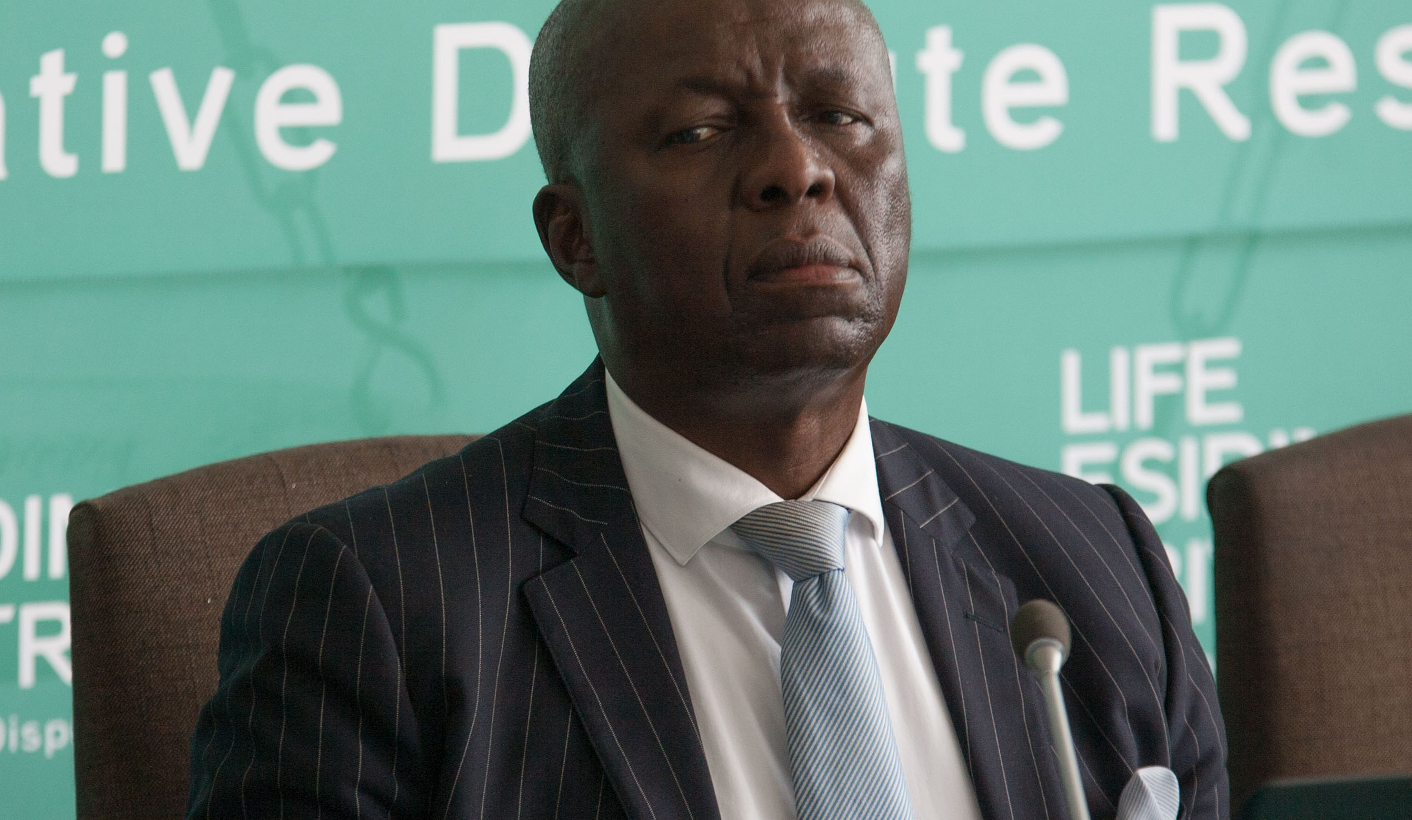 Dr Makgabo Manamela’s testimony at the Life Esidimeni arbitration confirmed one overarching conclusion: neither she nor the Gauteng department of health cared about the voices of citizens. She still doesn’t. By GREG NICOLSON.

In 1997, Zola Skweyiya wrote the to the White Paper on Transforming Public Service Delivery. “I want to turn words into action. I want the needs of our people to come first and be satisfied. I want people to view and experience the public service in an entirely new way,” he said. The white paper introduced the civil service to one of its defining principles – Batho Pele. People first.

Testifying over four days at the Life Esidimeni arbitration, Gauteng’s suspended director of mental health, Dr Makgabo Manamela, was an example of the disdain some officials and their departments have for citizens and what happens when they put people last. They are denied the dignity and services they’re entitled to. They die.

Manamela, who the health ombudsman said was one of three Gauteng department of health leaders responsible for transferring around 1,700 patients out of Life Esidimeni and into NGOs in 2016, tried to postpone her testimony last week, claiming she needed all the documents before the arbitration in order to prepare. She failed to appear on her second day of testimony, eventually providing a medical certificate citing a stress-related illness.

The arbitration was established to promote healing for the relatives of the 143 patients who died as a result of the department’s plan. As the former Gauteng MEC of Health, Qedani Mahlangu, and suspended head of Dr Barney Selebano both delayed their appearances, relatives were keen to hear from Manamela.

Health Ombudsman Professor Malegapuru Makgoba found Manamela was one of the architects of the plan to move the patients, supposedly to save costs and implement a national plan long before it was meant to be implemented.

She had approved licences for the deadly NGOs, which she didn’t have the power to do. The NGOs didn’t have the resources or skills to manage chronic psychiatric patients. The patients were eventually sent to facilities where many died as a result of neglect, both by the NGOs and the department.

Manamela was an evasive witness from the moment she took the stand, refusing to answer questions directly and bending basic notions of truth and logic. She frustrated even the arbitrator, former Deputy Chief Justice Dikgang Moseneke. Multiple parties said she was lying.

Monday was her last day of testimony. Last week, she told Moseneke she had not been requested by SAPS to give a statement. Moments before Manamela was due to leave the stand, SECTION27 Advocate Adila Hassim introduced a letter Manamela’s lawyers had written to the acting Gauteng director of mental health on 2 November 2017 saying she could not meet the police as requested. Manamela had already been reminded that perjury was a crime. She said the request “slipped my mind”.

She maintained that the NGOs she had issued licences to were adequate to treat patients when they were inspected. Solidarity Helping Hand Advocate Dirk Groenewald presented her with evidence that the NGOs Precious Angels and Anchor received their licences before there was a service level agreement with the state, a requirement for a licence.

“I didn’t know they would be , and in our we didn’t plan for anybody to die,” she said. Groenewald said she was “reckless and negligent”, but Manamela would only concede that others thought her plan was wrong. “I know now from you, but then it was not wrong.”

Three witnesses have testified that she instructed NGOs to take patients even when they couldn’t care for them. Manamela denied their claims and said it was their word against hers. “Are you okay, doctor?” Moseneke asked, saying she offered a “barrage of words”. Groenewald said, “I put it to you that your testimony now makes no sense at all.”

She was repeatedly questioned on why she didn’t speak out earlier. Relatives and psychiatric professionals had warned that the plan would end in disaster. “It was not my call to make,” she said. “The plan was not to plan that people would pass on.” She claimed that no one said the move should be halted, but during she forced the plan on dissenters. She was warned of the plan’s potential consequences and was aware when the bodies started to pile up, but she maintained she never had the power to speak out.

Manamela claimed she was “saddened” by the deaths, but she placed her own interests at the centre of her testimony and ignored repeated to tell the truth to help the families find closure.

Batho Pele was originally targeted at civil servants, committing them to being courteous and respectful to citizens and delivering services effectively. It has become a catch-all slogan for state employees to put people first. Moseneke is the epitome of the value. He remained respectful to Manamela, even when her answers were incomprehensible, and primarily has at heart his responsibilities to the families to find truth and closure.

Between her deflections and denials, Manamela revealed her own priorities. “I believe that somehow, somehow during these proceedings I became an accused,” she said in her closing statement. She said the proceedings were biased and SECTION27 was out to get her. “Everybody who testified before me, their evidence was taken as correct,” she said earlier. “History just repeats itself in this country.”

Manamela claimed the media had also vilified her and violated her privacy. “What I know is that the media was out to tarnish the department about the project,” she said, oblivious to the irony that it was the media and SECTION27, along with relatives and civil society, who warned the department about the plan. Under tough questioning from Advocate Groenewald and jeers from the audience, she said she and her family’s lives were at risk.

Manamela had no regard for the patients or their families, not when the plan was implemented or on Monday. Last week, Andrew Peterson from the Life Esidimeni family committee testified that the department had told families opposed to the plan they were being used by the Democratic Alliance in political battles and they should stay away from white people. That attitude has become entrenched under President Jacob Zuma and elements of the ANC.

Instead of listening to constituents, Manamela was clear on Monday that she still believes there is a witch hunt against her and continues to vilify those who warned her that patients would die. This is after 143 patients have died. Acting out of self and political interest, putting propaganda over the interests of citizens, she ignored the calls of those she was appointed to and refuses to accept responsibility or to be held accountable. She sent society’s most vulnerable to die and believes she is the victim.

The Life Esidimeni arbitration will continue on Wednesday where it will hear testimony from relatives of patients who survived the move. DM