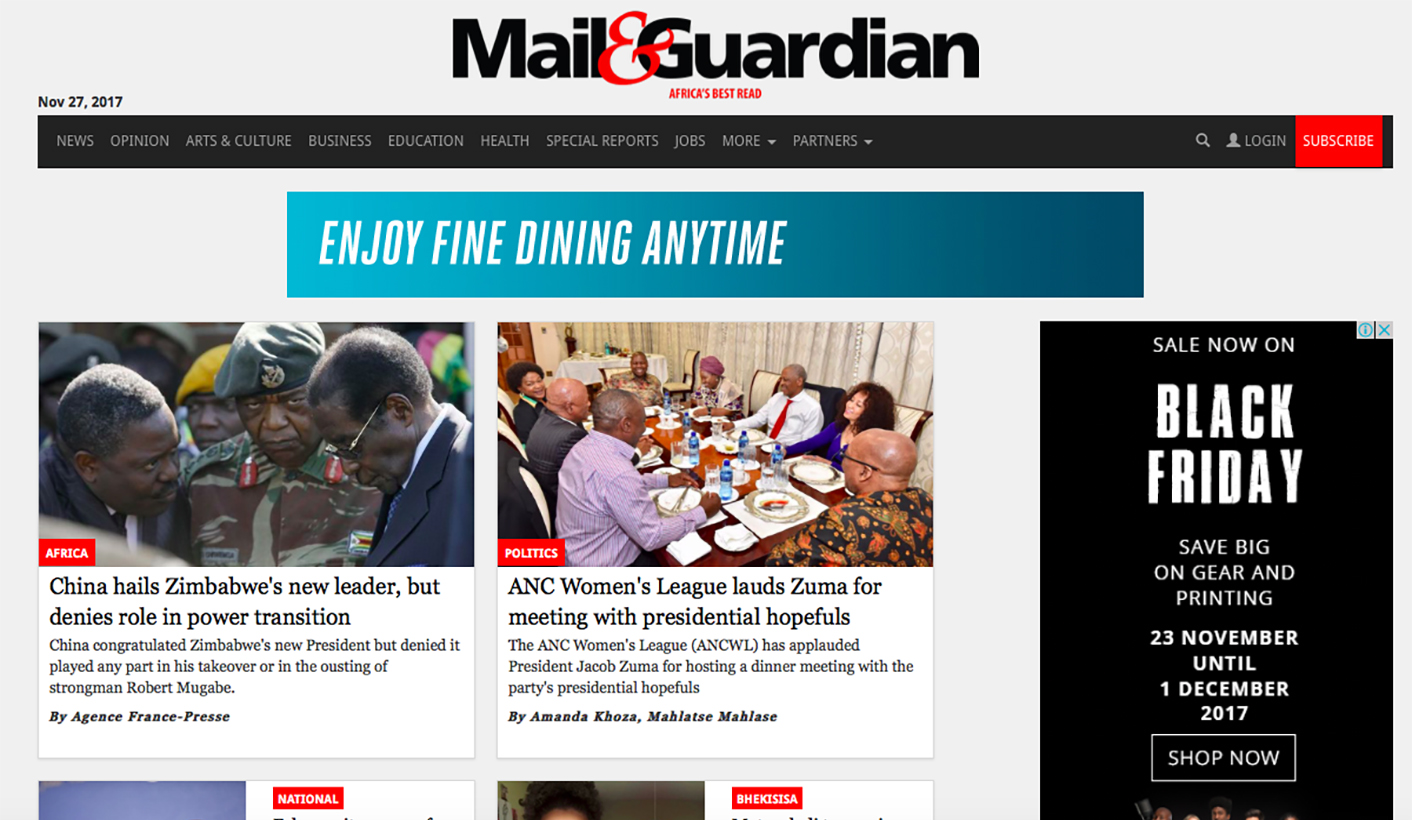 The Mail & Guardian, one of the country’s most respected publications with a fine tradition of gutsy journalism, is considering multiple offers to purchase the media house. Bosses hope they’ll conclude a deal within the next week. By GREG NICOLSON.

Mail & Guardian CEO Hoosain Karjieker said on Monday that “six to seven” offers to purchase the weekly publication were being considered, but they were still in negotiations.

Financial services firm Deloitte is managing the sale and the company’s board met on Monday morning to discuss the offers.

Karjieker was unable to expand on the details of the offers as negotiations are ongoing but explaining the motivation to sell, he said: “I think initially, it’s important to introduce local empowerment shareholders into the country.”

He said there were “multiple possibilities” that could come out of the discussions with potential buyers and while Mail & Guardian looks set to have a new owner within a week, “there’s no guarantees”.

Karjieker said the bidding price would obviously play a key role in the decision to sell, as would editorial policies. “That goes without saying… The editorial independence would be a really key factor.”

Zimbabwean entrepreneur Trevor Ncube took over ownership of M&G Media Limited, the company behind the publication, in 2002. He owns 77.69%. The M&G Staff Share Trust and Media Development Investment Fund own 10% and 2.31% is owned by other minorities.

Analysing figures from the Audit Bureau of Circulations of South Africa, the media, marketing and advertising website Mark Lives has reported that the Mail & Guardian’s circulation, like most publications, has declined year-on-year in each quarter of 2017. The latest analysis of quarter three in 2017 shows a year-or-year decline to 27,766 from 28,781.

In 2015, there were rumours that the Mail & Guardian was up for sale as it was undergoing restructuring to cut costs. Karjieker said at the time that the media house was not for sale. Independent Media executive chairman Iqbal Surve was reportedly interested in acquiring the newspaper, founded as The Weekly Mail in 1985. In 2015, it was rumoured that the publication could be sold for R100-million.

Emails contained in the #GuptaLeaks show that the Gupta family considered trying to purchase the paper. Former Oakbay chief executive Nazeem Howa wrote in a 2016 email to the Guptas that the Mail & Guardian was campaigning against President Jacob Zuma and using the Guptas as “pawns”.

Howa estimated that the publication could be purchased for R20-million. He advised against the idea. Ncube at the time said that while entrepreneurs sometimes make offers to acquire the business, it would be reckless to sell to anyone who would undermine independent journalism. DM