AmaBookabooka: ‘As by Fire’ generates heat (A Podcast) 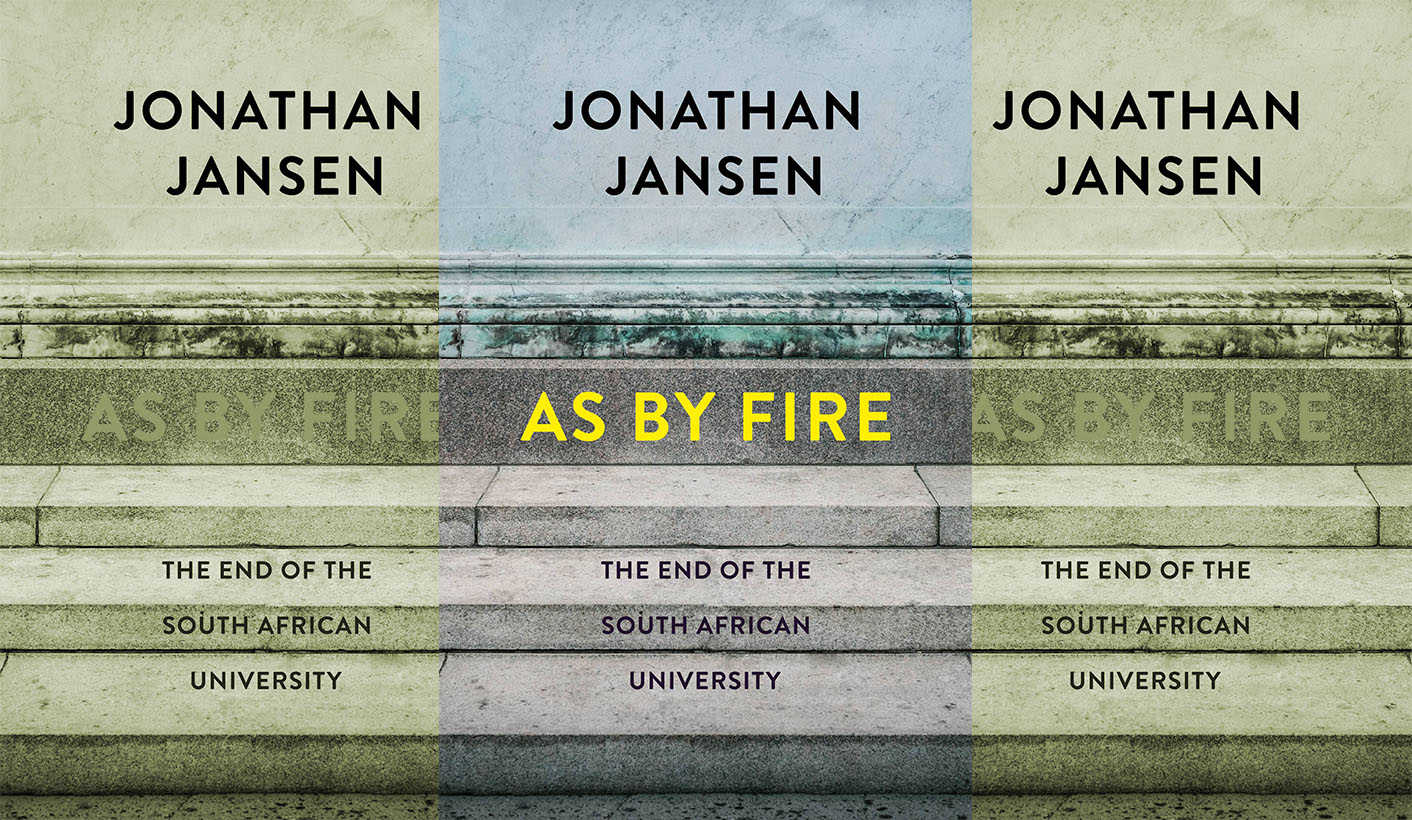 Jonathan Jansen’s latest book examines the causes and consequences of the #Fallist uprising, from the perspective of one of the voices that didn’t really get too much oxygen – the leaders of the universities. By JONATHAN ANCER.

Today’s guest on the AmaBookabooka podcast is a symbol of tolerance, reconciliation and transformation – his is a gentle, wise and calm voice in a cacophony of noise, clutter and chaos. Professor Jonathan Jansen is a husband, father, academic, leader, joke-teller, peacemaker, columnist and compelling storyteller. He is also a teacher, and his books – and he’s written a lot of them – are all about lessons.

In his latest book, As By Fire: The End of the South African University, Jansen interviews leaders from a wide range of varsities. Their personal stories and insights are compelling. Ihron Rensburg from the University of Johannesburg revealed how regular transcendental meditation sessions helped him to find balance; Dan Kgwadi from the North-West University described threats to him and his family; the University of Cape Town’s Max Price told Jansen about his office being petrol bombed, and Wits University’s Adam Habib talked about being targeted by Twitter trolls.

It’s clear from reading As By Fire that being the leader of a university is a thankless job that carries a heavy personal and professional burden. Students, academics, government, public, media and alumni criticise and condemn them. I tried to think of worse jobs – being the coach of a national team perhaps? But sometimes even the Amabokoboko win a match. I Googled “worst job in the world” and found out that Marks & Spencer hires someone to taste its dog food – that sounded pretty terrible. However, despite the stress that comes with the title, Jansen says being the rector of the University of the Free State was, in fact, quite a pleasant and rewarding job.

In this episode of the AmaBookabooka podcast, Jansen says the conditions that led to the #Fall uprising – state subsidy cuts, increase in poor students, rising fees, poor school system producing students who drop out – was a “perfect storm”. He talks about how the vice chancellors tried to warn the government that this storm was brewing, but no one was listening.

Jansen’s concern for his students is clear and one of the heartbreaking issues that As By Fire raises is how desperate students see university as their way out of poverty, but actually for many, going to university makes them even more indebted. The book also shows that the students’ uprising was bigger than their fight with the university – the students feel betrayed by the post-apartheid government. Jansen deals with this unfulfilled promise and starts one of the chapters with a quote from a protester’s poster: “Our parents were made promises in 1994 – we’re here for the refund.”

Finally, Jansen, whose seven-year term as UFS’s rector was sandwiched by notorious racially charged incidents – the Reitz video at the beginning and the invasion of the rugby pitch and the violence that followed at the end – talks about the enormous “challenges” facing South Africa’s reconciliation project. Jansen, however, still has hope.

The Sound Effects Rorschach Test gives listeners some fascinating insight into Jansen’s inquisitive mind and the distinguished prof reveals the unlikely school record he holds in the 400-metre race.

Meanwhile, in this episode’s Self-Publishing Corner, MYeBook founder Dave Henderson gives the lowdown on eBook technology and the advantages of going the eBook route. Interested in self-publishing? Visit the MYeBook.co.za website for regular news. DM