Op-Ed: Coup, what coup? The vexing question of how SADC and the AU should react to Zimbabwe’s situation 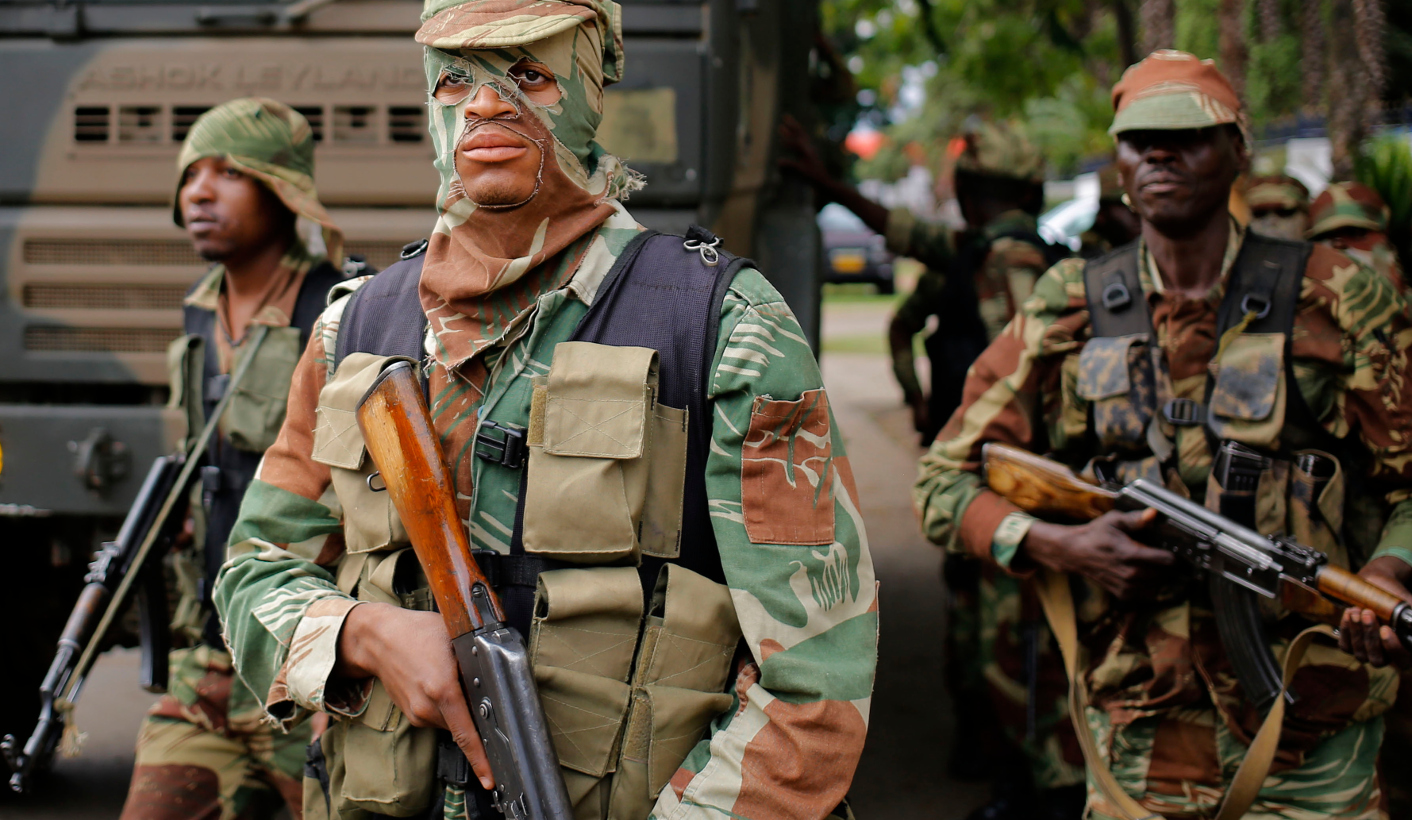 It seems unlikely that the Zimbabwe situation – even though seeming to satisfy the elements of a coup, albeit in slow motion – will be defined as such. By MARTIN NSIBIRWA and PEACEMORE MHODI.

The second unconstitutional change of government is considered to occur when mercenary groups overthrow a democratic government. Outfits such as Executive Outcomes, an entity of South African origin, come to mind. Executive Outcomes was involved in conflicts in Liberia and Sierra Leone where it propped up or helped overthrow governments. Another widely publicised case was that involving Mark Thatcher, son of former British Prime Minister Margaret Thatcher, whose group was incidentally arrested in Zimbabwe while en route to overthrow the government of Equatorial Guinea.

According to the AU, another form of unconstitutional change is when armed dissident groups or rebel movements overthrow a democratically elected government. Many examples of this abound.

The fourth situation occurs when an incumbent loses elections but refuses to relinquish power. The antics of Yahya Jammeh, former president of The Gambia, are a recent example.

The question then arises as to whether the recent events in Zimbabwe amount to an unconstitutional change of government. If they do, the SADC and AU would have to act.

It is common cause that the military has forcefully taken over strategic points of government in Zimbabwe. For example, it took over the state broadcaster. It proceeded to arrest some cabinet ministers. President Robert Mugabe was himself confined to his house, temporarily. The question is, do these actions in Zimbabwe amount to a coup? In a democratic state, civilians are supposed to have oversight over the military and that seemed to be the case in Zimbabwe until the recent events. The determination of whether there is a coup should dictate the reaction of the SADC and the AU.

According to Issaka Souaré in his book on civil wars and coups in West Africa, a coup is “an illegal seizure of the highest level of power by a limited number of military officers in a more or less violent or peaceful covert operation that does not exceed a few days”. According to Souaré, some conditions must be fulfilled: first, the seizure of power must be illegal. Second, the level of power seized should be of the highest authority, for example, office of head of state or government such as king, president or prime minister. Third, the coup activity should involve a small number of military officers; and finally, the duration should be short. Applying these four conditions to Zimbabwe would suggest that Zimbabwe has indeed experienced a coup.

The military have arrogated to themselves the powers of the president. For instance, only the president has powers in terms of Zimbabwe’s constitution to deploy the Zimbabwe Defence Forces (ZDF). In this case military officers have deployed their members in parts of Harare. The authority seized is of the highest office.

The AU has been clear on unconstitutional changes of government terming such acts “unacceptable and anachronistic” and contrary to “democratic principles and conditions”. Thus, it remains to be seen whether the AU will take decisive action on the Zimbabwe situation. The AU is empowered to condemn and impose certain sanctions, such as temporary suspension of the country from participating in the policy organs of the AU. Importantly, the AU stipulates that persons taking part in unconstitutional changes of government cannot participate in subsequent elections to restore constitutional order.

It seems unlikely that the Zimbabwe situation, even though seeming to satisfy the elements of a coup, will be defined as such, especially when President Mugabe and General Constantine Chiwenga have been shaking hands and smiling for the cameras.

The Zimbabwe events present a tricky situation. If SADC and the AU declared the events in that country as amounting to a coup and imposed sanctions while President Mugabe remained in power then it is he who would suffer the consequences of such sanctions and was considered as the democratically elected leader. Yet if they did not do anything it would present a new opportunity for other countries to mount “soft coups” and deny that there was actually any wrongdoing. What is clear is that however viewed, this is a hot potato for SADC and the AU.

Early indications suggest that SADC will take the diplomatic route, preferring not to call it a coup and play for time. Could it be that SADC feels that the jury is still out against it? There is a widespread view, especially among Zimbabweans, that SADC has failed in its previous interventions in Zimbabwe, hence it should not involve itself in the current political and constitutional impasse there.

What is clear though is that the military generals in Zimbabwe have really pulled a rabbit out of their hats, leaving everyone baffled and confused on how to characterise their actions. Some have said it is a soft coup while others have retorted that it is a coup in slow motion. DM