Deeper Underground: The battle for the Philippi Horticultural Area, Chapter One 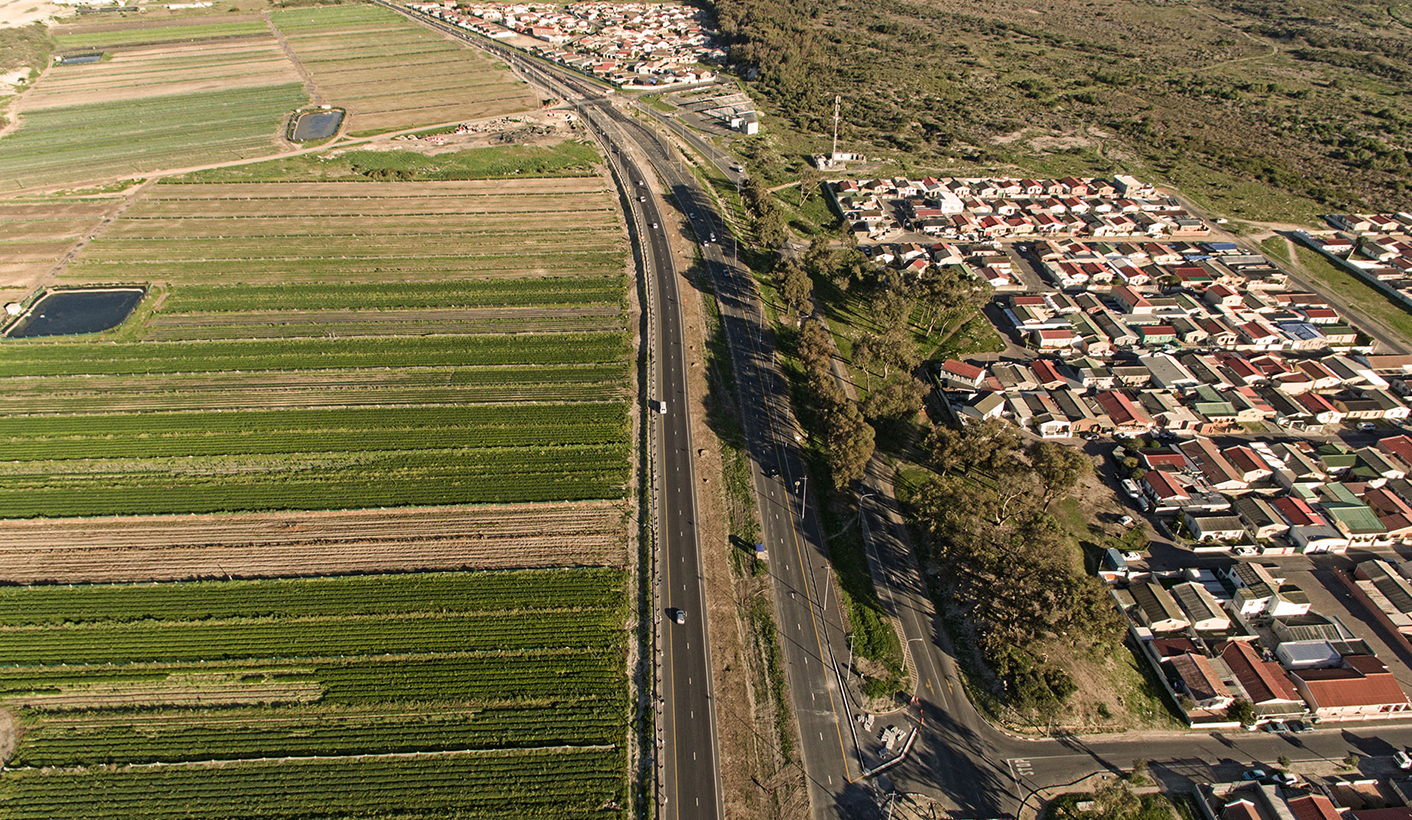 Prolonged drought hits farmers hard. But in Philippi in Cape Town lies an oasis of land with abundant access to groundwater. South Africa’s most productive horticultural area per hectare, it has nonetheless shrunk considerably – over the same period that South Africa in general, and the Western Cape in particular, have become progressively drier and less food secure. After years of protest, activists are taking officials from local, national and provincial government to court to fight for the land. By MARELISE VAN DER MERWE and HEIDI SWART for DAILY MAVERICK CHRONICLE.

All chapters of the Cape of Storms to Come investigation can be accessed here.

In the year Cape Town’s municipal water is at risk of running out, activists from the Philippi Horticultural Area Food and Farming Campaign are taking their case to the High Court, fighting for land they say is crucial to efficient use of the Cape Flats Aquifer.

For nearly a decade – and backed by 33 civil society organisations – they have been contesting two proposed developments on an area measuring some 753ha. In court, respondents will be officials from local, provincial and national government, property developers, and Heritage Western Cape.

Once part of the Philippi Horticultural Area (PHA), the land is now owned by property developers. Its land use designation has been changed from agricultural to urban, despite warnings from researchers – both independent and taxpayer-funded – that development would threaten food and water security in the metropole.

The first is a proposed development by Uvest, which overlaps with a large area of highly productive farmland. One portion of this land is set to be sold to the City of Cape Town at R52-million, subject to completion of the rezoning process.

The other proposed development, Oakland City, is earmarked for an area where – according to researchers – re-absorption of water into the Cape Flats Aquifer is especially effective. This development was at the centre of an investigation by the Financial Services Board after the FSB found the land’s value had been massively inflated.

A snapshot of what is at stake: The City has warned that “Day Zero” could occur in May 2018 if consumption is not reduced to around 500-million litres per day. Farmers in the Western Cape are on 50% rations. The province’s agricultural industry is staring down the loss of tens of thousands of jobs and a drought-related loss in agricultural output that would cost the economy R3.2-billion.

The Philippi Horticultural Area – described by the activists as “drought-proof” thanks to the temperate climate and easy access to groundwater – is the most productive horticultural area per hectare in the country. Studies have underlined its role in the future food security of the region.

Drought can have a devastating impact on agriculture. It can wreak havoc on groundwater resources in the long term. Caught in between are, first, the farmers, tasked with feeding the country; second, the citizens, who need to put food on the table; and third those in government tasked with seeing that resources are distributed fairly and for the greatest public good.

But as resources dwindle, so do the chances of achieving all three of those tasks. And the battle for Philippi’s land illustrates just that.

This multi-part investigation delves into why and how one of the region’s most valuable horticultural areas and its crucial groundwater source, the Cape Flats Aquifer, were potentially threatened in the years running up to the current disaster. Read Chapter One here. DM

All chapters of the Cape of Storms to Come investigation can be accessed here.