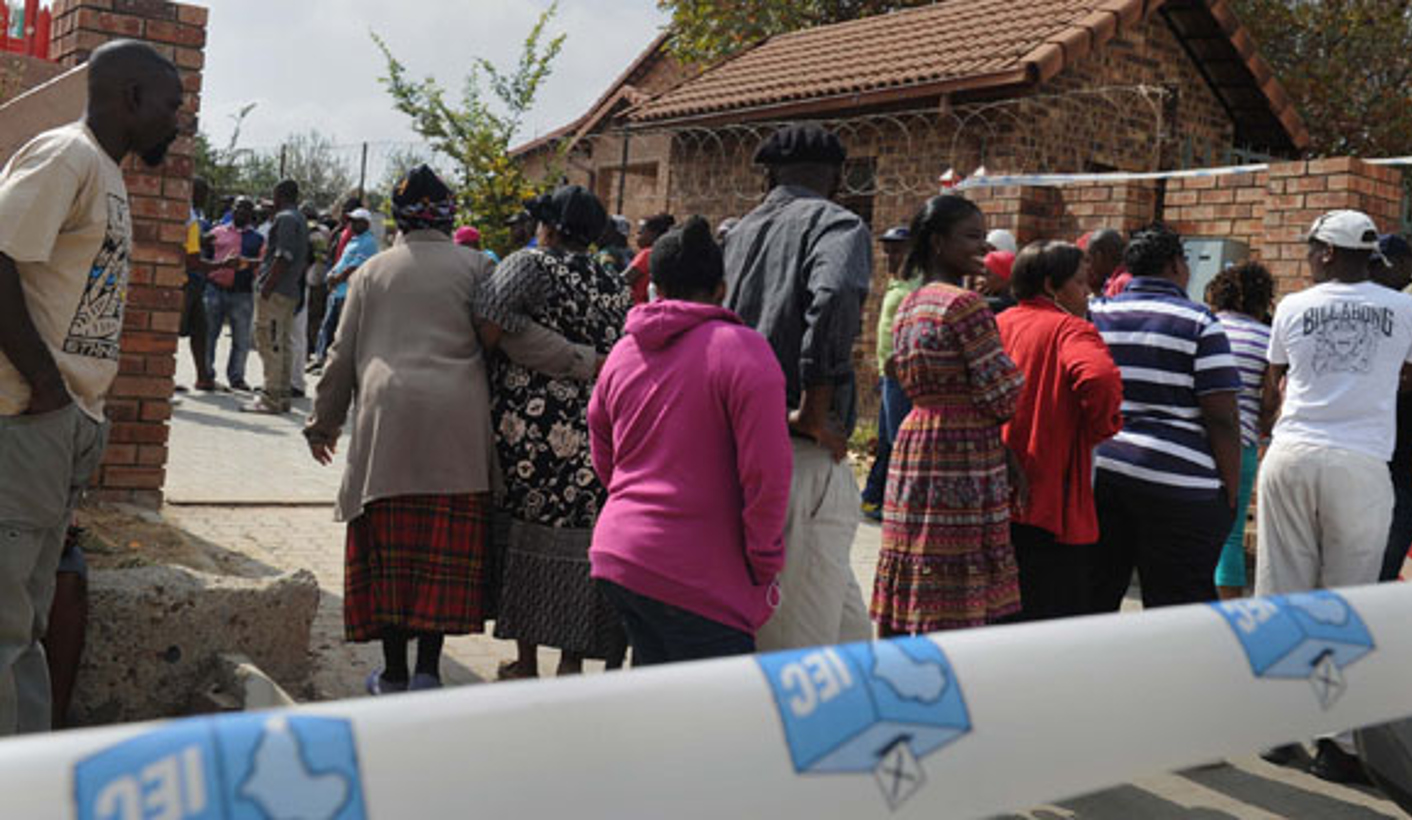 The African National Congress (ANC) had to defend two safe seats in the by-election held on 15 November. The seats were in the metros of the City of Cape Town and Ekurhuleni. While there was still a wide margin between the ANC and the rest of the pack in both wards at the end of the night, the ANC lost ground in both by-elections. By WAYNE SUSSMAN.

This by-election had extra spice added it to it as Leo Mbobi, a gender activist ran as an independent candidate and a party-the African Restoration Party- formed by traditional leaders, advocating for a greater role of traditional leaders in South Africa contested here.

Mbobi was able to win a voting district and finish second in the by-election. He finished first in the Thokozani Youth Centre voting district, a district where the ANC won 88% of the vote in 2016, but was unable to replicate his showing there in the other voting districts. The African Restoration Party (ARP) had a poor showing, receiving only 142 votes (2%). The ARP would have been a slight concern to the ANC but failed to launch last night.

The ANC comfortably won every other voting district, winning over 80% of the vote in three of the eight voting districts. The ANC did lose some ground to the Democratic Alliance (DA) at the Elukhuselweni Educare Centre voting district where the DA received 21% of the vote.  The ANC will hope that the total percentage decrease in support in Khayelitsha Site B was a once off blip, due to an Independent candidate running here. The Economic Freedom Fighters (EFF) finished fourth here, just behind the DA. Turn-out was 35%

While it was an easy win for the ANC, there would be concern about the percentage decrease in support and the fact that they lost a voting district to the Inkatha Freedom Party (IFP). While the ANC got over 75% of the vote in 3 of the five voting districts, they also lost ground to the EFF at the Katha Day Care Centre. The EFF got 28% of the vote here.

The IFP did not contest here in 2016, and received only 2% of the proportional representation vote. They came second here last night. This was achieved by winning the Hostel Offices voting district. The hostels of Gauteng remain a key part of their support base in the province. The EFF came third here. Besides for their solid showing at the Katha Day Care Centre, they battled in the other voting districts. The DA finished fourth. They beat the EFF in all the other voting districts but lost votes to the IFP at the Hostel Offices voting district. The NFP’s disappointing year continued as they finished a distant fifth. Turn-out was 33%.

The next round of by-elections will be on the 29 November when the voters of Metsimaholo (Sasolburg) go to election to elect a new council. The ANC was the biggest party here in 2016, but failed to get over 50%. This saw the DA, the Freedom Front Plus and a local party, Metsimaholo Community Association (MCA) come together, with the outside support of the EFF. The coalition failed, and the ANC will hope that it can take back the only municipality in the Free State not controlled by them.

Photo: Hundreds of people queue in long lines to take part in the 2014 general elections in Diepsloot. (Photo: GCIS)