Analysis: With ANC struggling to perform, the DA hopefu...

Analysis: With ANC struggling to perform, the DA hopefuls compete for Gauteng leadership 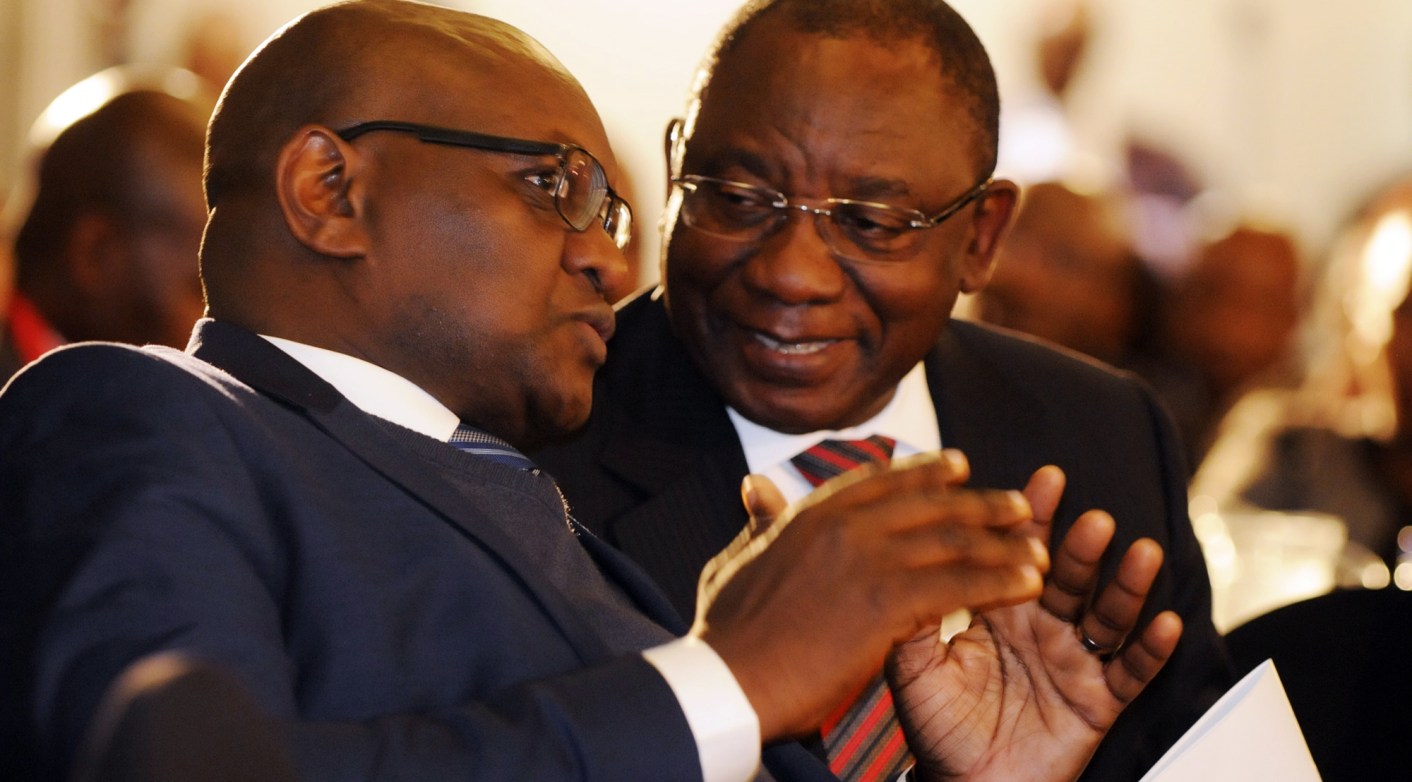 In a country consumed by current political contest of the ANC kind, another long-term race that could have long-term implications will climax this weekend. It is sometimes forgotten that there is such a thing as provincial politics in the DA, partly because it has never been particularly important. However, such is the terrible recent record of governance in Gauteng by the provincial ANC that there is now finally something to play for. It is looking more and more likely that the ANC will lose Gauteng in 2019, almost no matter what happens in that other contest in December. Should that happen, it will only have itself to blame. By STEPHEN GROOTES.

It is probably common cause by now that South Africa is inured to scandal. Day after day we hear about these leaks, this claim, and that accompanying lack of prosecution. But in Gauteng, there is something special, different, about the Esidimeni Life scandal. The arbitration hearings chaired by former Deputy Chief Justice Dikgang Moseneke have been coaxing the most awful and riveting testimony from people who allowed more than 140 mentally ill people to die in horrible conditions. The testimony has heard about people being locked in sheds, about others who were found with twisted pieces of plastic in their stomachs as they had no food, and bodies kept in disused butcheries. And then there was the family who told of how they had been told their relative was safe and well, when in fact they had already been dead for two months.

And in the background, hovering like the awful spectre over a feast, has been the figure of the former Health MEC, Qedani Mahlangu. Instead of being fired, she was allowed to resign. Instead of facing the music, she is abroad, instead of witnessing the horrors she caused, she is studying overseas. Or she was, until the institution she attends took the unprecedented step of suspending her from its programme.

It is easy to blame Mahlangu for this, but unfortunately for the Gauteng ANC, it too must take much of the blame. In a democracy where bad governance leads to voters looking elsewhere, you would expect them to try to expose those responsible for what happened and then take appropriate, and public, action. That has not happened. Instead there has been a sort of muted defence of Mahlangu. They’re not saying that she did the right thing, but they are not helping to drag her to the hearings either. And in the process, the suffering of the families is allowed to drag on before any closure can be reached.

What is astonishing about this is that the Gauteng ANC has tried to portray itself as different, more competent than the rest of the ANC. Its urban constituency has led to it trying to put clear blue water between itself and those who support President Jacob Zuma; its leadership was the first, and only, part of the ANC to call for Zuma to resign after Nkandla. Instead, we are being confronted with a provincial party that is making mistake after mistake in simple governance issues.

And if the Esidimeni tragedy were not enough, on Wednesday motorists were confronted with the horror of an open trailer, which appears to have been designed to transport cars, losing its wheels on the M1 highway. The trailer was carrying more than 40 coffins. Yes, an open trailer, carrying dead people to a paupers’ funeral. Proof, once again, that this provincial government does not care about the dignity of people who live, and die, here.

One of the dynamics that makes Gauteng very different to other parts of the country is the concentration of non-SABC media in the province. Reporters have been covering the Esidimeni hearings hour by hour, tweet by tweet. The trailer incident led to the most incredible coverage, in newspapers and traffic bulletins. And this makes it much harder for a party to deal with these problems.

Just three years ago, the ANC won just 53.59% of the vote in Gauteng. It was the clearest, most stark warning that the party had to shape up or leave office in 2019. Instead of trying to improve governance, the Tshwane region has been plunged into in-fighting, and the party has lost both the capital and Johannesburg. And instead of trying to mount a bid to regain power, it has even allowed people like Parks Tau to treat being leader of the opposition in Joburg as a part-time job.

It is in this context that the DA in Gauteng is holding its election this weekend. It would appear that it could be a contest to decide who will actually be the next Premier. While the winner does not automatically become the candidate for Premier in 2019, they will certainly be in pole position for the post, or to determine who will be.

In one corner is the current leader, John Moodey. Moodey has been leader for years, has incredible institutional memory, and is a strong, solid retail politician. However, the sheer length of time in this position may lead to questions about whether the party has performed as well as it could have, given the ANC’s weakness.

In the other corner is Ghaleb Cachalia. He is something of a latecomer to the DA, first rising to prominence as the party’s candidate for Ekurhuleni in 2016. He came close to winning it too, after the ANC had to rely on support from the African Independence Congress to retain power there. And yes, he is one of the Cachalia family, who played a big role during the Struggle, and currently feature a judge at the Supreme Court of Appeal. Cachalia appears to be a dedicated, intelligent politician with a strong grasp of the problems around racial and political identity that currently confront the party.

It appears that this provincial election in the DA has led to higher levels of contestation than in the past. The scent of real power is filtering through to parts of the party, leading to more electioneering, and more campaigning. It may be that this is responsible for problems the party administration has had with membership lists, and the general running of the election. But it would also be incredibly foolish for the DA in Gauteng to allow the current mood of the ANC to infect it as well. In other words, this is a time for the party to start learning how to manage contestation within it when there is the real prospect of power.

It should also not be forgotten how important the province of Gauteng is. If the ANC were to lose it, it would no longer govern an urban constituency. As the population becomes more urbanised, this is going to be more important. It could become more rural in nature, particularly if the voice of the Gauteng ANC were to become marginalised in internal debates, because it is no longer in power. This could have the impact of hastening the party’s ousting from national government, if it loses touch with urban voters, who will, or already do, make up the majority of the country.

It is obvious to everyone that the contest confronting us in December is of vital importance to the nation. But it could be foolish to ignore other contests that could also turn out to have a big impact over the next few years. DM