Theatre: The Children’s Monologues – telling South African stories through the mouths of babes 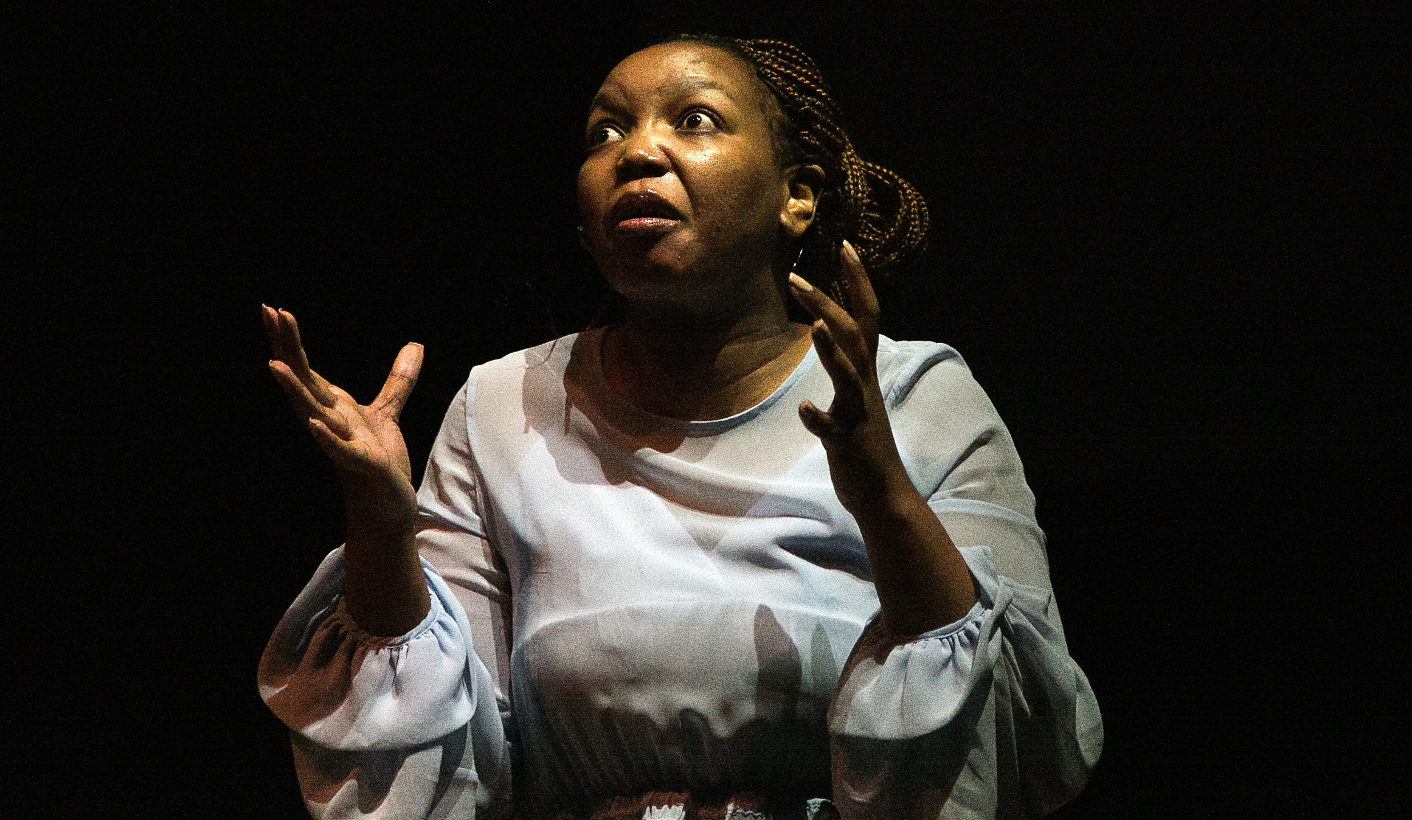 On Monday 13 November, The Children’s Monologues played on three different stages – Carnegie Hall in New York City, the Market Theatre in Johannesburg and at a Rammulotsi community hall in the Free State – at the same time, all in the name of charity. For those who attended the three shows, the experience was spellbinding. By NKATEKO MABASO.

The Children’s Monologues came about as a result of a writing workshop for children in Rammulotsi, Free State, in which they were asked to write about “A day they will never forget”. Then, with some adaptation from Academy Award-winning writers, such as Lynn Nottage, Neil LaBute, Tom Stoppard, Laura Wade and others, The Children’s Monologues were prepared for the stage.

Dramatic Need, a UK-based charity organisation, hosted The Children’s Monologues by bringing together some of the best local and international artistic talent. The charity group funds programmes in South Africa and Rwanda. “We promote creative expression as a tool for conflict resolution, social development, gender-empowerment and for the communication of positive health messages,” Dramatic Need state on their website.

“They are genuine stories from a god-forsaken place … and the voices are true,” says Mfundi Vundla, Generations creator and a co-producer of the play. Vundla brought together Dramatic Need and the Rammulotsi community. He is the patron of Dramatic Need South Africa.

The Children’s Monologues had its debut in 2010 at the Old Vic Theatre in London, and in 2015 played at the Royal Court Theatre. And this year it played simultaneously in three different theatres.

Photo: A poster advertising the Market Theatre’s The Children’s Monologues

At the Market Theatre it was an all-female cast. The actresses we know and love came out on stage to pull off stunning and moving performances. Stars such as Mmabatho Montsho, Fiona Ramsay, Chiedza Mhenda (a beautiful woman who pulls off a convincing performance on Generations as a man), Thuso Mbedu, who was recently nominated for an International Emmy Award for her performance in the local TV Drama, Is’Thunzi, along with several other talented artists performed the monologues locally. Market Theatre Artistic Director James Ngcobo directed the play for the second time.

Photo: The cast of the US version of The Children’s Monologues

Susan Sarandon’s monologue was titled: Mama Storm Outside. It was written by a young girl living in Rammulotsi. The same monologue was performed by Lerato Gwebu at the Market Theatre. The young girl has HIV and a ghost for a friend. A most revealing line was when she considers her death and the poverty of people living around her and says, “People are tired of holding a clock that seems to wind backwards. Then moves fast ahead, leaving them behind.”

Dramatic Need also put on a dazzling show for the Rammulotsi community. “The young people in Rammulotsi put on a production from scratch, learnt about lighting and sound. So sad that it’s over but so proud of what they achieved,” wrote Dramatic Need on their Instagram.

“All the proceeds go to the Dramatic need’s art programmes,” said Kwanele Gumbi, chairperson of the Market Theatre.

With a full house at the Market Theatre, Ngcobo hailed the play a great success. “As soon as I got the script I knew which actresses I wanted to work with. I hand-picked them.” With regards to the,” said Ngcobo.

The cast only met on the day of the performance and had generous things to say about Ngcobo. “He makes the actor comfortable and shares his vision from the beginning,” said Mbedu, who is in New York to attend the international Emmys where she has been nominated for Best Perfomance by an Actress. “He is extremely revolutionary,” said Montsho. “He is a progressive creative artist who is doing something for the country.”

For the audience it was an emotionally taxing play as you listen to children both explain and make sense of traumatic experiences. And yet the children and their naïve concept of the world made the audience laugh rather than cry and connect with the universal emotions.

“It is the human condition,” said Monthso, who was playing a boy who is a former gangster. “We all have had experiences of what they are feeling; pain, rejection, mistakes and retribution.”

Chiedza Mhedu explained how because the girl she played had an incident that deformed her face, she too had to come from a place of “anonymity”, and had to “feel anonymous, to put a curtain on myself, I had to present a disfigured face”. As an actor she believes “it is my job, honour and privilege to tell these stories, which are meant for healing”. Mhedu is also the ambassador of Dramatic Need South Africa.

Lulu Mlangeni, the Season 2 winner of South Africa’s So You Think You Can Dance, came out to do a contemporary dance piece, moving the audience to its feet and to tears with her performance that was intense, vigorous and passionate.

After a successful night at the Market Theatre, Carnegie Hall and Rammulotsi, Vundla hopes to host the play again next year and do more with Dramatic Need in telling South African stories, especially told by kids, to the world. DM

Photo: Thembisa Mdoda performs in The Children’s Monologues at the Market Theatre on Monday. Photo: Supplied