Notes from the Scene: When Parliament met the students – at UCT 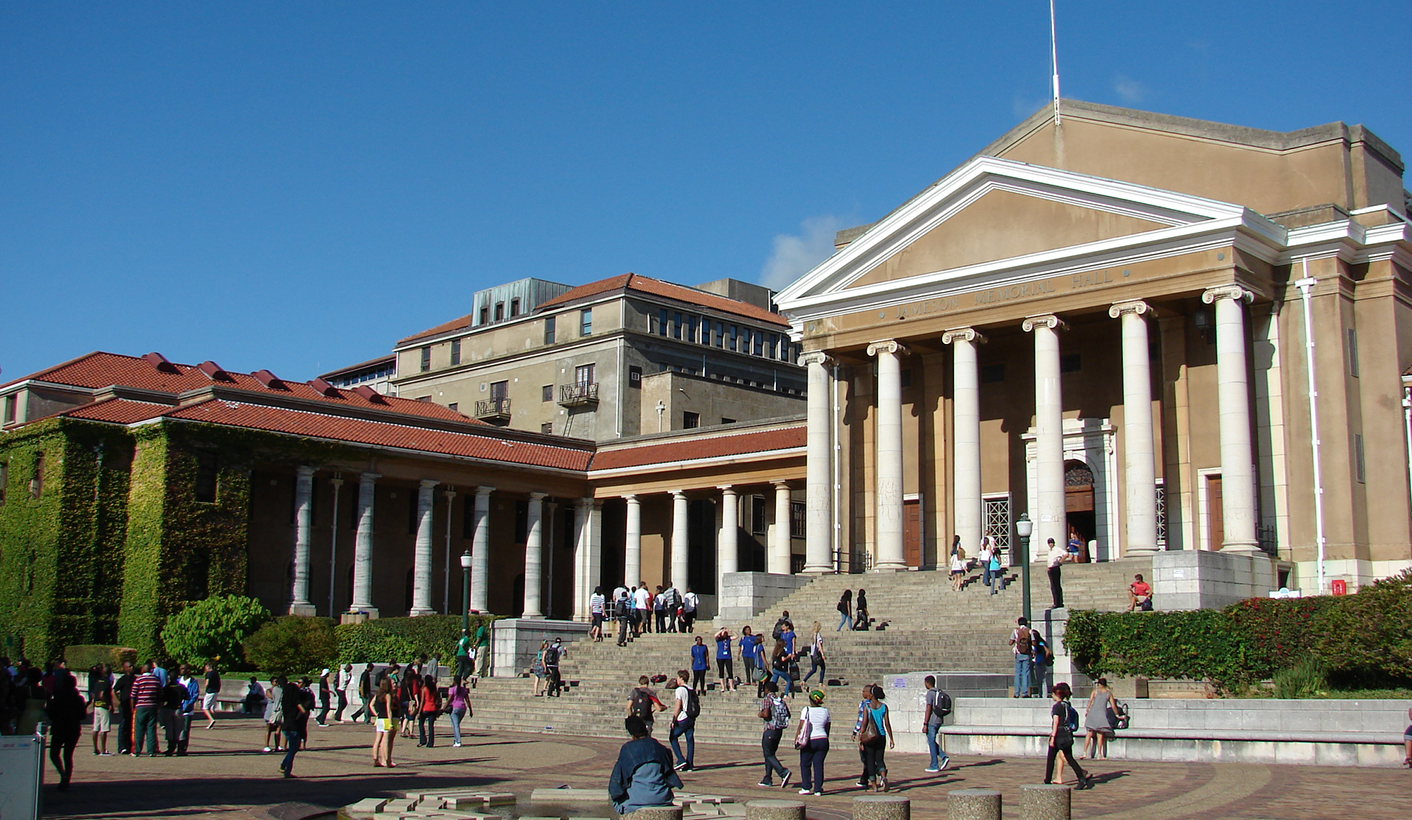 The words “Parliament” and “students” together don’t have a happy track record in recent South African history. In 2015 stun grenades were fired in the parliamentary precinct for the first time in history – at protesting students. This Thursday, however, saw Parliament visit the students rather than the other way around, when the portfolio committee on education took itself to the University of Cape Town to check in on ongoing disruptions at that institution. Spoiler alert: no faeces were thrown at MPs. By REBECCA DAVIS.

Following a shut-down of UCT last week, Parliament’s portfolio committee on higher education and training visited the campus on Thursday to meet with students and management. Daily Maverick was on hand to bring you notes from the scene.

Euphemism of the day: “impasses”

Explaining the reason for the portfolio committee on education’s visit to UCT, chair Connie September – an ANC MP – said Parliament was concerned that UCT was experiencing “impasses”. Over the past two weeks, the impasses have manifested themselves in the following: suspended tests; students forced out of computer labs; smashed windows; university bus tyres slashed; at least two naked protestors arrested for blocking a zebra crossing; and the dumping of human faeces.

What are they teaching them at UCT anyway?

Still on the faeces issue, one dissenting student was quoted by TimesLive last week as commenting: “I don’t know where they get faeces from actually.”

No MP was harmed in the making of this meeting

If a few politicians had happened to be gently splashed with human effluent while visiting UCT on Thursday, public approval of the student protests might have risen a bit. But the meeting – which took place in a building guarded by police on lower campus – went off in a generally harmonious spirit. Fallist leader Masixole Mlandu was at one point reprimanded by chair September for apparent sarcasm about President Jacob Zuma’s lengthy consideration of the Fees Report, but Mlandu clarified that he would not “disrespect the first citizen of the land”.

FMF has a solution to the fees problem

Mlandu told the committee: “White people must pay the bill of free education”. Mlandu explained that the Fallists did not necessarily believe that government should cover the costs of free higher education, though it should play a role. Stepping up to cover the lion’s share of the tab, however, should be the corporate sector. Mlandu queried why Johann Rupert had not yet been “called to the forefront” to give a commitment that white monopoly capital would invest in education.

MPs are a lot like students’ boring parents, really

If the students had hoped that MPs would appreciate their radical spirit and earmark them for future political posts, they may have left slightly disappointed. September, in particular, gave the students an earful about the need to prioritise dialogue over violent protest, warning that otherwise the students would have to explain to their future children why they had burned down all the buildings. “You can’t replace dialogue with fire in a bin,” September rebuked the students.

Newly-elected Student Representative Council (SRC) leader Karabo Khakhau was left scrambling for an explanation after September asked her what “2.0” meant. Khakhau had called for negotiation with students to take place through the official SRC rather than parallel structures – by which she presumably meant Fees Must Fall – which would amount to an “SRC 2.0”. Khakhau manfully explained that 2.0 referred to a rebooted version of an original entity, or words to that effect.

UCT vice chancellor Max Price is officially not the enemy

This was told to students by MPs in no uncertain terms. “I don’t think Dr Price is an enemy of the people,” Economic Freedom Fighters MP Moses Mbatha mused.

“The Vice Chancellor is not the enemy,” September subsequently confirmed, while the non-enemy quietly scribbled in his notebook – perhaps an affirmation to the effect of: “I AM NOT THE ENEMY”.

Parliament was schooled by students for poor planning

Explaining that the students had been given less than a day’s notice of the meeting, SRC executive member Hannah Margetts rebuked the MPs: “It would have been nice to prepare a bit more for this”. Given the scant preparation some MPs put into meetings, perhaps the parliamentarians didn’t consider short notice a problem.

The Human Rights Commission wants to do student negotiations

“The Human Rights Commission wants to offer you mediation,” September told the students. “Are you averse to that?” There wasn’t a clear answer forthcoming from the student representatives present. Mlandu said, however, that the SRC should not be able to negotiate on behalf of students as the council was, unlike the Fallists, “not on the ground”. By contrast, Mlandu said, the protestors have “popular support”.

How popular is popular support?

This is a matter of opinion, apparently. Vice-chancellor Price told the committee that he estimated support for the student protests to number a few hundred out of a total student body of 28,000. Appealing to protestors to allow the academic year to be completed, Price said: “You’re fighting the wrong team, fighting the wrong adversary, and harming the careers of 28,000 students”.

Universities are kak expensive to run

Price mentioned that the UCT library alone costs R70 million a year – which rises every time the rand weakens, since the costs are mainly borne in foreign exchange. The cost of running UCT next year is estimated to rise by 8%, which means UCT has to find 8% more money – whether from fees or government subsidies. “We don’t mind who pays that,” Price said.

The committee was reminded of this when SRC head Khakhau said that she agreed with comments previously made by DA MP Andricus van der Westhuizen about the need to continue with the academic programme. “It’s because you’re from the same party,” charged September, to chuckles from the other MPs present.

Everyone actually agrees on quite a lot

There was a surprising amount of consensus between the SRC, Fallists, MPs and university management on most of the issues raised, to do with university transformation, the push for a greater culture of inclusiveness – and the need for more money for higher education. The sticking-points are, in summary: where this money should come from; and whether the academic year at UCT should be allowed to conclude while the solution is still being fought over. In answer to the latter question, MPs, university management and the SRC say yes. The Fallists say no. “People don’t just wake up and burn buildings,” Mlandu told the committee. “For us to sit here with no nuance is a betrayal of intellectualism.” DM