Zimbabwe: Mugabe’s axing of his deputy might be the first gusts of the ‘perfect storm’ 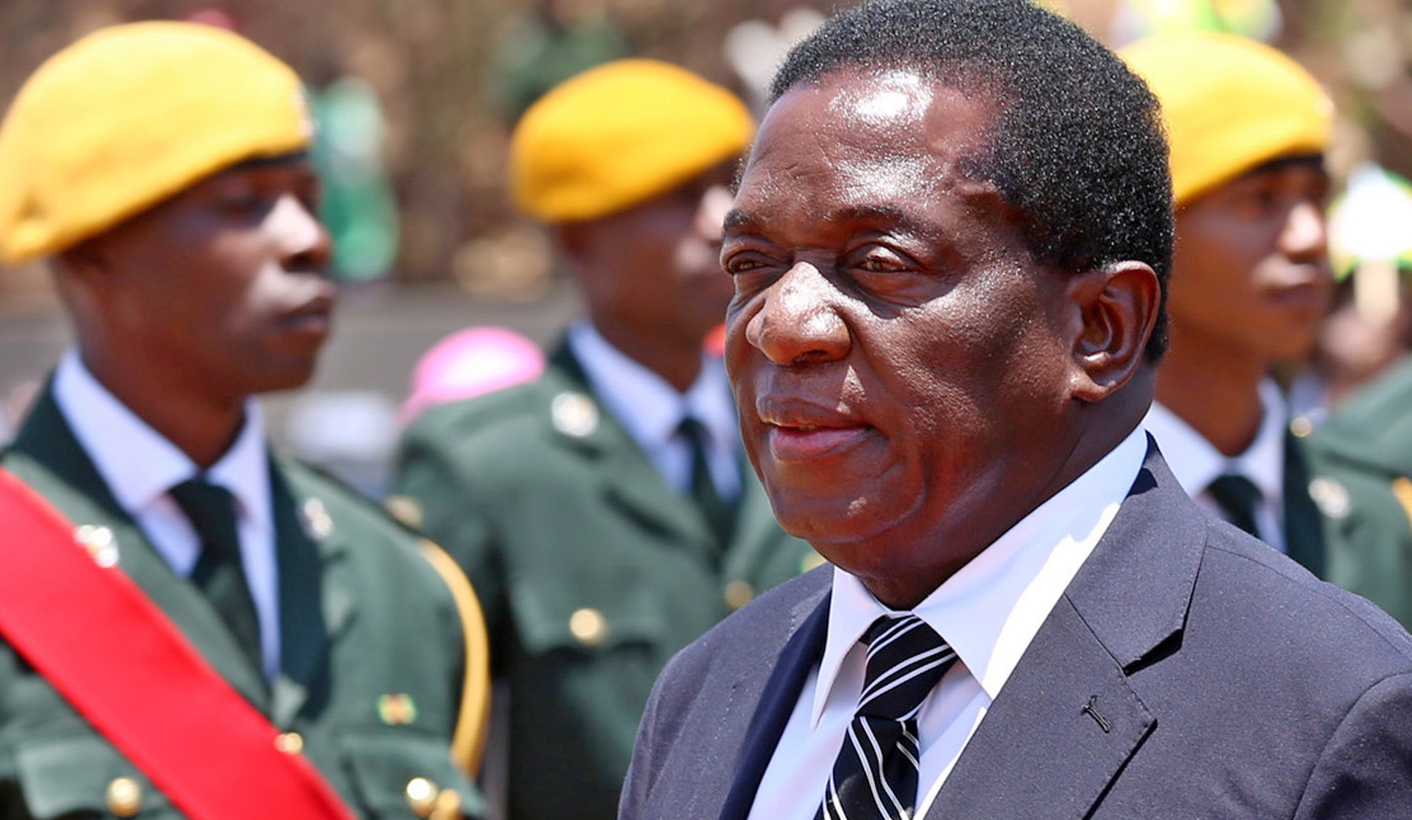 Zimbabweans and the region are holding their breath to see if Emmerson Mnangagwa’s powerful supporters in the military will accept what is widely regarded as Robert Mugabe’s rash decision to fire his erstwhile trusted henchman. By PETER FABRICIUS.

Shades of Salome. On Monday President Robert Mugabe indulged his wayward wife Grace by presenting her with vice-president Emmerson Mnangagwa’s head on a platter.

Now Zimbabweans and the region are holding their breath to see if Mnangagwa’s powerful supporters in the military will accept what is widely regarded as Mugabe’s rash decision to fire his erstwhile trusted henchman.

Rumours are swirling in the country and on social media that the military chiefs are planning a coup and that Mnangagwa has fled the country, fearing arrest.

Opposition senator David Coltart said he was worried Mugabe’s axing of his deputy might be the first gusts of the “perfect storm” he has been forecasting for his country for some time.

The South African government said on Tuesday it was not expecting a coup but it was nevertheless watching its troubled northern neighbour closely for any signs of instability. Official sources in Pretoria said they thought it more likely that Mnangagwa would leave the ruling ZanuPF to form a new political party, rather than taking the military route.

Coltart said it was clear that Mugabe, 93, had fired Mnangagwa at the behest of Grace after the vice-president’s supporters booed her loudly at a Zanu PF youth wing rally in Bulawayo. She openly blamed Mnangagwa for the humiliation and demanded he be fired. Two days later her husband obliged. Grace Mugabe and Mnangagwa head opposing factions within the ruling ZanuPF party that have been becoming increasingly embroiled in a bitter fight to succeed Mugabe.

Coltart said from Bulawayo on Tuesday he had been unable to confirm the rumours that Mnangagwa had caught a private aircraft out of Buffalo Range Airfield at Chiredzi in south-eastern Zimbabwe. And clearly much of the reporting on social media about the generals refusing to accept the decision, are speculation or deliberate fake news and disinformation.

But Coltart did not completely rule out the possibility of a big section of the military top brass refusing to accept Mnangagwa’s firing – though he thought it unlikely. He said the head of the Zimbabwe Defence Force General Constantine Chiwenga had clearly revealed his support for Mnangagwa in the past and that most of the rest of the military top brass also supported him. The Zimbabwe National Liberation War Veterans’ Association was also clearly behind Mnangagwa, he said. Both these powerful factions would have been “appalled” at the axing of the vice president.

Coltart said Mugabe’s move against Mnangagwa had been building up for some time as the rivalry between him and the First Lady grew more bitter. The spark had been the booing of Grace Mugabe the Bulawayo rally.

He said he had been warning for some time against a “perfect storm” brewing in Zimbabwe because of an unprecedented convergence of several factors, including the ailing Mugabe’s inability to hold together the fragmenting ZanuPF, the economic collapse of the country and the fact that the region was distracted by its own internal issues. The ANC, in particular, was entirely preoccupied with its vital party leadership conference in December. Western governments were also distracted by internal issues.

Coltart said he was sure the politically astute Mugabe would not have axed Mnangagwe without his wife’s insistence. The move had demonstrated her power over him.

It was an unwise move politically, not only because of the strong support Mnangagwa had in the military but also his political support in ZanuPF and his ability and readiness to do Mugabe’s political dirty work. “He was Mugabe’s point man in Gukurahundi,” he said, referring to the slaughter of thousands of residents of the province of Matabeleland in the early 1980s which destroyed Zanu’s rival party, Zapu, largely representing the second tribe, the Ndebele.

Coltart said Mnangagwa had also saved Mugabe in the 2008 elections when Mugabe lost the first round of the presidential poll against Morgan Tsvangirai, whose Movement for Democratic Change also beat ZanuPF in the parliamentary election.

Mnangagwa then mobilised the ZanuPF thugs who battered Tsvangirai’s supporters into submission in the second round and forced him to withdraw from the race.

Coltart said that although he could not rule out the military intervening on behalf of Mnangagwa now, he thought it unlikely they would, as that would turn the region against them.

“And certainly we need the military to stay in their barracks. A coup would be disastrous for the country.”

The South African government believes that Grace Mugabe’s strategy is to replace Mnangagwa as first vice-president to serve defence minister Sydney Sekeramayi who is being groomed to succeed Mugabe as president.

South African officials were struck by the amount of praise which Mugabe heaped on Sekeramayi when the two governments met for the Bi-National Commission between them in Pretoria last month.

But Coltart said after seeing just how much power Grace Mugabe has over her husband, he was now wondering if her next move would be to persuade him to put her in the top job directly.

Coltart added he was sure that Western powers would be disappointed at the axing of Mnangagwa. Britain and other countries were widely believed to have been backing him as the best ZanuPF leader to succeed Mugabe, as he was considered the most business friendly.

His ally Patrick Chinamasa had been trying hard, as finance minister, to normalise Zimbabwe’s shattered economy and to negotiate the resumption of badly-needed credit from international financial institutions like the IMF, before Mugabe shunted him out of the key portfolio last month. DM