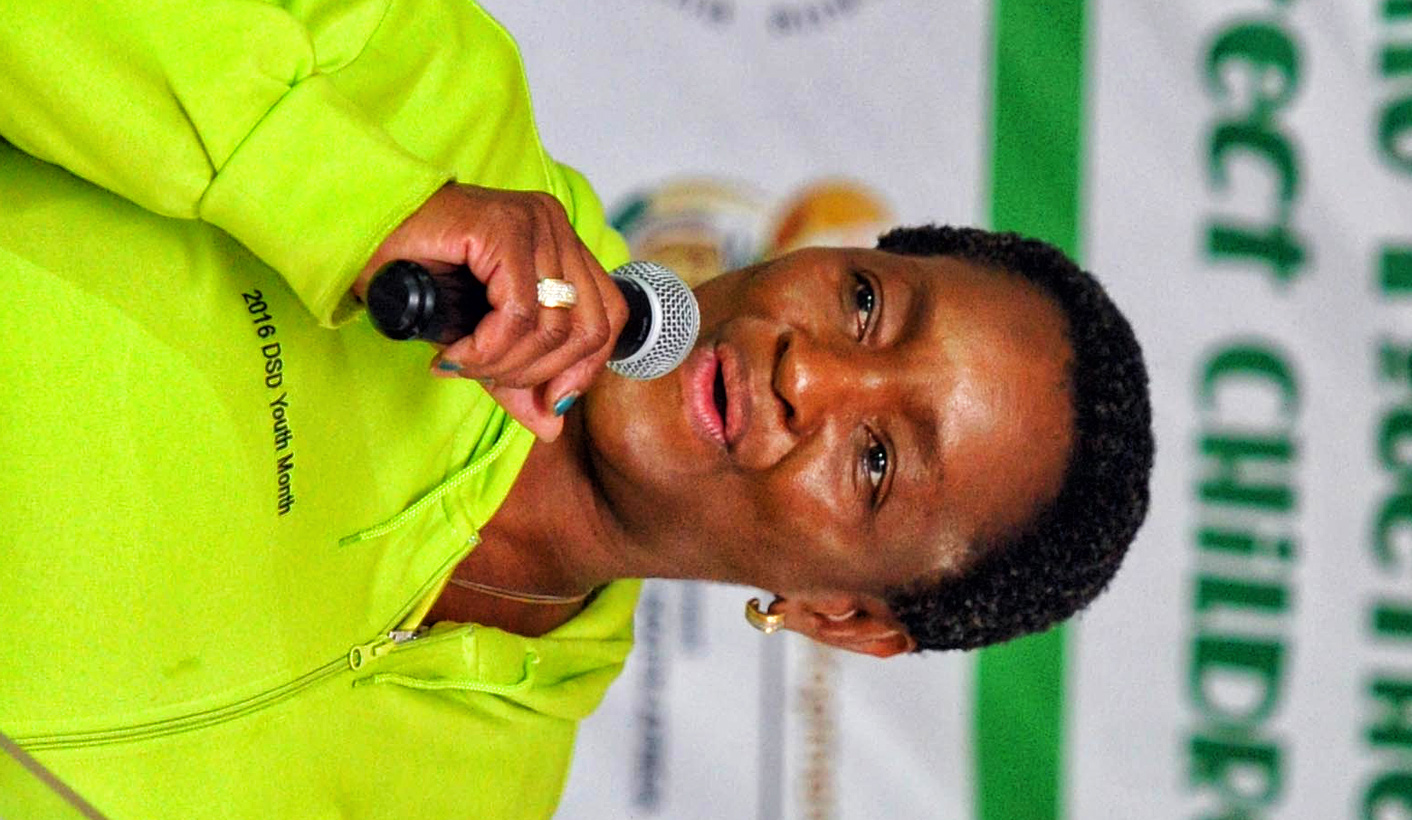 Parliament's committee room V454 promises to be the scene of a major showdown between Sassa and the South African Post Office on Tuesday, a day after Minister of Social Development Bathabile Dlamini announced that Sassa would launch an open tender process for three services she claims SAPO cannot provide. The short window period for the bid has already raised multiple red flags among Scopa committee members. SAPO CEO Mark Barnes will attend the joint sitting, and even Dlamini may make a surprise appearance. By MARIANNE THAMM.

Bets are on as to whether serial jilter, Minister of Social Development Bathabile Dlamini, will pitch up for a crucial joint meeting of the Standing Committee on Public Accounts (Scopa) and the Portfolio Committee on Social Development on Tuesday. SAPO CEO, Mark Barnes, is due to report back to the joint sitting on the apparent stand-off between Sassa and SAPO with regard to taking over the payment of social grants when the extended CPS contract expires in March 2018.

The usually even-tempered Scopa Chair, Themba Godi, after Dlamini’s failure to attend last week’s joint sitting, said he would write to Speaker Baleka Mbete to call for a debate and a vote of no confidence in Dlamini should she fail to appear on Tuesday. Dlamini has habitually opted to skip meetings aimed at accounting to Scopa and Parliament on this crucial matter.

On Monday, Dlamini, instead of attending last week’s sitting, opted to make a surprise announcement, at a press conference convened at an East London hotel, that Sassa would be opening a tender process on 3 November for three services she claims SAPO is unable to offer. These are card production facilities and the provision of banking and cash payment services.

Dlamini added that the process will be finalised at the end of February, only one month before the current irregular contract with CPS – which has been twice extended – expires.

Barnes, on the other hand, is expected to report to Scopa that SAPO is best placed as well as adequately resourced to take over the responsibility which affects the lives of 17-million vulnerable South Africans. He has rejected Dlamini’s claims.

Last week Scopa committee members accused Sassa officials of lying to the committee about the agency’s state of readiness with regard to timelines as well as providing crucial documents to a ConCourt-appointed panel of experts mandated to oversee the process. They also questioned the extremely short time period for any bidders to lodge “proof of concept” documents, a strategy which flags potential corruption and that a behind-the-scenes decision or deal has already been made and that the opening of a tender process may be merely a box-ticking excursion.

Dlamini claimed that SAPO was only awarded one aspect of the Sassa contract, the building of an integrated IT payment system, and that it could not cope with the issuing of cards, banking services or the distribution of cash. She also said Post Bank currently did not have a fully-fledged banking licence.

Part of the original plan between Sassa and SAPO and set in motion by a team consisting of former Sassa CEO Thokozani Magwaza, former DSD DG Zane Dangor, former Treasury DG Lungisa Fuzile and the South African Reserve Bank, would have involved commercial banks in the payment of grants to be deposited into a “sanitised” paymaster general account that would prevent any illegal deductions being made from grant recipients. This proposal included an incentive for commercial banks to expand to remote rural areas where grants are paid out in cash.

The SARB would be the regulator of this account, the intention being to keep the circulation of the monthly R10-billion an inter-governmental process instead of outsourcing it to private, commercial interests. So far it appears that Dlamini and the Sassa executive have done everything to prevent or delay this.

Minister of Finance, Malusi Gigaba, in his Medium-Term Budget Speech, announced the recapitalisation of SAPO and SAA by a collective R13.7-billion, offset by a dip into the country’s contingency reserve. This will result in SAPO’s ability to open more accounts, and increase its capacity to eventually become a state bank.

In March this year the ConCourt handed down a scathing judgment of Dlamini and Sassa’s role in a self-inflicted crisis with regard to the expiry of the already extended irregular CPS contract. The court also appointed a panel of experts to oversee the transition of Sassa as paymaster, a process that was aimed at transparency.

But even this has been subverted by Sassa, according to the panel and the Auditor-General Kimi Makwetu’s first report to the court, detailing a litany of complaints against Sassa officials for their tardy or non-response to the panel’s request for documents. The panel of experts also expressed alarm at the situation and that it posed a “serious risk” to the successful transition of the grant payment system.

Scopa committee members have long accused Sassa and Dlamini of attempting to open a “back door” to CPS – in another guise – to bid for the highly lucrative contract.

Dlamini’s link with key players in the original CPS bid was exposed in an ongoing investigation by amaBhungane into Net 1 and CPS’s bogus BEE partners. Dlamini is alleged to enjoy a close relationship with Lunga Ncwana, the late notorious fraudster Brett Kebble’s conduit to channelling funds for the ANC.

The trust deficit between the minister, Sassa officials and members of Scopa in particular has grown increasingly wider, with some committee members openly accusing the minister and officials of deliberately thwarting attempts to hold them accountable.

Tuesday’s meeting, should Dlamini appear (or even if she fails to pitch), promises fireworks either way. It kicks off at 09:00. Should Dlamini fail to appear there is no doubt that Scopa is ready to subpoena her to do so. This differs from a usual presentation to Scopa where officials are not under oath. Being subpoenaed to appear brings with it legal consequences. DM