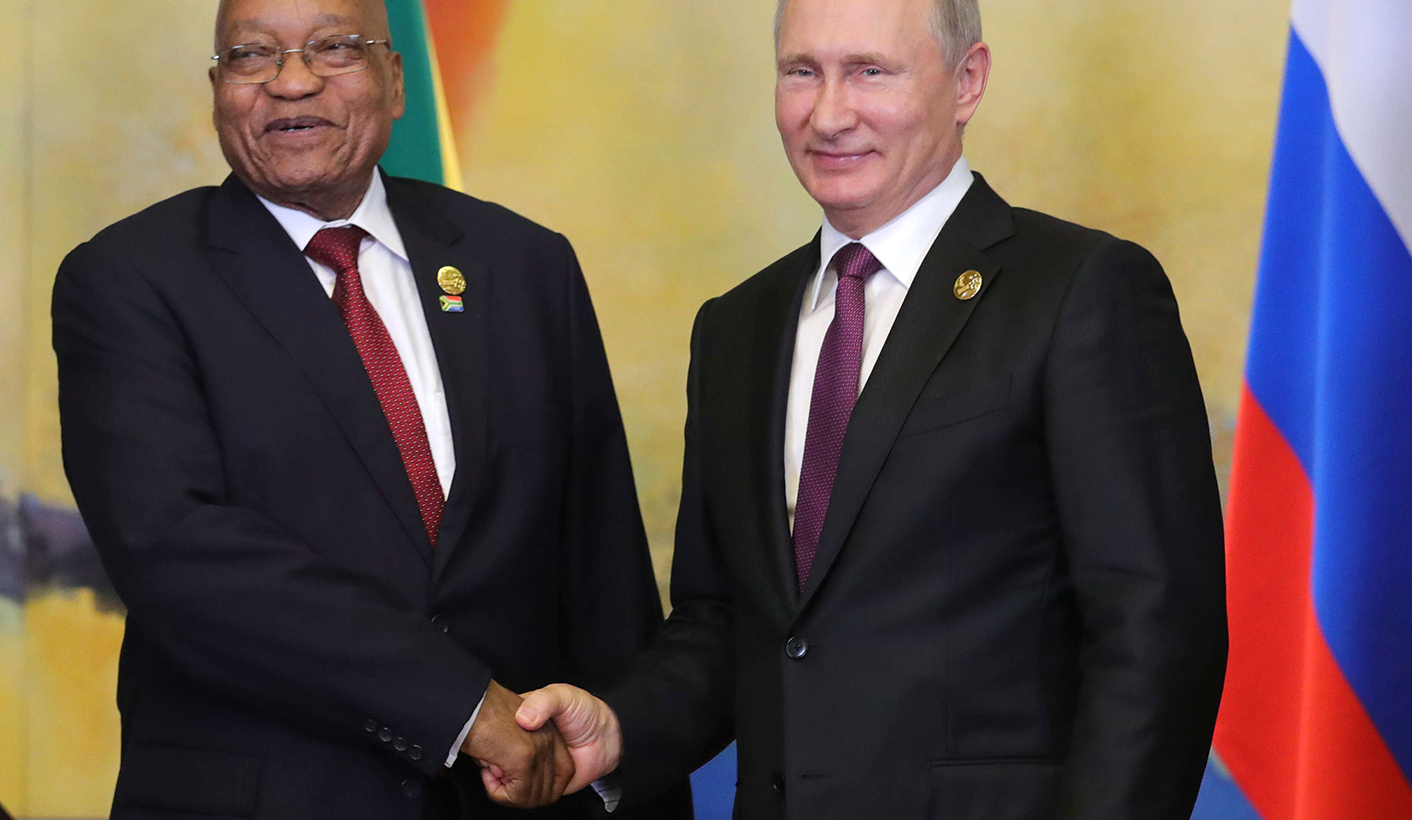 Government’s contradictions are likely intended to muddy the waters and avoid pushback from civil society. By Judith February for ISS TODAY.

So it wasn’t surprising when he said the proposed nuclear build being pushed so vociferously by President Jacob Zuma was “unaffordable”. Gigaba said there was no room for nuclear in South Africa’s current budget, and that the nuclear plan would be reviewed once a new Integrated Resource Plan (IRP) provided further clarity.

It was curious then to hear new Minister of Energy David Mahlobo, another staunch Zuma ally, saying afterwards that the numbers in the budget policy statement were “speculation” and that in fact there was finality regarding the nuclear build. What he was saying was that it would proceed.

So who to believe – Mahlobo or Gigaba? This contradiction indicates clearly the incoherence that has become characteristic of the latter years of the Zuma administration. Zuma after all operates in the shadows. Sowing the seeds of doubt regarding the nuclear deal with Russia is intended to muddy the waters and avoid clarity and thus the inevitable push back from civil society.

It is obvious from the recent cabinet reshuffle that Zuma will rely on Mahlobo to push through the nuclear deal. There are a few challenges however. First, Gigaba has to find the money; and second, there is the judgment of the Western Cape High Court, and a watchful civil society.

In April this year, Judge Lee Bozalek, with Judge Elizabeth Baartman concurring, set aside two determinations by former energy minister Tina Joemat-Pettersson that are to lay the basis for future nuclear procurement. The application, brought by civil society groups, meant that the so-called nuclear deal went back to the drawing board.

The court found that the South African-Russian nuclear co-operation deal was “unconstitutional and unlawful” given that there was no public participation in the process. The deal has been shrouded in secrecy from the start.

The nature of the international agreements also meant they had to be tabled in Parliament in terms of section 231 (2) of the constitution, the court held. This required the approval of both Houses of Parliament. However, Joemat-Pettersson deliberately tabled the international co-operation agreements between the United States, Russia and South Korea in terms of s231 (3), which doesn’t require parliamentary endorsement. That section states that agreements of a “technical, administrative or executive nature” needn’t have the approval of both Houses of Parliament and only need to be tabled “within a reasonable time”. That, the court held, was irrational and the ruling thwarted Zuma’s nuclear plans.

It says much about Parliament’s neglect of its oversight role that Joemat-Pettersson was allowed to flout process in such a manner when clearly the agreements fell outside of s231 (3). Why was Parliament silent on this failure of procedure?

For a number of years there have been serious reservations regarding the nuclear deal. In addition to the exorbitant cost and secret nature of the process, there are safety and environmental issues to be considered. In Fate of the Nation, Jakkie Cilliers warns that the nuclear deal would further intensify the capital intensity of the economy, thereby reducing the ability to create jobs except for a few highly skilled and well-paid opportunities. South Africa doesn’t need nuclear and can’t, in any case, afford it.

The National Development Plan (NDP) encourages a host of alternatives to nuclear and warns about affordability – yet the president appears hell-bent on nuclear power for reasons one can only speculate on. The plan has a clear commitment to an “energy mix” that would include renewable energy sources. The draft 2016 IRP should be the primary policy guide and describes a future energy mix that includes, but isn’t limited to, nuclear energy. Government seems to be relying on the 2010 IRP that suggests 9600MW nuclear power is needed.

Zuma’s dogged pursuit of nuclear above everything else is confusing. Joemat-Pettersson was on record saying the deal would create thousands of jobs and also “place a considerable order to local industrial enterprises worth at least $10-billion”. That sounded like arms deal déjà vu and the so-called National and Defence Industrial Participation Plans. The nuclear deal would in fact dwarf the arms deal of 1999 in both size and potential for corruption.

In addition, section 217 of the Constitution is quite clear regarding procurement processes when it says they should be “in accordance with a system which is fair, equitable, transparent, competitive and cost-effective”. Parliament also has a constitutional duty to ensure that it exercises oversight over the executive. It now has a fresh opportunity to redeem itself after its failure to deal with the breach of procedure by Joemat-Pettersson in tabling the international agreements mentioned above.

The bold Western Cape High Court ruling showed that the nuclear deal was the business of all South Africans and there could be no place for secrecy when the state was about to commit the country to billions of rand in expenditure and bind future generations.

Mahlobo is a securocrat with little appetite for transparency. He is likely to be Zuma’s chief enforcer in this deal. Time is running out before the unpredictable ANC conference in December. Zuma will probably want to stitch the deal by then. That will be an uphill battle for the President, and will require vigilance from civil society and the media to ensure that nothing slips under the radar. DM