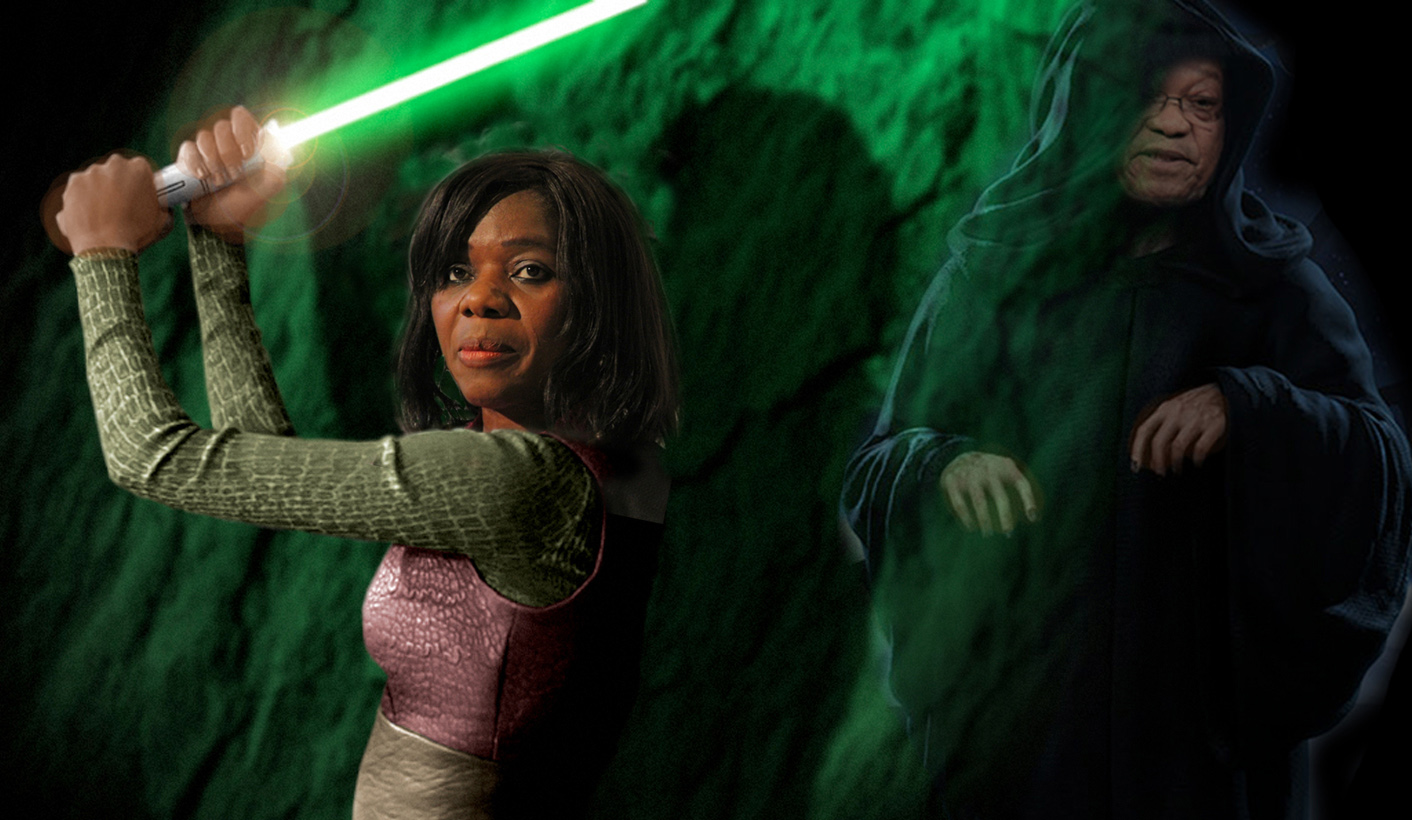 President Jacob Zuma’s legal team on Wednesday made an astonishing about-turn as they argued against former Public Protector Thuli Madonsela’s recommendation to appoint a commission of inquiry into state capture. By GREG NICOLSON.

But in a surprise move, as proceedings were coming to a close on Wednesday afternoon, Semenya told the court the President was no longer arguing for Mkhwebane to take over the State Capture investigation if Madonsela’s report were scrapped. By withdrawing one of his key arguments, Zuma significantly weakened his case and threw the court process into limbo.

Zuma had two key points in his case against Madonsela’s recommendation that Chief Justice Mogoeng Mogoeng appoint a commission of inquiry into State Capture. The first is that the President, not the Public Protector, has the constitutional right to appoint inquiries. The second is that Madonsela didn’t finish her work or make conclusive findings so no remedial action could rationally be suggested and the Public Protector should instead finish the investigation.

Judge President Dunstan Mlambo, who led a full bench of the North Gauteng High Court in the matter, questioned Semenya on what then should happen if Zuma’s argument that the Public Protector doesn’t have the powers to recommend an inquiry was successful. On Tuesday the court heard how Zuma has committed to establishing an inquiry, but almost a year since the report was released he has only applied to take it on review and challenge the Chapter Nine institution’s powers. By scrapping the argument that the Public Protector should resume the investigation, the court may question how or by whom the serious claims of corruption against senior government officials, with Zuma himself implicated, could face accountability.

Opposition parties have joined the case and were shocked by the President’s about-turn. They argued that the case should be dismissed, given the last-minute change in argument, and that Zuma had offered no way forward to investigate State Capture claims if successful.

This isn’t the first time Zuma’s arguments have changed at the last minute in court. During the Constitutional Court hearing on the Public Protector’s recommendation that Zuma pay back a portion of what was spent on Nkandla, his lawyers suddenly contradicted two years’ worth of denials and announced he accepted her findings and dismissed the many ANC efforts in Parliament to undermine them.

Judgment was reserved on Wednesday and Mlambo said he will try to deliver the judgment before court closes for the year, in mid-December. Other parties to the case were given until Friday to file submissions on the new developments. Zuma’s chances of avoiding the commission of inquiry looked slim before. Now they look dire. DM