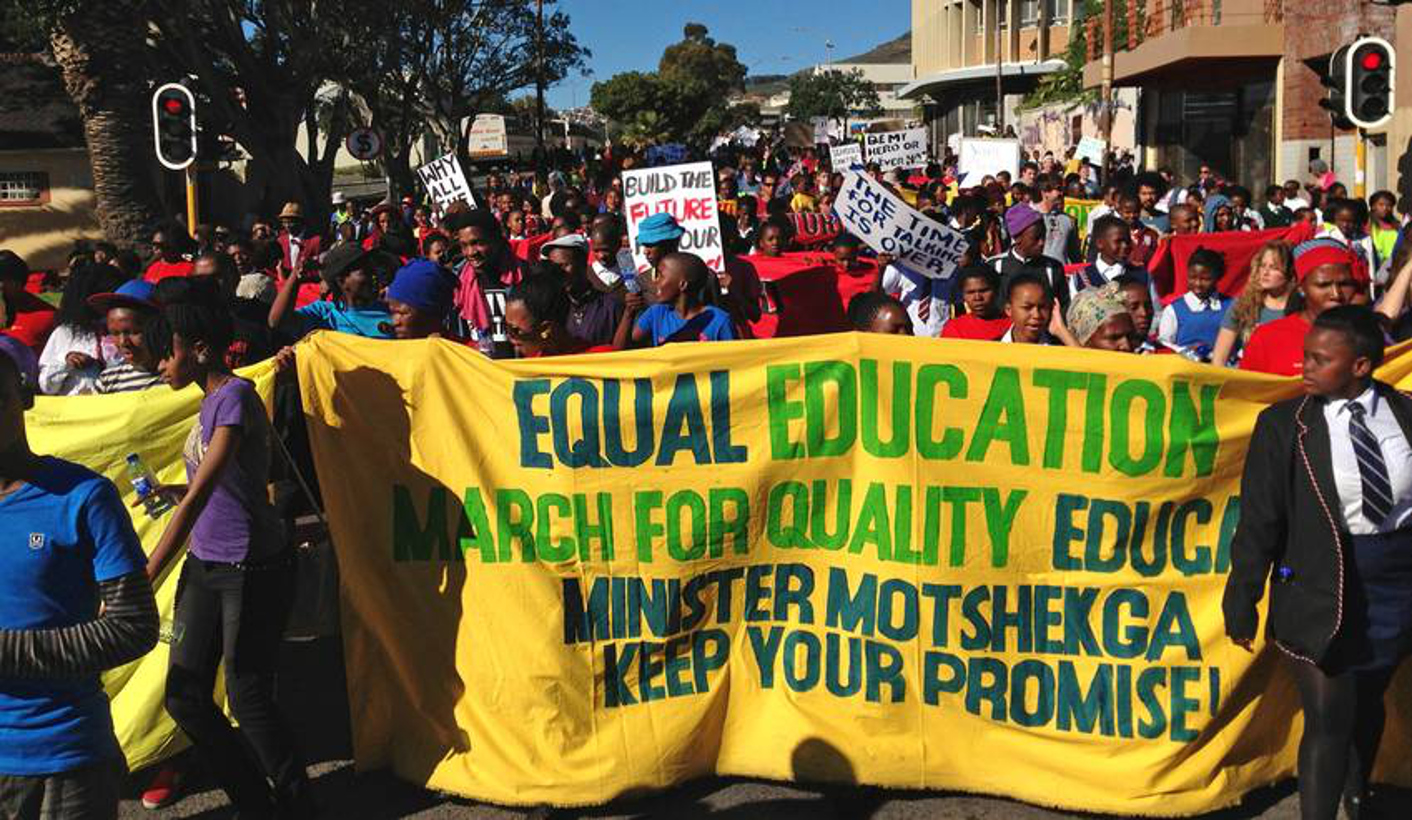 The South African education system remains in a dire position 23 years after the establishment of our constitutional democracy. By MISPA ROUX.

The Constitution set out to improve the quality of life, provide opportunities to develop, and free the potential of every South African citizen, irrespective of race or class. Yet, our current education situation is but a marginal improvement on the apartheid-education system, which denied quality education to the majority of South Africans.

The South African Constitution serves as a transitional document, a historic bridge between a racially oppressive autocracy to a constitutional democracy. It sets out to heal the divisions of our apartheid past and seeks to establish a society based on human dignity, equality, and freedom. Increasingly, society is questioning whether the Constitution has achieved these ambitious goals, notably in the education system where gross inequality remains one of the most devastating and enduring legacies of South Africa’s past.

In direct contrast to our unjust past, section 29 of the South African Constitution enshrines an immediately realisable right to universal basic education, including adult basic education, and a right to further education that must be made progressively available and accessible. Provision is further made for education at public institutions to take place in the language of one’s choice. In addition, on the international front, South Africa has signed and ratified most international and regional treaties guaranteeing the right to education. These treaties all recognise the importance of quality education, the essential role played by education in human development and empowerment, and the critical importance of equal and inclusive education.

Despite the high aspirations of our Constitution and South Africa’s strong commitment at the international level to advancing educational freedom, the legacy of apartheid remains. In FEDSAS, his final judgment before stepping down, Deputy Chief Justice Dikgang Moseneke discussed the teachings of an ancient African proverb, “thuto ke lesedi la sechaba … imfundo yisibani”, meaning “education is the light of the nation”. He also referred to education as a collective enterprise since “it takes a village to bring up a child”. He recognised the historical legacy of the denial of quality education to the majority of South Africans when he stated:

“[A]ccess to teaching and learning has not been freely and widely accessible to all people at all times. All forms of human oppression and exclusion are premised, in varying degrees, on a denial of access to education and training. The uneven power relations that marked slavery, colonialism, the industrial age and the information economy are girded, in great part, by inadequate access to quality teaching and learning.”

The government’s response to these challenges has met with limited success. The most recent examples include the failure to release the final report of the commission tasked to establish the feasibility of free higher education. President Jacob Zuma has been “applying his mind” to it since August this year. On 17 October our beleaguered Minister of Higher Education Blade Nzimande was replaced by Hlengiwe Mkhize, widely considered a questionable move.

A societal backlash against the current state of the education system has expectedly intensified in recent years in reaction to government’s less than satisfactory response. Strong advocacy campaigns by a series of courageous non-governmental organisations and the #FeesMustFall movement have been calling for the provision of free, quality, decolonised education at universities across the country. The demands of these social movements have often been phrased in terms of the fundamental right to education. However, there appear to be differing understandings of what this entitlement enables people to claim, and what its implications are for the government, unions, teachers, academics and students alike.

This murkiness also raises the question of whether there is a specific contribution to be made in framing education as a fundamental right. In other words, is there any value added by conceptualising education as a right and what consequences does this framing have? Further, what is the relationship between the right to education and other fundamental rights guaranteed in the South African Constitution, such as equality, religion, language and other socio-economic rights? How do the components of the right to education relate to infrastructure and institutions, which includes concerns around adequacy of resources, support, transport, as well as educational materials and facilities? Does framing education as a fundamental right have an impact on the adequacy of teachers and the management of schools? Is there a relationship between the constitutional right and early childhood developmental education? What are the implications of the constitutional provision on further education for the funding of tertiary education – is free tertiary education in public institutions required by the Constitution? And last, what are the duties, if any, of non-state and private actors in advancing the right to education?

It is in this context that the Constitution must take up its transformative challenge of healing the divisions of the past and improving the quality of life of all South African citizens.? At the same time as being transformative, it will have to provide much needed stability in a South African society that is struggling to still believe in the high aspirations of the constitutional project. Conceivably the biggest test for the “transformative” South African Constitution is whether it can reinvent itself by shifting its focus to addressing the great disparities still experienced in social and economic circumstances, especially in our education system. DM

SAIFAC will be hosting a two-day multidisciplinary conference on a human-rights based approach to education in South Africa on 6 and 7 November 2017 at the Council Chambers of the University of Johannesburg.