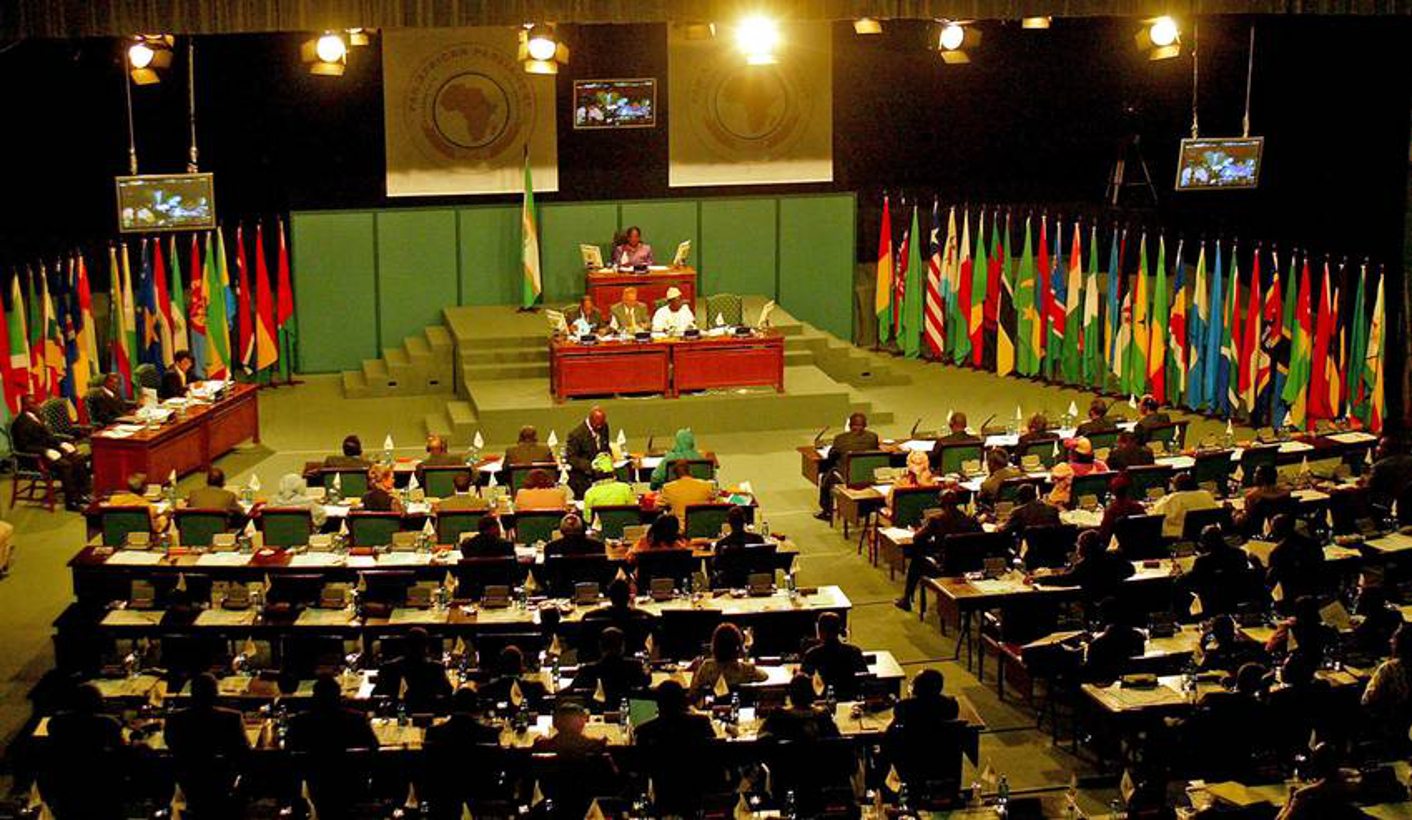 If the Pan African Parliament has a role, governments must give it the teeth to be effective. By Peter Fabricius for ISS TODAY.

It’s just one of the many ironies of the African Union (AU) that two of its most important recent instruments – which theoretically increased the continent’s judicial and legislative powers – are both referred to, colloquially, as the ‘Malabo Protocol’. That’s because they were both adopted in the city of that name, Equatorial Guinea’s capital, during the AU summit there in June 2014.

The irony is that both of these important legal and democratic instruments are commonly referred to by the name of the capital of a country where neither true judicial nor legislative power actually exist.

But perhaps calling them “Malabo Protocols” is therefore appropriate after all, because neither protocol has actually conferred the powers envisaged in them on the pan-African institutions concerned. Nor do they seem likely to in the foreseeable future. That’s because too few African leaders are prepared to cede any real power to their own national parliaments, let alone a continental, would-be legislature far away in South Africa.

Only five countries – The Gambia, Mali, the Sahrawi Arab Democratic Republic, Sierra Leone and Togo – have ratified the new Pan African Parliament (PAP) Protocol, far short of the 28 ratifications needed to bring it into force. Those five conspicuously exclude South Africa, even though the PAP’s headquarters are in Midrand, between Johannesburg and Pretoria. As the host country for PAP since 2004, South Africa incurs considerable extra costs to maintain it, apart from its share of the $22-million overall annual budget.

The PAP was established by the AU with a protocol adopted in 2001. It was envisaged as one of the new AU’s many continental institutions. Its intention was to give a voice to the African people “in discussion and decision-making on the problems and challenges facing the continent”. Its members are indirectly elected from national parliaments and are supposed to reflect the diversity of political opinions there. At least one of the five members from each country has to be a woman.

The original protocol said the PAP would eventually be vested with legislative powers “to be decided by the Assembly” (the AU heads of state). In the meantime, it would exercise purely advisory and administrative powers. Even the legislative powers then provisionally conferred on it in 2014 by the Malabo Protocol were quite severely qualified. They would allow it to submit “draft model laws to the Assembly… for its consideration and approval”.

But even relinquishing such small power has clearly proved too much for the AU member states.

And so the PAP has remained a mere talk shop, discussing no doubt many serious African issues, but in a bubble divorced from the real world. By contrast, the European Parliament in Strasbourg, on which it is based, is directly elected by the European people and enjoys significant powers. This includes equal control, with the European Council (representing the member states), over the European Union (EU) budget. The European Commission, the EU’s executive, is accountable to the European Parliament, which elects the commission’s president, approves or rejects the appointment of the commission as a whole and may dismiss it with a motion of censure.

The PAP meets at least twice a year for sessions of about two weeks each. The fourth parliament is currently in its fifth session, gathering 229 parliamentarians from 51 countries. Over three years after the Malabo Protocol was adopted, the sense of frustration about their continuing political impotence is palpable.

“Every time we’re here, we obsess over the same things. If we are not making laws, then what’s the point of being here?” the Agence France-Presse (AFP) reported Corneille Padonou of  Benin  as complaining  to his fellow parliamentarians. “This forum is not a parliament, it is just a discussion platform that does not have any legislative powers,” AFP quoted  Floyd Shivambu, a parliamentarian from South Africa’s Economic Freedom Fighters, as saying: “As it is, it is a waste of time and money.”

And not only the money that is budgeted for and properly spent, it seems. Last week the PAP’s committee on audit and public accounts sharply criticised PAP management for failing to “implement adequate proper record-keeping controls” and detailed several budget overruns and discrepancies.

Because the PAP had not been “able to attain our role as fully fledged legislators,” it remained largely invisible to the 1.2-billion Africans it was meant to represent, the clerk of the PAP, Vipya Harawa, told reporters in July.

Even within the narrow confines of their purely advisory and administrative role, the PAP MPs complain about frustrations. One function of the PAP is to act as a bridge between the AU Commission in  Addis Ababa  and the national parliaments of member states, encouraging the latter, for instance, to ratify AU protocols and instruments.

But at a conference of speakers of African national parliaments held at the PAP in August this year, PAP president Roger Nkodo Dang complained that AU legal instruments remained inaccessible to national MPs.  And there is no regular, scheduled briefing by the PAP to heads of state and ministers at every AU summit, as there is for other important AU institutions.

So what’s to be done about the impotent PAP? Some suggestions from PAP MPs are now starting to smack of desperation and irrationality – or perhaps just facetiousness. The Independent in Uganda reported that during the current session some PAP “legislators” proposed revising the  Malabo  protocol again ‘and removing parts considered unpalatable to nation states’.

‘In our own countries, parliaments are suppressed. Can you imagine a parliament that doesn’t belong to you legislating for you? It will not happen in  Africa,’ the paper quoted Ugandan MP Ogenga Latigo as saying. But then he added that before the Malabo Protocol had been drafted, its authors should have obtained consensus among all member states about what they wanted the PAP to be.

Chief Fortune Charumbira, a Zimbabwean MP and head of his country’s Chiefs’ Council, agreed with Latigo that African presidents were unwilling to cede legislative authority to a “foreign parliament” and also suggested amending the Malabo Protocol “so it takes everybody on board”.

These two MPs are probably correct to suggest that African leaders will never, or at least not in the foreseeable future, accept any outside legislative direction. But their remedy hardly makes sense. Even if the Malabo Protocol were to enter into force, any legislation passed by the PAP would have to be approved by the heads of all the AU member states, meeting as the Assembly.

So the only way of amending the protocol again to make it palatable would be to go back to square one and divest it of legislative power. In which case, one might as well change its name to the Pan African Forum, as Shivambu suggested, according to The Independent. But then one would have to ask if Africa needs another forum or talk shop, especially one that incurs costs to African taxpayers (and foreign ones via donations).

A parliament, by definition, must legislate. That’s what the member states must ensure happens. To settle for anything less would be to prolong the life of an empty shell. DM

Photo: A sitting of the Pan African Parliament in Midrand. Photo: REUTERS