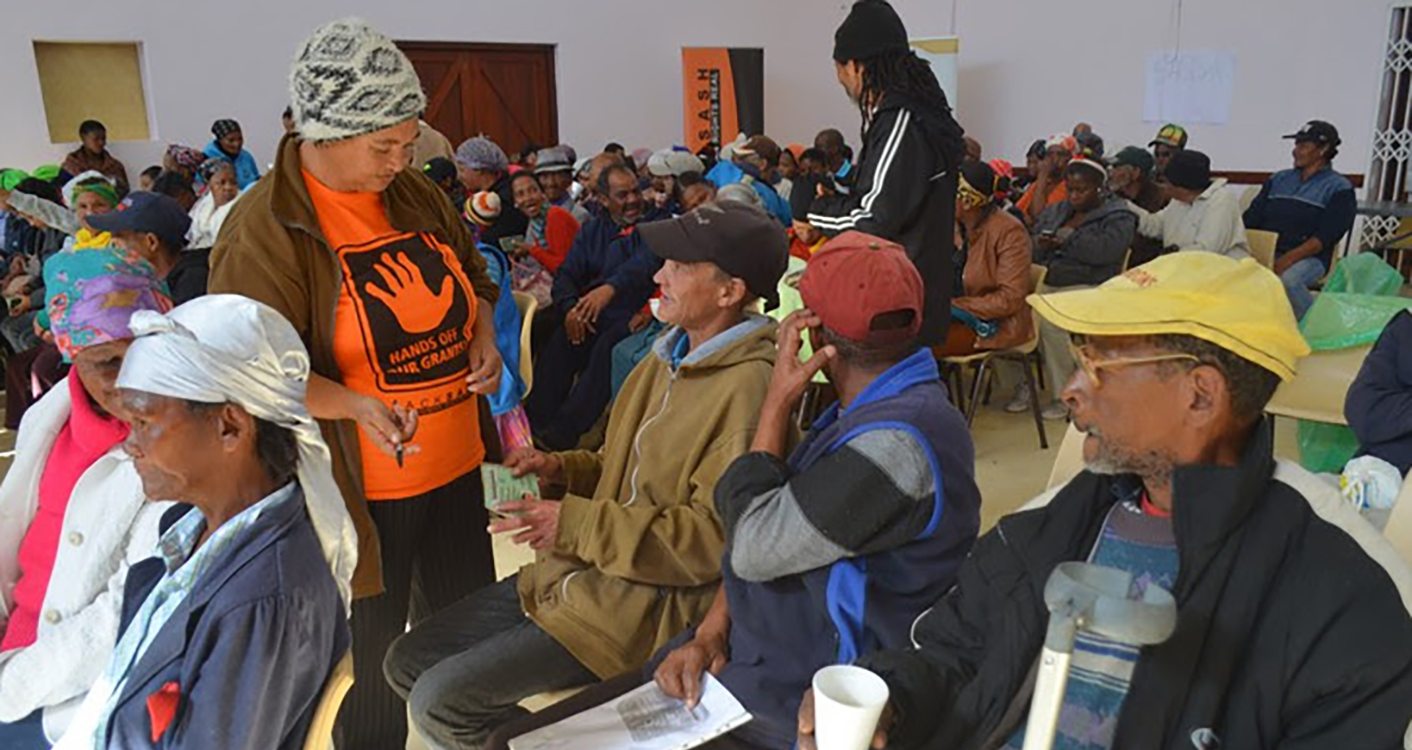 Social grant cards will not expire on 31 December, but problematic deductions are set to continue. By Barbara Maregele for GROUNDUP.

Sassa (the South African Social Security Agency) has urged social grant beneficiaries “not to panic” about the 31 December expiry date on their Sassa cards. The cards would remain active beyond that date, Sassa said in a statement on Monday.

But the Black Sash has warned that this will mean that problematic deductions from social grants will continue.

With just five months before the contract with Cash Paymaster Services (CPS) – a Net1 subsidiary company – is meant to end on 31 March 2018, beneficiaries are once again in the dark about the future of the social grant payment system.

As long as the Sassa accounts remain with CPS and Grindrod Bank, unwarranted deductions from social grants will continue, the Black Sash said in a damning submission to a panel of experts last month.

The panel has since June been monitoring the agency’s progress to appoint a new service provider to distribute social grants. It reports directly to the Constitutional Court, which in its supervisory role ordered Sassa to submit quarterly reports on its progress. Sassa has already submitted two reports, and the next is due 15 December 2017.

On 9 May, a ruling by the North Gauteng High Court dealt a blow to attempts to have all deductions from Sassa bank accounts stopped. Activists, including the Black Sash, have documented cases where debit orders have been found to be unlawful. The Black Sash wants Sassa bank accounts to be incapable of making such debit orders. But the court ruled that the Sassa accounts as well as the EasyPay Everywhere accounts – also a Net1 subsidiary company – with Grindrod were held in the beneficiaries’ names and therefore could operate like any other bank accounts.

With no end in sight to the use of the current cards, the Black Sash believes that the addendum contract between Sassa and CPS to safeguard beneficiaries’ data is inadequate to prevent the sharing and use of their personal information. Part of the addendum agreement is that beneficiaries would no longer to be “invited” to “opt in” to share their information with third parties.

In its submission to the panel, the organisation stated that “unlike traditional commercial banking systems where information is stored online, the system used by CPS stores beneficiary information on smart cards … While they (Net1 and its affiliated companies) don’t have bulk access to shared information, they exclusively have the software and hardware to interpret and use beneficiaries’ confidential information.”

Black Sash also said that because of the court ruling, it was unclear what would happen to the accounts with Grindrod when Sassa’s extended contract with CPS ended in March 2018. “It is unclear if this constitutes a termination of relationship between beneficiaries and CPS,” it said.

Black Sash said that the uncertainty around whether or what role the SA Post Office will play in the payment of social grants in 2018 was a concern, and suggested re-enrolling grant recipients with new bank cards as a solution.

In September, Social Development Minister Bathabile Dlamini told Parliament that Sassa would sign a contract to distribute grants with the Post Office by 13 September. But this did not happen.

Sassa spokesperson Kgomoco Diseko this week attributed the delay to Sassa’s “bid committee taking longer than expected”. Diseko said, “Our aim is to get it right the first time, thus the delay.”

Black Sash director Lynette Maart said every delay in the process had an implication for the implementation of the new system. “The processes should be completed with the Post Office soon because it is unclear what the [new] card will be so that we can make sure the necessary protection of the beneficiary details is in place,” she said.

“Continuing with the current card will mean that deductions and all the other issues of sharing people’s confidential information could continue,” she said. DM

Photo: Grant beneficiaries raised problems with their green cards at a meeting in Ceres in July organised by the Black Sash. Photo: Esley Philander, Black Sash.