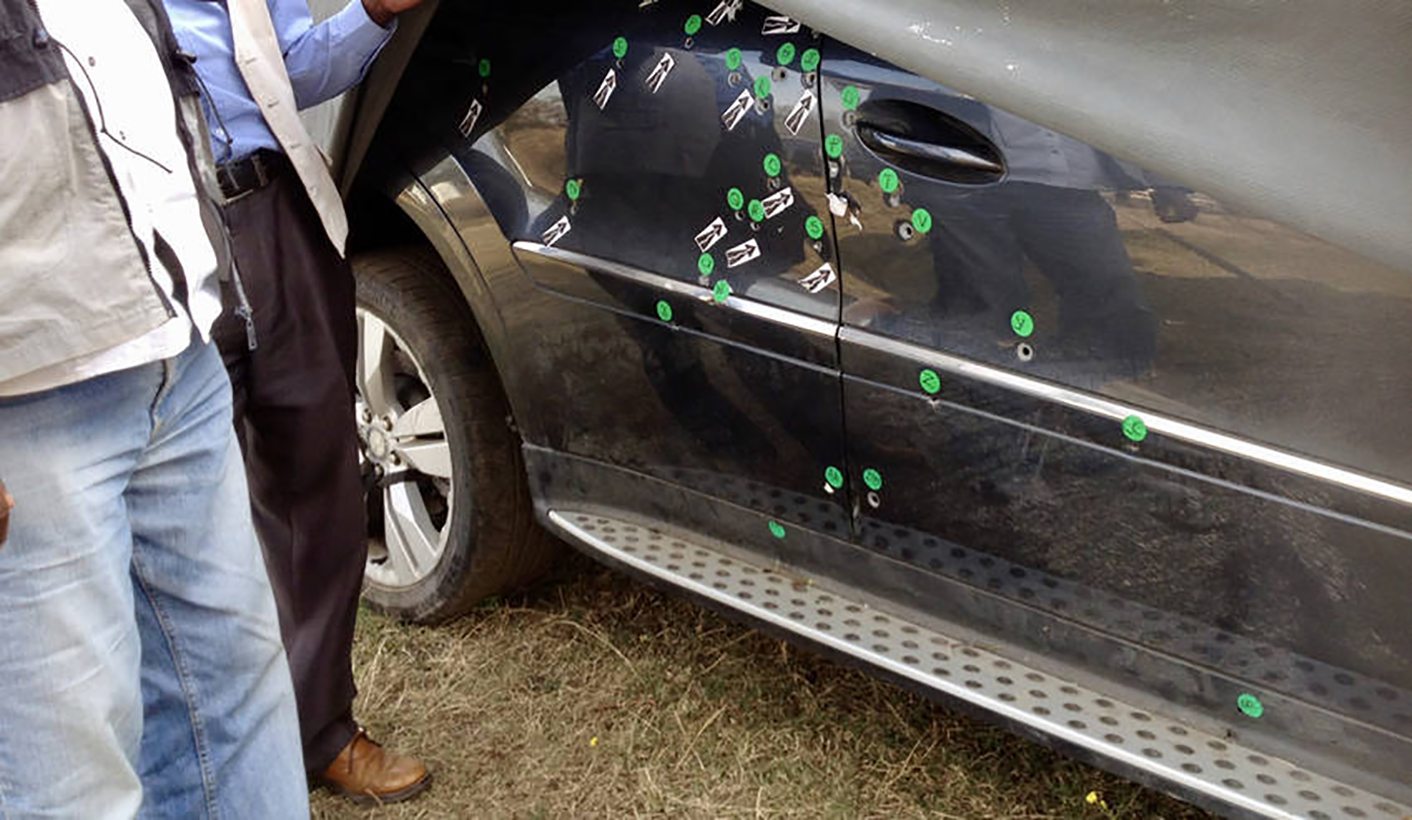 Sixty-five percent of municipal officials would be encouraged to quit their jobs as a result of direct threats of violence, South African Local Government Association CEO Xolile George revealed last week, adding that the degree of vulnerability of municipal officials was a matter for great concern. The association has done a preliminary investigation into the threats and deaths and has subsequently called for, among other things, the development of a safety and security manual for councillors. But will it have any effect? By BHEKI C. SIMELANE.

“It (the death and intimidation of council officials) is not a new problem it’s been going on for some time,” said South African Local Government Association CEO Xolile George, adding that the killing of councillors and candidate councillors in South Africa was alarming.

Releasing the findings of its preliminary investigation that attempted to determine the extent to which councillors and municipal managers experienced violence and intimidation, George said while the prevalence was high in KwaZulu-Natal, the killing and intimidation of council officials occurred nationwide in different intensities.

Salga’s report, released last Thursday, was based on information gleaned from 56 councillors and 40 municipal managers who attended the organisation’s National Members Assembly and Municipal Managers Forum in 2016.

It found that 46% of the councillors had experienced several threats, 19% were threatened twice while 30% said they were threatened once. Five percent refused to disclose whether they had been threatened.

Service delivery and employment were among the main reasons for the threats.

Former ANC Youth League member, Sindiso Magaqa, a councillor from the Umzimkhulu Municipality, died in September 2017 after being badly wounded in a shooting two months before. Magaqa was shot along with two other councillors.

Then at the beginning of October a former ANC branch chairperson was shot dead, bringing to five the number of ANC public representatives killed in the Harry Gwala region.

Municipal managers tended to face threats related to the awarding of tenders, job opportunities and salaries.

“This form of systemic violence poses a challenge to local processes and institutions of democracy. It is severe enough to negatively influence service delivery and has the potential to reverse the gains of local government achieved over the past 17 years,” Salga said in a statement.

Executive Director of the Centre for the Study of Violence and Reconciliation, Nomfundo Mogapi, said the country has grown rather blasé to the violence against municipal officials.

“We have gotten to a stage where we have come to accept the violence taking place in our midst. A proper assessment of the threat is really crucial. There is a need for leaders who are able to react appropriately to conflict, and addressing violence should be seen as an integral aspect of addressing service delivery,” Mogapi said.

A previous Daily Maverick article revealed that the assassinations of ANC public representatives and leaders in KwaZulu-Natal spiked before the 2016 local elections, and has been attributed by politicians like former provincial chairperson Senzo Mchunu to bickering over access to resources.

The Moerane Commission of Inquiry into political killings in KwaZulu-Natal, where more than 80 ANC members have been killed since 2011, is currently under way.

Manager at the Institute for Security Studies (ISS) Lizette Lancaster said, “We need to ask ourselves why the murder rate has increased in the last four years. We are not getting on top of our security cluster. There is no condemnation of intimidation and violence.”

Lancaster said the ability to deal with conflict in a peaceful way is vital.

“We are sitting with a problem we don’t know how to deal with. We need to focus on law enforcement and municipalities themselves, and the condemnation of all forms of violence. We must establish stronger oversight over the running of municipalities. We need to support the police, appoint leaders with integrity at a local level who can investigate cases properly to enable the NPA to prosecute,” Lancaster said.

Chairperson of the Salga Working Group on Councillor Welfare, Bheki Stofile, said councillors need protection from all spheres of government. Stofile said the perception that councillors are corrupt also needed to change.

Salga president and former Mayor of Johannesburg Parks Tau said the matter was receiving the organisation’s utmost attention. Tau said people either don’t avail themselves or resign as councillors because they have observed the risks.

“It’s an affront to democracy itself. The issue of the killings of municipal officials should receive attention from all sectors of government,” Tau said.

Salga called for the:

It remains to be seen whether these recommendations will be followed up by municipalities or the police. DM

Photo: ANC councillor Sindiso Magaqa, 34, was travelling in this car when he was ambushed in July 2017 (the bullet holes are numbered with green police stickers). Magaqa was an Exco member in the Umzimkhulu municipality in KwaZulu-Natal and former secretary-general of the ANCYL. He survived the attack but died of apparent heart failure in hospital two months later. Photo: Carien Du Plessis.