The Right to Food: Government asked to hear cries of a hungry country 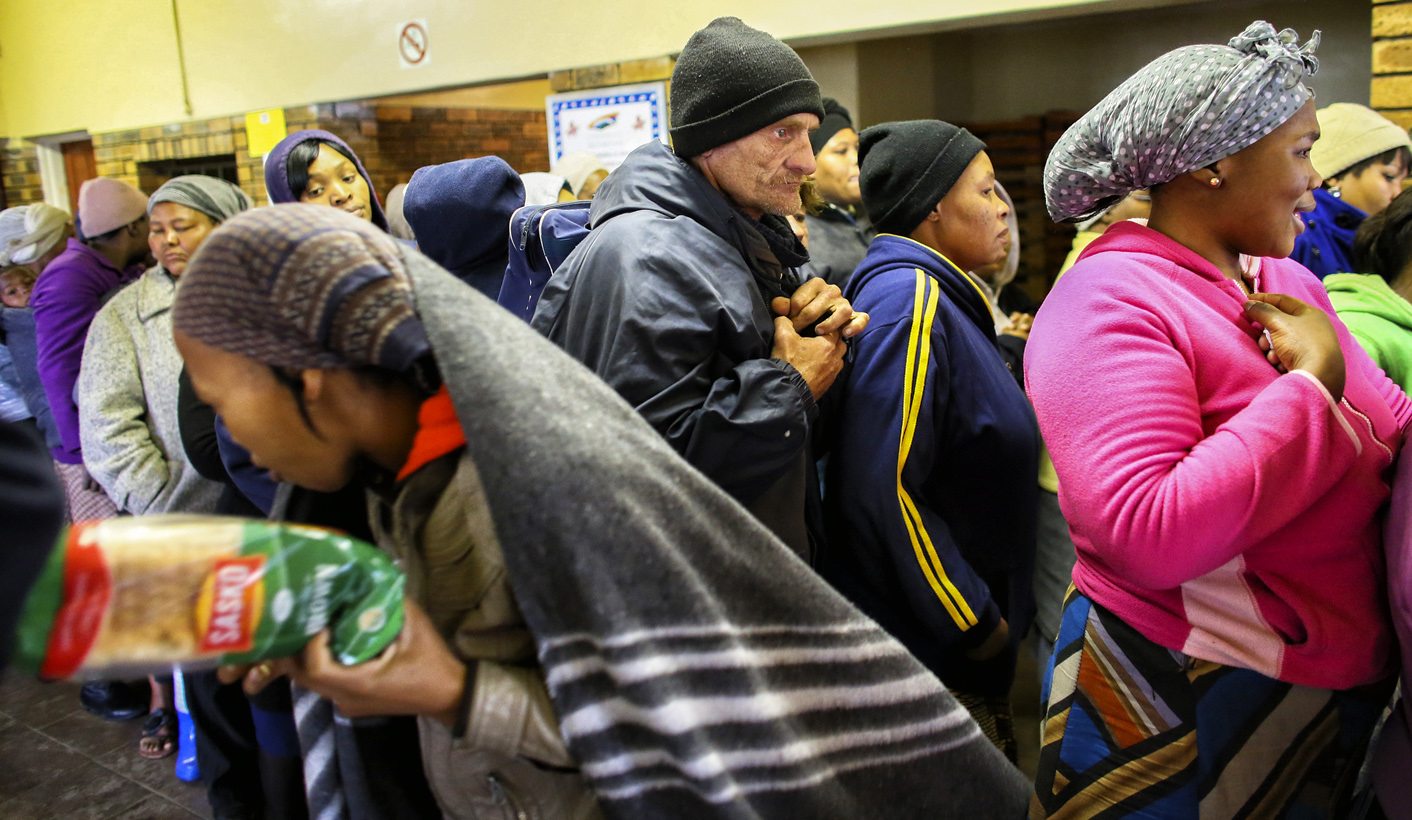 South Africa is in the midst of a hunger crisis affecting millions – and a group of activists think they have a solution. Thursday saw members of the South African Food Sovereignty Campaign march to six government departments to try to persuade officials to take seriously a “People’s Food Sovereignty Act” drawn up on behalf of small-scale farmers, communities, the hungry and the landless. The suggestions are radical. Will anyone in power listen? By REBECCA DAVIS.

A ban on all genetically modified seeds. The outlawing of advertising selling junk food. The phasing out of industrial agriculture and pesticides.

These are just some of the measures contained in a manifesto titled the People’s Food Sovereignty Act, delivered to government on Thursday.

“Fourteen million people in this country face hunger in some way every night, and that was before the drought,” says Jane Cherry. “That’s not a crisis. That’s a crime.”

Cherry is one of the organisers of an advocacy group called the South African Food Sovereignty Campaign (SAFSC), which believes that South Africa needs a fundamental restructuring of its food system. The campaign holds that the current food system, controlled by “33,000 commercialised farmers, fishing corporations and four big retail chains”, is “unjust, unsafe and unsustainable”.

It is unjust, suggests Cherry, “in the sense that we have enough food in the country to feed everyone, but that food isn’t getting to everyone”. She asks: “How can we say that our food markets are successful if they are leaving out a large part of the population?”

The South African Food Sovereignty Campaign believes that the system is unsafe because of its utilisation of genetically modified crops and the production of foods high in carbohydrates and sugar, giving rise to an epidemic of lifestyle-related disease.

“And it is unsustainable in the way that we farm, destroying nature and biodiversity,” Cherry says. “We won’t be able to continue to produce food on some of these farms because of [the destructive effects of] pesticides.”

Enough is enough, says the campaign.

On Thursday, activists marched to the departments of Water and Sanitation, Social Development, Health, Agriculture, Human Settlements and Environmental Affairs to deliver a copy of its People’s Food Sovereignty Act: a manifesto by which producers and consumers can take back control of the food system.

“We are not calling for technical solutions for households to access food,” the preamble to the mooted act explains; “rather we are calling for the deep transformation of our food system by breaking the control of food corporations and repositioning the state to realise the constitutional right to food, and ensure the creation of conditions and space for the emergence of food sovereignty alternatives from below.”

The South African Food Sovereignty Campaign’s act, drawn up via a process of public participation, aims to provide ideas for achieving the transformation that they say is needed. The 20-page proposed act covers aspects ranging from land to trade agreements, which is why the campaign needs the engagement of multiple government departments.

When it comes to growing food, the campaign charges that the current seed system in South Africa supports corporations like Monsanto, producing genetically modified (GM) and hybrid seed varieties. The proposed act calls for a total ban on GM seeds “based on the precautionary principle”.

South Africa is reportedly the only country in the world that permits its staple crops – such as bread and maize – to be genetically modified. Supporters argue that the supposedly drought-resistant nature of GM maize can play a vital role in supporting South African food security, but Cherry says that the idea that Monsanto crops can withstand drought is largely bogus.

“We have an alternative,” Cherry says. “We say: let’s not grow these crops. Let’s grow more healthy indigenous crops.” The act calls for the advancement of an alternative indigenous diet built around foods like spinach and sorghum rather than alien plants like maize.

Cherry admits this a tough sell. “Changing the mindsets of everyone who consumes or currently aspires to consume a ‘western’ diet will be difficult,” she says. By ‘western diet’ the campaign means not just maize but also junk food, which the group holds responsible for South Africa’s spiralling obesity rates. In addition to banning junk food advertising, the mooted act also supports calls for taxes to be levied on sugar and junk food.

The act wants to see small-scale farmers, rather than industrial agriculture, form the backbone of the country’s future food system. To this end, it proposes that a minimum of two hectares of land be distributed by government to small-scale food producers, and the “deconcentration” of all large farms. One of the benefits, it suggests, will be environmental – with a move away from destructive pesticides aided by educating farmers in agroecology.

To financially support the ventures of small-scale farmers, it is pushing for the establishment of a co-operative bank “to ensure that government developmental finance is biased towards small-scale food producers and in particular in supporting worker cooperatives”. Food markets should be based within communities and collectively owned, and international and regional trade agreements need to be rejigged to prioritise small-scale farmers rather than corporations.

“If we implement this act, this will mean that a supportive economic environment is created in which farmers are enabled to succeed to feed the 14.1-million that go to bed hungry. It will mean that our local food system is strengthened, preventing global dominance in local markets and instead promoting fresh, indigenous and local produce which results in a more nutrient-dense intake and less diseases linked to malnutrition,” SASFC states.

These are big ideas which will languish unrealised without government buy-in. Cherry says that the group was “surprised” by the responsiveness of the departments visited by the South African Food Sovereignty Campaign on Thursday, however. The Department of Human Settlements, for instance, sent policy officials to sit down with the group and hear their ideas. Not all ministries were so receptive: when the SASFC arrived at the Department of Agriculture mid-afternoon, they were told that nobody was in the office.

Cherry says that the next step will be to take the act to local governments and mayors, and eventually to Parliament. The document is intended not just as potential legislation but also as a campaigning tool to be used for education.

“We know that a lot of this is very radical, but it’s to get our ideas out there,” she says. DM