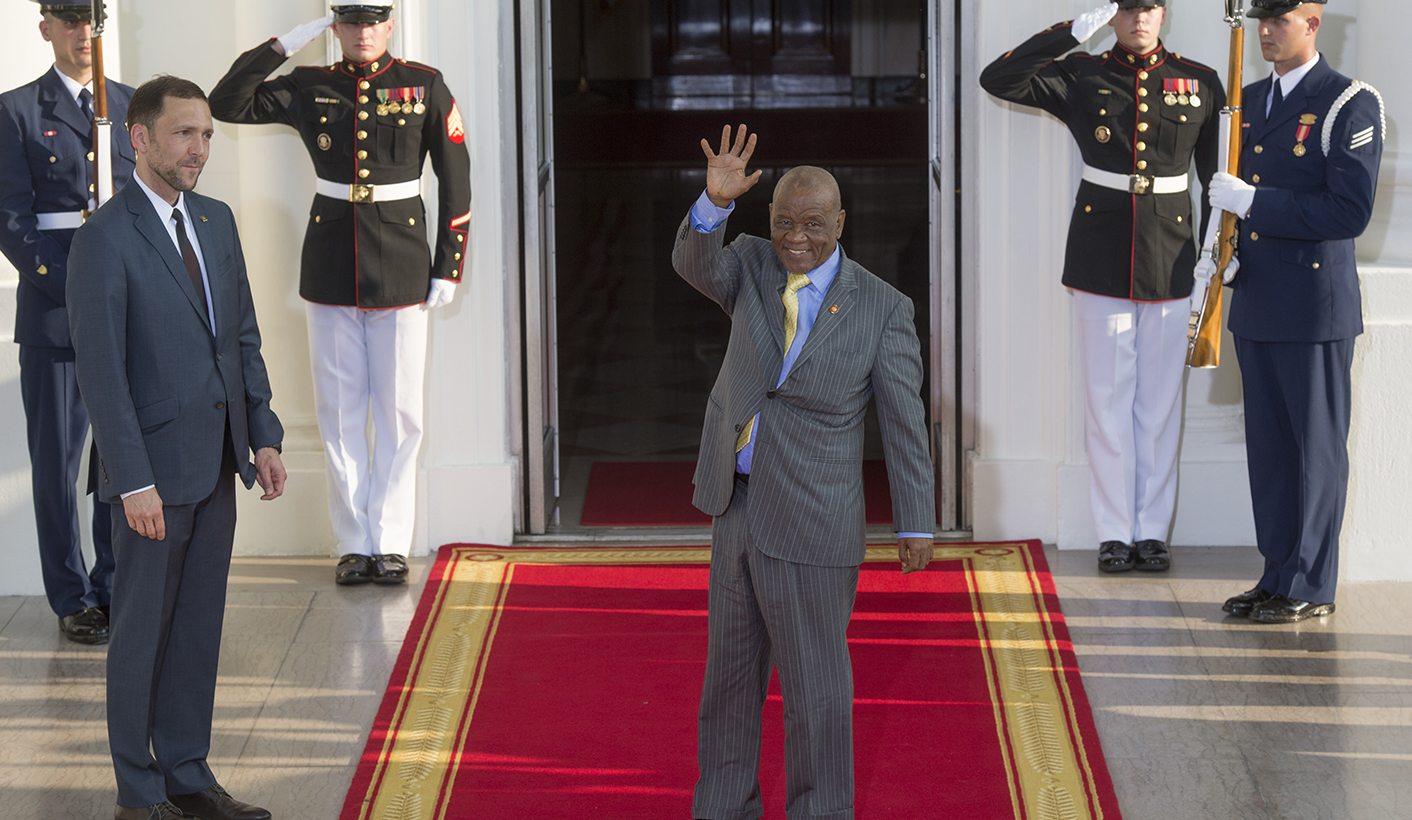 The SADC’s delay in deploying a peacekeeping force to Lesotho has provoked anxiety in the country, raising fears of a pre-emptive strike by renegade ex-army chief Tlali Kamoli. By PETER FABRICIUS.

Lesotho foreign minister Lesego Makgothi flew to Gaborone, Botswana, on Thursday to meet SADC executive secretary Stergomena Tax to demand an explanation for the delay in deploying a peacekeeping force to Lesotho.

Lesotho’s Prime Minister Tom Thabane requested the force of about 1,200 regional troops to protect his government while it takes legal action against Kamoli and other army officers loyal to the previous regime for a string of alleged crimes.

Regional leaders agreed at a summit of the Southern African Development Community on September 15 to deploy a “contingent” force by 1 November.

They sent a technical assessment mission to Lesotho late in September to establish the logistics of the force which is to comprise mainly military troops as well as some police, intelligence and civilian officials.

SADC military officials met in Luanda on Friday 6 October to finalise the details of the force. The Lesotho government essentially expected the military chiefs to rubber-stamp the summit decision and to start mobilising the force.

But the military chiefs decided instead to send another technical assessment mission to Lesotho to gather more information. This included where exactly the force would be deployed in Lesotho, officials said.

But the military chiefs’ decision has infuriated the Lesotho government.

Lesotho foreign minister Lesego Makgothi told Daily Maverick, in a phone interview from Gaborone on Thursday, that he had come to the SADC headquarters to demand an answer from Tax on how military chiefs could have overturned a decision by SADC heads of state to deploy the contingent force as soon as possible.

“It’s going to make a mockery of the governments of SADC,” he said.

He dismissed the explanation by officials that the aim of the mission was merely to finalise details and that the peacekeeping force would still be deployed by the deadline of 1 November.

“If they just want more information, they should come clean and say so instead of overturning a decision by SADC heads,” he said.

The Lesotho government’s fears about a possible delay in the deployment of the SADC force were heightened when Kamoli handed himself over to police on Wednesday for interrogation about crimes allegedly committed by the military when he was military chief under the previous government of Prime Minister Pakalitha Mosisili. Police spokesperson Inspector Mpiti Mopeli told the Lesotho Times that Kamoli would remain in custody overnight.

The move surprised even Makgothi who said he was shocked when he heard about it at Johannesburg’s OR Tambo airport while he was en route to Gaborone.

“The understanding was that he would wait for the SADC force to arrive before taking action. We can’t go ahead without the force.”

That tactical necessity was underscored heavily on 5 September when
Lesotho Defence Force (LDF) commander, Lieutenant-General Khoantle Motšomotšo, was shot dead in his office by his subordinates Brigadier Bulane Sechele and Colonel Tefo Hashatsi.

The two officers who were loyal to Kamoli evidently shot Motšomotšo because he had refused to protect them against Thabane’s moves to prosecute them for alleged complicity in various crimes over the past few years. These included the killing of Thabane’s former military chief General Maaparankoe Mahao in June 2015 shortly after Thabane had been defeated in elections by Mosisili.

Foreign minister Makgothi did not dismiss a suggestion that Kamoli might have handed himself over to the police on Wednesday to try to precipitate a crisis before the SADC force was deployed.

He said he had received an unsubstantiated report that the LDF Special Forces – who have remained loyal to Kamoli – were “planning to do something this evening”.

Kamoli is widely suspected to have been behind much of the turbulence in Lesotho over the last few years, including the killing of Mahao and other alleged military and political assassinations.

Thabane tried to fire him in August 2014 because of his refusal to take orders.

Thabane was defeated by a Mosisili-led coalition. Mosisili replaced Thabane’s military chief Mahao with Kamoli. Four months later Mahao was shot dead by soldiers sent by Kamoli to arrest him.

The SADC then demanded that Mosisili fire Kamoli as part of a raft of measures to try to address the military and political crisis.

Mosisili only got rid of Kamoli in December 2016 under intense international and regional pressure.

But many Basotho believe he remains a major threat and the foreign minister’s fear that the Special Forces may now be mobilising clearly indicates that the government shares these fears. DM

Photo: Prime Minister of Lesotho, Tom Thabane, waves beside US Chief of Protocol Ambassador Peter Selfridge (L), upon arriving at the North Portico of the White House, in Washington DC, on 5 August 2014. Photo: Michael Reynolds/(EPA)

Want to see the gangster state in microcosm? Look no further than Ivory Park