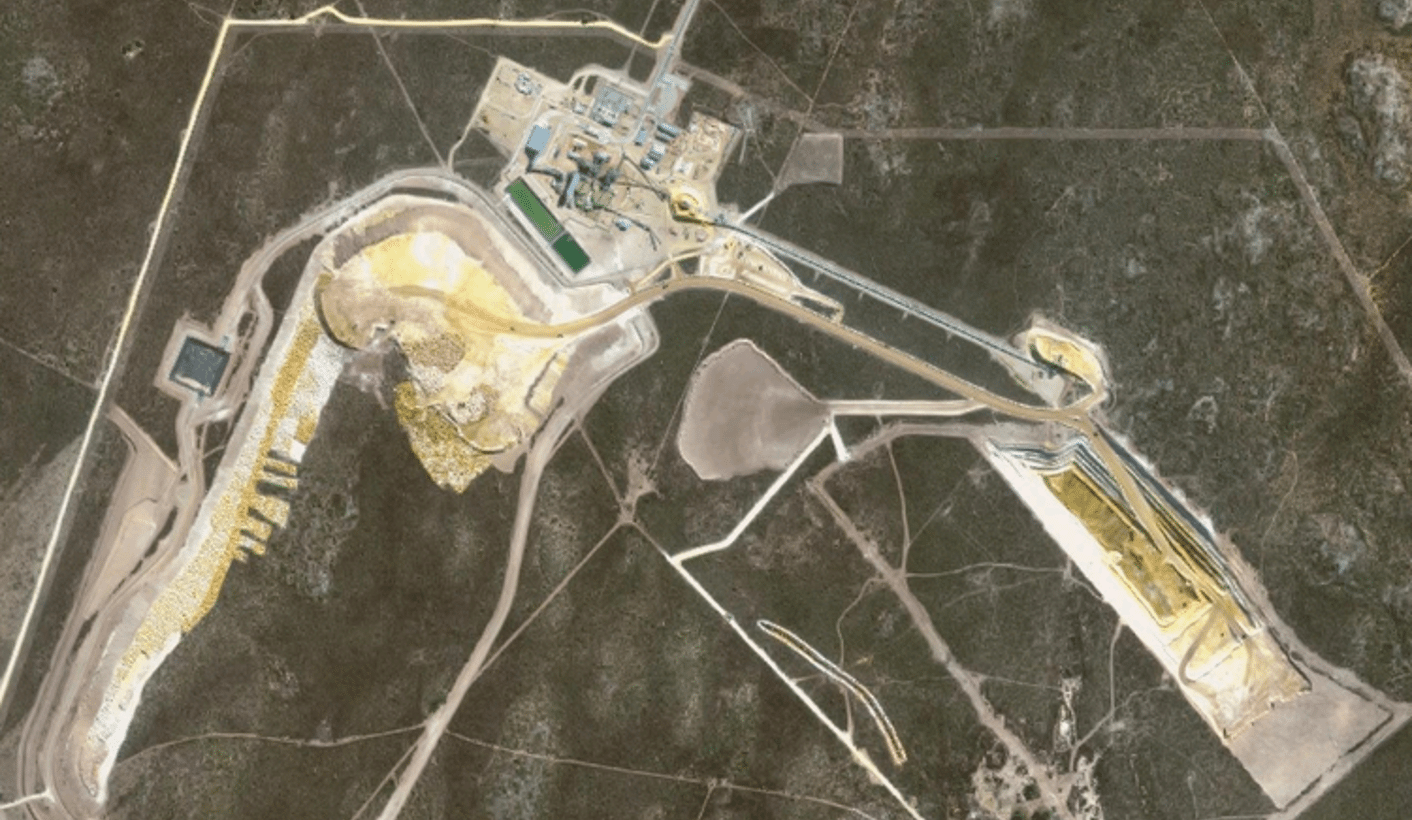 Phosphate mining company Kropz is said to be in breach of its license in its use of an ancient Elandsfontein aquifer. By Melanie Gosling for GROUNDUP.

An environmental organisation is taking the government and Kropz to court in a bid to stop the phosphate mine using water from the ancient Elandsfontein aquifer on the West Coast.

The West Coast Environmental Protection Agency (WCEPA) has filed an urgent interdict in the Western Cape High Court against Kropz Elandsfontein (Pty) Ltd and the Minister and Department of Water Affairs and Sanitation.

The NGO said in court papers that a water use licence is automatically suspended under the National Water Act once an appeal to the government’s issuing of the licence has been lodged. The suspension lasts until the appeal is decided. The WCEPA had lodged an appeal with the Water Tribunal in June.

Kropz disputes that the licence is suspended.

WCEPA’s objection to granting the water licence is based on experts’ reports which showed that the mine’s usage of water from the Elandsfontein aquifer posed “a high risk of irreparable environmental damage” to the integrity of the aquifer and to ecosystems dependent on groundwater.

The Kropz mine is on land adjacent to the West Coast National Park, a site of high biodiversity which includes the Langebaan Lagoon. It has been declared a UN Ramsar site of international importance.

The NGO said in court papers it did not have to show that the mine’s use of the aquifer water could harm the environment or the Langebaan Lagoon. It merely had to show that the mine was acting unlawfully in continuing to use its water licence after an appeal against the government’s issuing of the licence had been lodged.

Kropz had not taken any steps to challenge the appeal, but had told attorneys for the WCEPA that it regarded the appeal as invalid.

Walter Anderson, the lawyer acting for the WCEPA, said his client had tried to avoid legal action but had been forced to do so. “It is not for some big, fat-cat mining company to decide when the law applies and when not, and for the government to be sitting doing nothing about it,” said Anderson.

At the heart of the NGO’s objection to the water licence is that possible environmental impacts of the mine’s water use from the aquifer have not been assessed. It says government should not have issued a water licence until the assessment had been completed.

The aquifer feeds fresh water to the environmentally sensitive Langebaan Lagoon, but this had not been quantified. Because the phosphate ore at the Elandsfontein mine is below the water table, pits dug to extract the ore fill up with water from the aquifer. To avoid this, the mine has to pump the water out before it enters the pits. It then injects the water back into the aquifer at another place, creating an artificial recharge of the aquifer.

The water licence has several conditions, one of which is that Kropz establish by June 2017 a water monitoring committee of 11 entities, including SANParks, state departments and civic bodies, to monitor the dewatering and recharge process and assess whether the aquifer was sufficiently protected. Kropz did not do so.

Kropz was also required to test the system of artificial recharge of the aquifer for two months before any mining could take place. But according to court papers, Kropz started mining in January – before it had a water licence. When the water licence was issued in April, “Kropz was already in contravention of the conditions of the water use licence.”

Kropz suspended mining operations in July for an undetermined period for technical reasons and because of the drop in the global price of phosphate.

Asked to comment, Department of Water Affairs and Sanitation said officials had visited the mine in September and had established that the mine was not carrying out dewatering and recharging of the aquifer “associated with mining operations”.

But the department conceded that dewatering and recharge of the aquifer was still happening at the mine – but said this had to be done to prevent pollution.

“Despite mining operations being suspended, groundwater continues to flow to the mining pit and will accumulate. To ensure the environmental integrity and sustainable management of the water resource, dewatering and recharge is necessary to retain the groundwater flow paths and prevent contamination and pollution,” the department said.

Spokesperson for Kropz Elandsfontein Michelle Lawrence said the company would oppose the court action. “We will be meeting our legal counsel to determine the way forward. We shall not provide any further information on this matter until it is dealt with by the court,” said Lawrence. DM