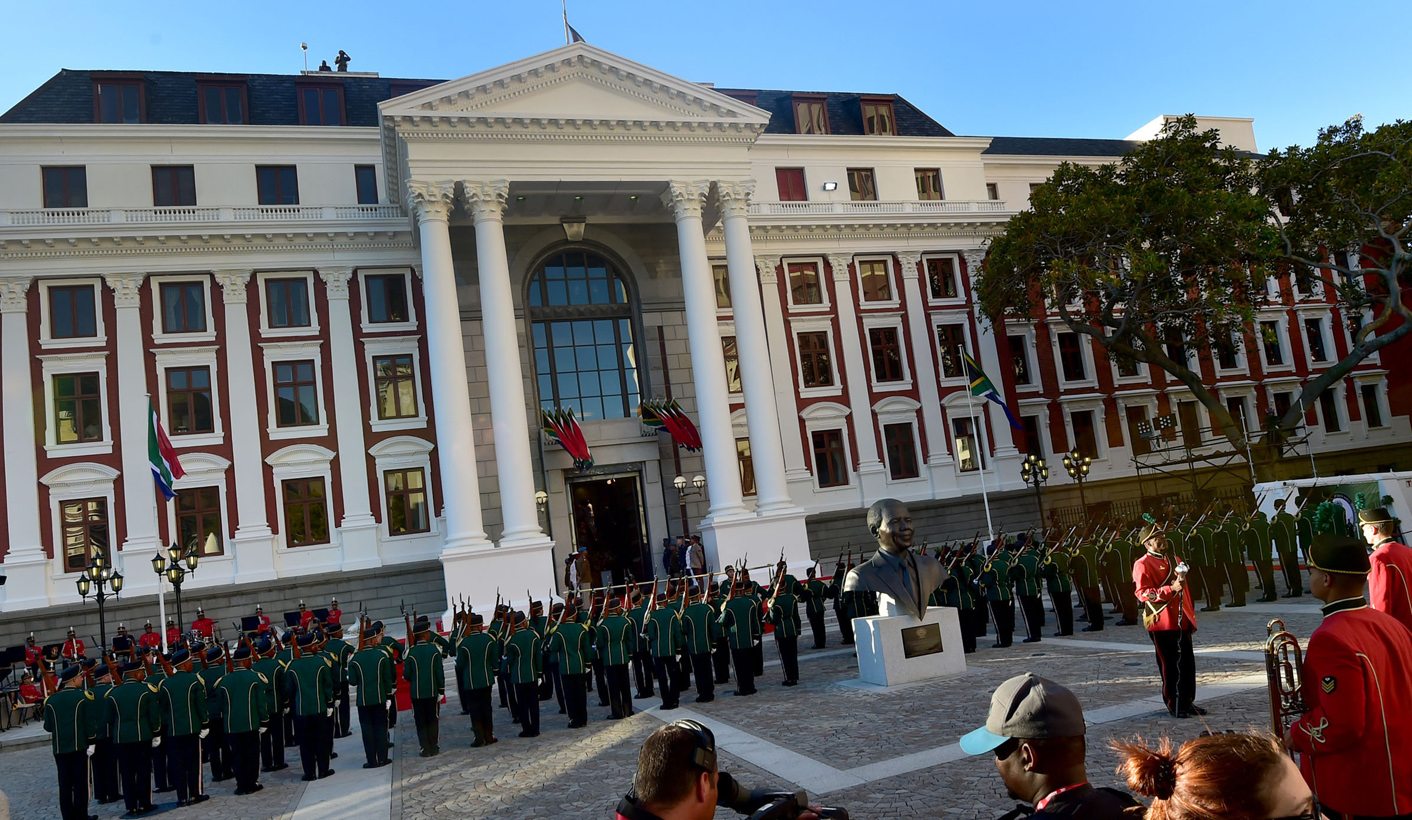 Parliament on Wednesday announced it has dismissed with immediate effect Zelda Holtzman, the head of its protection services who has been on suspension since July 2015. However, Holtzman said she “going to contest” the decision at the appropriate forum. This follows Sunday’s recommendation for dismissal from an independent disciplinary process chaired by a senior advocate who last week interviewed for a judgeship. Parliament’s decision to sack Holtzman, and her resolve to contest this, is the latest in a saga that has seen Holtzman on suspension for longer than she had been at work. By MARIANNE MERTEN

Parliamentary Protection Services (PPS) head Zelda Holtzman was put on precautionary suspension on 30 July 2015, together with her deputy Motlatsi Mokgatla. According to the parliamentary grapevine at the time, these suspensions were linked to disputes between the PPS and Secretary to Parliament Gengezi Mgidlana over his use of blue lights, break-ins in the parliamentary precinct, and the recruitment of police officials into the PPS.

Amid these tensions, according to City Press, the PPS demanded an end to official transport requests and the repeal of the hire of SAPS members, while Mgidlana instructed his deputy Baby Tyawa to investigate. A week later the two were suspended.

Mokgatla’s contract expired at the end of December 2015 while he was on suspension. It remains unclear how far the Public Protector has investigated his complaint in this matter.

Holtzman appeared before a disciplinary hearing, which in June 2016 found her guilty of four of the total of 12 charges. These include gross insubordination and insubordination for not answering five questions as twice requested by Tyawa, failure to resolve divisions between herself, her deputy and PPS staff, and failure to submit a business plan.

One reason the second stage of the independent disciplinary hearing into aggravation and mitigation of sanction only took place recently is understood to be related to attempts to settle the matter. In May this year Mgidlana told the Joint Standing Committee on the Financial Management of Parliament in a clear reference to Holtzman, whom he did not expressly name:

“At this stage there is no resolution. It is still a pending matter.”

However, the independent disciplinary process chaired by Professor Takalani Madima SC resumed on 19 September. Although Madima, who has served as acting judge in the Gauteng South and Western Cape high courts, was interviewed last week for a position on the Bench, his name was not among those the Judicial Service Commission (JSC) decided to submit to President Jacob Zuma for appointment.

On 8 October in the written decision seen by Daily Maverick, Madima recommended dismissal for Holtzman’s failure to submit a business plan as part of the parliamentary planning and budgeting process, described as the “gravest” of all guilty counts.

“It boggles the mind that the head of PPS did not know what a business plan for the institution was. If indeed her assertions are correct, (Holtzman) should not have been appointed to the position of head of PPS in the first place. If however (Holtzman) was aware what a business plan was, but simply did not bother to prepare one for her unit, equally she should not be in that position,” he found. “I find that a dismissal is appropriate for this charge.”

Dismissal was also recommended for gross insubordination and insubordination. Holtzman had not only not responded to Tyawa’s questions, but was also “rude” and “disrespectful” in how she addressed the Deputy Secretary to Parliament by, for example, stating the questions appeared to be “a platform for trial by remote”.

“This is most unfortunate. It is not clear why (Holtzman), even where she believed that she had addressed the questions, did not respond as required…” according to the sanction recommendations.

“I consider the misconduct in these two charges worthy of a dismissal from employment. It is a serious offence and somewhat renders the manager impotent. I do not see how the two would be able to ever work together again.”

A final written warning was recommended on the guilty verdict for having failed to heal divisions of the PPS. Technically, this would fall away should Parliament decide on Holtzman’s dismissal.

This disciplinary process has not only been drawn out, with Holtzman representing herself most recently, it has also unfolded amid broader labour ructions at the national legislature, including a wildcat strike over performance bonuses and terms and conditions of employment in late 2015.

Mgidlana himself is currently on special leave at his request – it was officially announced effective from 9 June, with Tyawa named acting Secretary to Parliament a day later – as the presiding officers asked Parliament’s audit committee to probe a host of claims of mismanagement, including the use of blue lights, international and domestic travel and receipt of a bursary. The complaint was brought by the National Education, Health and Allied Workers’ Union (Nehawu), which in 2016 also had turned to the public protector. The internal audit committee’s report on its probe is being finalised, the Joint Standing Committee on the Financial Management of Parliament was informed in August.

Holtzman told Daily Maverick she would “not jump the gun”, but await Parliament’s decision while reserving her rights.

Parliament in a statement said it would “consider the recommendations of the independent disciplinary inquiry chairperson and take a decision”, without giving a time frame. DM