Life Esidimeni: Deaths recounted, but will government hold its own accountable? 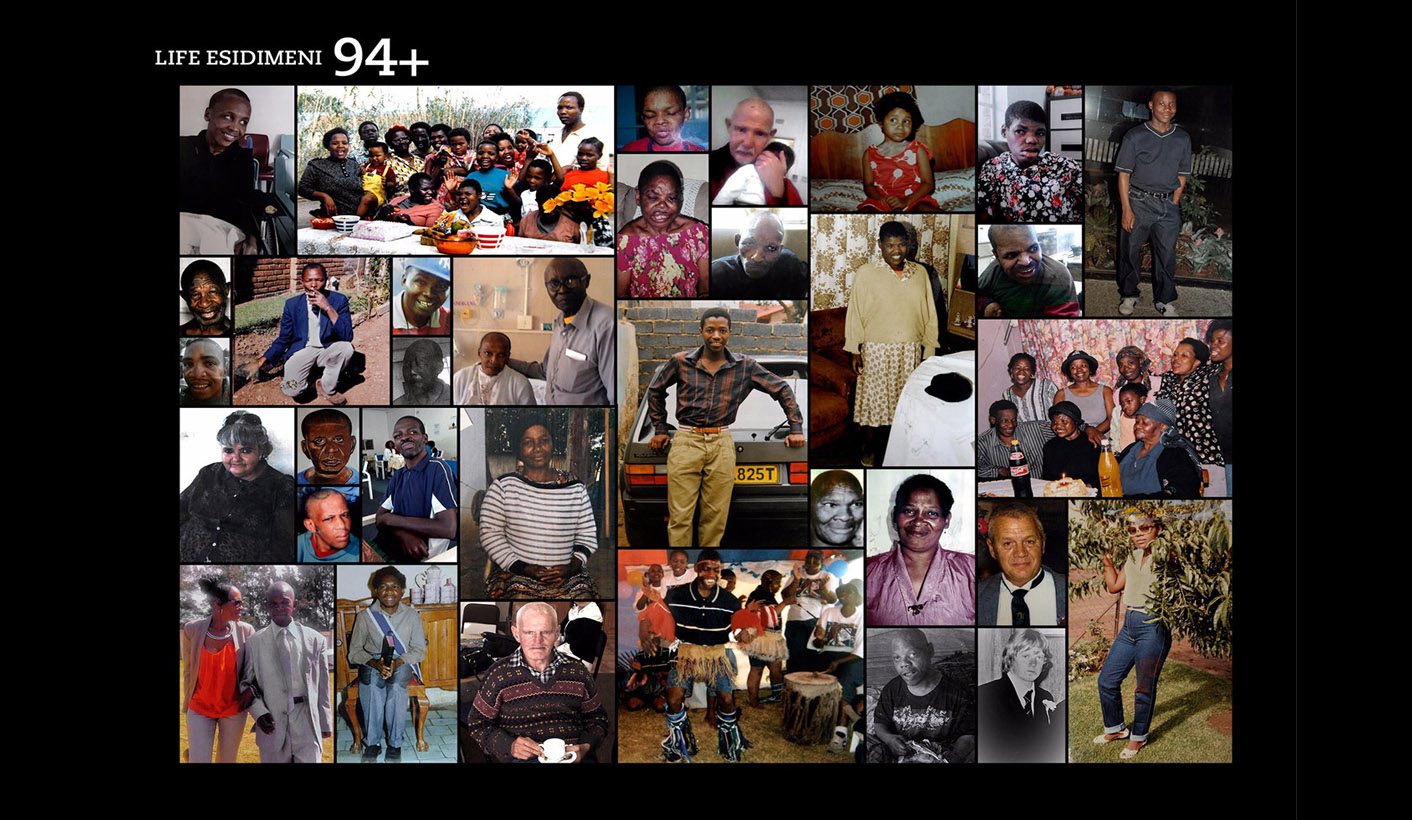 After two years of fighting, relatives of Life Esidimeni patients entered an arbitration process aimed at achieving truth, redress and closure on Monday. They have to live through the brutal accounts of what happened to their loved ones, but it’s still unclear whether the Gauteng government will fully come to the table. We still don’t even know exactly how many people died. By GREG NICOLSON.

Some wept when the names of their loved ones were read aloud. They sat in a room in Johannesburg’s plush Emoyeni Conference Centre, glass windows overlooking the city’s northern suburbs, as a storm approached. Advocate Adila Hassim slowly, respectfully, read 55 names.

“The sorry tale of extreme neglect, insufficient or rotten food, exposure to cold, lack of medication, overcrowding, abuse, death, late notifications of death, picking through bodies stacked upon each other in morgues, is best told by the families themselves,” she said. Relatives murmured in the audience, at once both confirming and condemning what happened.

For a year, relatives of psychiatric patients at Life Esidimeni in Gauteng rallied against the provincial department of health’s plan to move their loved ones into NGOs. They were ignored; the plan was implemented in June 2016. They have been picking up the pieces since: searching for family members at NGOs, watching them deteriorate, visiting morgues, and, for those whose relatives survived, rescuing patients and fighting for better care.

Monday was the first sitting of a three-week arbitration aiming to provide truth, redress and closure.

Makgoba was the first witness to give evidence. “Today I’m here to tell the public I have counted, I have verified my counting, and I shall no more count,” he said.

Makgoba’s report, released on 1 February, had found that “94+” patients died after being moved to NGOs. Having further studied the figures, verifying them from different sources, on Monday he said 118 patients died due to the implementation of the Gauteng Health Marathon Project, which saw around 1,700 patients moved from Life Esidimeni to NGOs, government facilities or homecare. Of those fatalities, 108 were Life Esidimeni patients, while 10 were at the state’s Cullinan Care and Rehabilitation Centre and were moved to NGOs to make room for Esidimeni patients.

Hassim, from SECTION27, representing the families of 55 dead patients, read Makgoba’s list. She had 11 families as clients whose relatives were not on it. Moseneke asked if 129 people might have died. He said the most difficult aspect in preparing for the arbitration was figuring out how many fatalities there actually were. Makgoba said his investigation finished in February: “There may be other patients.”

Numbers are important, not just to determine compensation, which the arbitration must resolve. Life Esidimeni cared for patients with acute psychiatric illnesses. It’s a private company that had a successful partnership with the state. It was government’s ultimate responsibility to care for the patients. In the main, they were poor and black. We still don’t know how many patients died. We know some names, but not all.

Makgoba wasn’t wearing a suit and tie, like Moseneke. He looked almost nervous while listening, but his comments were just as direct as those the former deputy chief justice used to serve from the bench. Unpacking his report, he said patients were sent to 27 NGOs but 80% of the 118 died at just five. Those five were overcrowded, lacked finances, and had no food. The NGOs were paid less than half of what Life Esidimeni was paid per patient and a pittance of what state facilities spent. Even then, some NGOs were only paid stipends months after they took in patients. “What is the difference between hospitals and NGOs? It’s quality care and professionalism.”

Makgoba called former Gauteng Health MEC Qedani Mahlangu’s decision to move the patients “reckless and negligent”. He described how officials were chastised for challenging the move, how even when he intervened and started interviewing senior department leaders, they didn’t know what was happening. “There was a total disregard for human dignity and human respect in terms of the patients, and even after death many relatives didn’t even know where their loved ones were,” he said.

Makgoba remembered hearing of one patient at an NGO. He was so hungry that when a relative brought him food, he also ate the packaging. Another was starving and had to use shoelaces as a belt. Dirk Groenewald, acting for Solidarity Helping Hand and representing four families, said the tragedy “will be remembered as one of the greatest human rights violations committed by the state since the dawn of democracy”.

Hassim said, “Mental healthcare users were loaded onto buses and bakkies and distributed – or in the language used by the department, ‘decanted’ – to various facilities across the province. The MEC reported on a number of occasions that users did not have their belongings or even a change of clothes with them.” Relatives in the audience murmured again. “She also reported that many mental healthcare users left Life Esidimeni without their IDs or medical records. We know that many of the NGOs did not have contact details for family members.”

Gauteng Premier David Makhura and national Health Minister Aaron Motsoaledi have accepted the findings of the Life Esidimeni report and, with MEC Gwen Ramakgopa, who succeeded Mahlangu, have worked to implement the ombudsman’s recommendations. But the relatives want answers. They want the officials involved to be held accountable.

Representing the provincial government, Tebogo Hutamo said the state takes responsibility for and would explain what happened. He said the events were “regrettable” and the government wanted to assist family members in finding closure. However, he only planned to call five witnesses. None of them was involved in the decision to move patients out of Life Esidimeni; all were involved in the clean-up. Makgoba’s report identified Mahlangu, Gauteng head of department Dr Tiego Ephraim Selebano, and director of mental health Dr Makgabo Manamela as the key culprits. None of them was included on the witness list, which was only provided by the state on Monday morning.

Relatives of Life Esidimeni patients have heard it before. As it started hailing outside the Emoyeni Conference Centre, they listened to Makgoba unpack his report, tired after a full day of legal proceedings. They appreciated it. But for the arbitration to achieve “restorative justice”, Mahlangu, Manamela and Selebano need to answer questions. The provincial government needs to publicly take on its own.

“This is meant to be about establishing the truth and we’ve already had important statements of remorse and apology and acceptance of liability by the minister, by the premier, etc. etc., and we value every time those statements are made but we need to hear from the people who pulled the triggers,” said SECTION27 executive director Mark Heywood.

“What we’ve seen is that there are some senior officials in government, the premier, the minister of health, that are giving this process significant priority and are committed to this process,” he added. “But there are also officials in government I think who are fighting a rearguard action, who don’t want the truth necessarily to come out. I don’t think we’re necessarily dealing with a single government response.” If we were, the three would be on the witness list.

Moseneke, however, was unequivocal – they’ll appear even if they have to be subpoenaed. The arbitration will continue with Makgoba on Tuesday and soon the families will have a chance to speak for themselves. DM

Photo: A photographic collage, compiled by SECTION27, was presented at the hearings in memory of some of the Esidimeni patients who died. Photo: Supplied