Rugby: Boks have improved, but only consistency in Europe will be their redemption 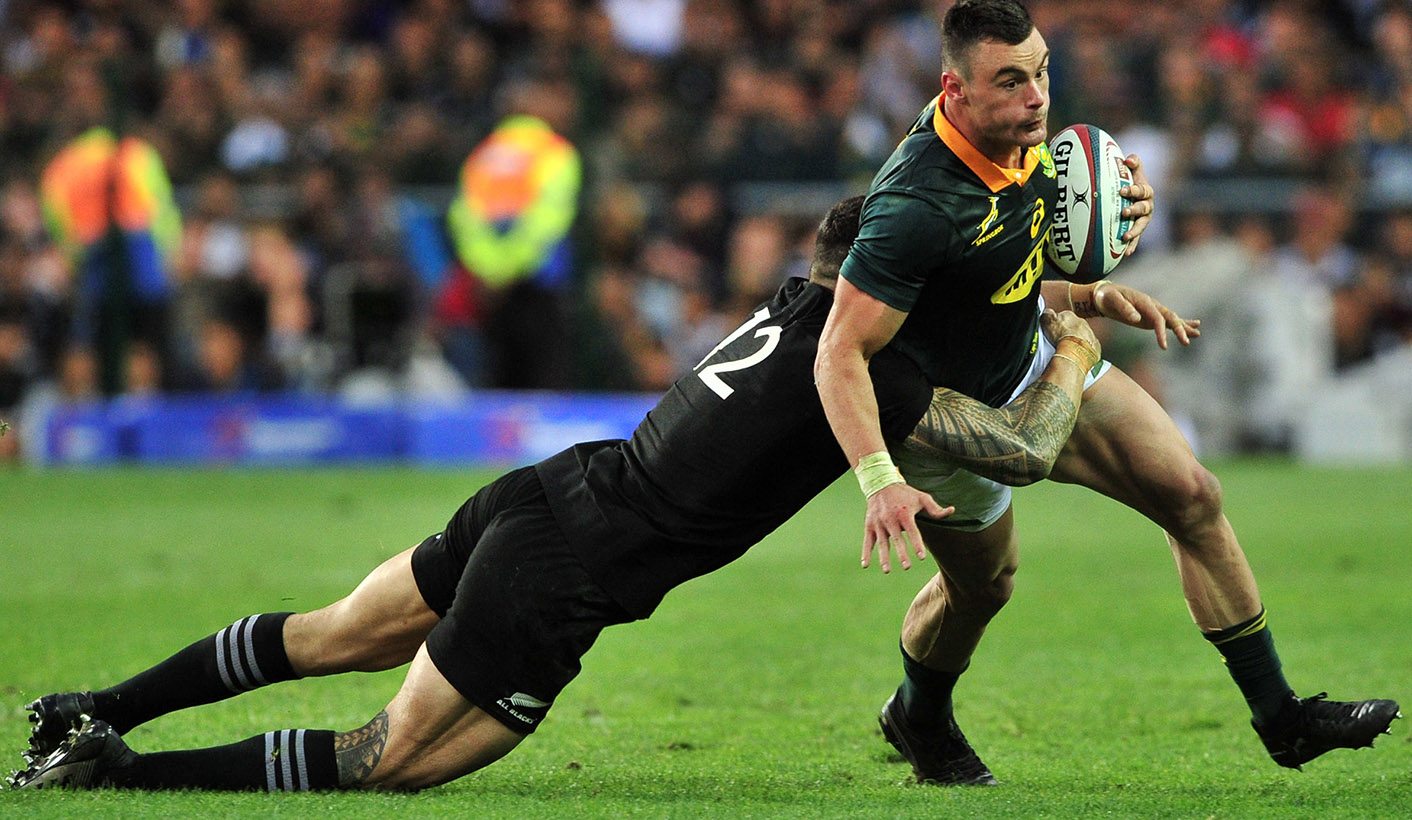 It’s been a while since the All Blacks have had to work as they did at the weekend. And while there have been notable improvements for the Springboks, only convincing efforts in Europe will ensure their redemption for 2018. And then there’s the matter of not ignoring what continues to plague the country’s development structures. By ANTOINETTE MULLER.

What a difference a change in continent makes. As woeful as the Springboks were when they got hammered 57-0 in Albany, they were comparatively impressive at Newlands over the weekend. The 24-25 loss perhaps belied the improvement shown, but let’s not be under any illusions. Call it brave or call it brilliant, it’d be foolish to get swamped in the ballyhoo.

An entertaining game of rugby it was, but the Boks made mistakes. And the All Blacks capitalised on every single one, despite taking their training session in the lead-up to the clash very casually.

Sure, a few refereeing decisions were questionable, but that wasn’t the sole reason for the defeat. In the fitness and skills department, New Zealand remain far superior, which is why they can get away with (by their standards) a mediocre day out.

It does, however, seem that the dreadful loss of a few weeks ago was a blip rather than full-on rot and coach Allister Coetzee – and the players – deserve a break.

Coetzee was more full of bluster post-match and he earned it.

The most notable aspect of the Boks’ effort was how many tackles they forced the All Blacks to make. That number, depending on which stats book you consult, ranged from in the mid-190s to over 200. Whatever the actual figure, it’s been a while since New Zealand’s defence has had to work so hard. Not even the British and Irish Lions pushed them that hard. In fact, you have to go as far back as their match against Ireland at Landsdowne Road in 2006 to find any comparison for that sort of work rate.

“I think we did enough to win the game, there were just two points needed for us to get over the line. I feel very sorry for the players because they left everything out there,” said Coetzee after Saturday’s outing.

Considering the Boks still lost despite that tremendous effort, it quite obviously wasn’t enough. Small mistakes make the world of difference, especially when your opposition is there for the taking. Still, Coetzee had reason to see the positives.

“That they were totally committed was the prevalent thing to take away from the game and it shows our processes are on track. It was really pleasing to come back from that 57-0 drubbing, which we never felt defined this team.”

But while the result dished up some humble pie for the more cynical Bok fans, it’s worth considering it in context. The All Blacks already had the Rugby Championship title wrapped up and for all their talk of not taking the Boks lightly, it’s quite obvious that New Zealand’s intention at Newlands was to have fun and entertain.

In the end, both sides delivered on the entertainment front and while the euphoria of not being embarrassed took over briefly, the reality remains that the Boks have not won a game of rugby in four attempts.

South Africa ended third in the championships, behind a grossly mediocre Australia, who they could not beat once at home or away.

There were some fundamental positives from the Boks – in selection and approach – but they still seem to lack being proactive on the pitch. They are clearly following their game plan to the letter, but it’s innovating and adapting that game plan without instruction that needs some work. But that following of instruction is part of South African rugby’s DNA and won’t change overnight.

Instead, they have to hope that their game plans will see them through what is expected to be a tough European tour. The players who have worked their backsides off will get a well-deserved break before jetting off to play Ireland, France, Italy and Wales.

The Boks can hope for the chemistry to continue growing the more time the squad spends together, but that throws another curve ball their way. Picking overseas-based players familiar with conditions and opposition in the northern hemisphere might not be the worst idea for a short-term approach, but it does little for the long-term foundations and vision of this team.

Regardless, the results in Europe will define Coetzee’s season. Win all four (or at least three) and that aberration in Albany might be forgiven. Falter and it’s back to the drawing board of doom and gloom. The margins are minuscule.

But even a 100% win record in Europe cannot erase the fundamental issues that remain in the country’s rugby structures and in the failure to foster basic skills, conditioning and fitness from age group level.

Administrators continue to ignore those at their peril and will simply set the cycle on another rinse and repeat, no matter who is in the coaching job. DM