Notes from the House: How transformed is the JSE?

Notes from the House: How transformed is the JSE? 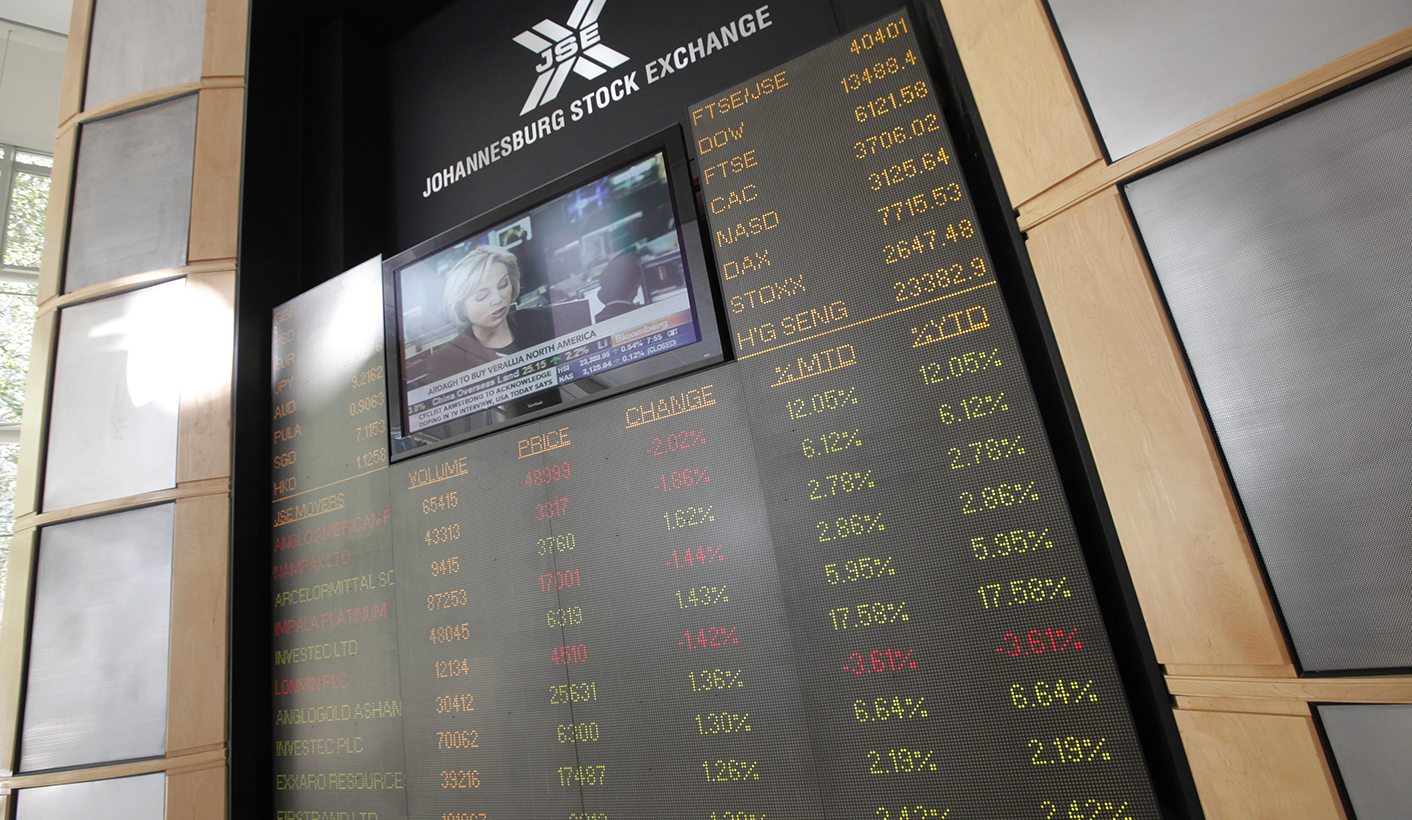 The Standing Committee on Finance called in the JSE this week to report on the progress it has made in transformation. Which is another way of asking: has there been any meaningful shift in the JSE away from its traditional white, male power base? By MOIRA LEVY.

It’s one of those questions that is virtually impossible to answer, but Nicky Newton King, CEO of the JSE, did her best, and to her credit she demonstrated that the JSE – that is, the listed company called the JSE – has transformed itself fairly admirably.

Of its 11 board members, five are women, six are black. Always a stickler for detail, Chairperson Yunus Carrim wanted to know exactly how black was black? Newton-King hesitated. She obviously hadn’t really looked carefully, but estimated that of the six, four were black Africans.

The nine-person executive had six women, but only four were black (two black Africans). But Newton-King was at pains to point out that the “serious positions”, such as chair of the board and head of risk assessment, were black women.

Sixty percent of staff are black, she said. “Most companies would struggle to reach that level of transformation.”

It gets better. Of the company’s South African-registered share ownership, she reported that 13% percent of shareholding through indirect investment schemes was in the hands of black South Africans, as opposed to 8% white-owned. Not quite as good was direct shareholders – of 24% of shareholders who hold direct shares in the company the racial breakdown was 10% black, 14% white.

It’s not bad by South African standards, but remember that she is talking about JSE the company, not the stock exchange as a whole.

It’s not that simple. She explains, “A scheme is not black or white. It is the individual participants, which is very difficult to unpack”. For those who are struggling, she gives as an example the PIC, one of her company’s biggest shareholders. “It is not correct to say the PIC is either black or white. There is a portion that is held by black people and a portion held by white people.”

Herein lies the difficulty of trying to measure whether the JSE is transforming. Most of the time it is impossible to know whether shareholders are white or black. You often won’t even know, unless you stop and count, how many of your board members are white or black, or black African.

This is not intended to be flippant, because racial transformation is at the very core of South Africa’s current difficulties, and radical economic change is an urgent and pressing matter. But the answer cannot lie in head counts.

For one thing, the JSE – and here we are now stalking about the stock exchange and not one of its listed companies – is about 38% foreign-owned. There are also overseas groups, schemes or companies that buy on the South African stock market. Either other countries don’t share South Africa’s obsession with race or they know it’s not polite to ask, but they don’t break down their shareholders into racial categories.

Another half, or 48%, of the JSE’s listed companies are South Africa’s enormous retirement funds, and long-term insurance companies and collective investment schem, as racial membership statistics are not readily available.

Of course, South Africa wants to see significantly more black participation in the JSE, ideally representative of the country’s demographics. But that is simply not realistic. Companies are encouraged to transform their ownership base, especially if they are after government business. The JSE is further trying to incentivise companies by making it cheaper to trade through rebates.

It has worked in other countries – the Scandinavians are an example – but they don’t have our crippling historic inequalities to contend with.

Newton-King spells it out:” In an economy as financially stressed as ours very few South Africans are able to save and invest.”

Most, including the emerging black middle class, are “nervous” about growth prospects and likely to be cautious about investment. Newton-Smith warns of “onerous” listing requirements that “may discourage companies that may chose to remain private and rely on private funds rather than public sources”.

This is echoed by the DA’s Alf Lees who says his party wants nothing more than to see investment grow, to stimulate the economy and create jobs. He describes it as a “puerile” exercise to manipulate shareholdings to encourage black shareholders. Few companies have reliable share registers anyway, and neither does the JSE, and he warns against listing requirements that may drive away shareholders, especially foreign investors.

Newton-King points out the obvious: “A far amount of capital is needed to trade.” This does not mean that there is no black shareholder trading, but she describes it as slow and cautious.

Does this mean the government must step in to proactively redress the historic imbalance in the stock exchange?

The EFF’s Floyd Shivambu puts it succinctly: “It is the role of Parliament to deal with redress issues because the Constitution compels us to pass legislation that should seek equality and to redress the imbalances of the past.”

In his view, mechanisms need to be put in place to ensure that shares are set aside exclusively for purchase by black people “so that we substantially transform the South African economy in terms of ownership and control so that there is some sense of balance”.

That has been tried before and largely failed, but Shivambu says it is time “to take decisive action”. In his party’s view the next logical step is to pass legislation to determine that the listing requirements of the JSE “should have a clear gender requirement and a clear black empowerment redress requirement”.

He does not buy the argument that it’s not apartheid’s legacy but the current economic meltdown that is to blame.

If the economy suddenly expanded to 10 times its size, he says, the JSE could be 10 times bigger, but it would have 10 times more white people “entering the same space and dominating the show”. His other concern is that there would continue to be the same drastic under-representation of black stockbrokers.

The JSE is dominated by the same white “old boys club”, says Shivambu, and while he personally strongly believes that the boards of all listed companies should be 50% female, “I expect that most of the huge listed companies are almost exclusively run by white males.” You can’t argue with that.

That’s where Parliament comes in, Shivambu told the committee. Its task is to introduce new legislation to enforce race and gender quotas. It is the role of Parliament to determine legally binding quotas because Parliament is constitutionally required “to deal with the issue of gender transformation and racial redress”.

Newton-King is not averse to quotas. If that was government policy, she says, industry would have to comply. In the meantime, she believes, “People are trying really hard. They are already doing a lot, everyone is doing their bit.

“The question is, have we done enough. We must step back and see that this is a market under pressure, this is an economy that is not growing, and an expectation that we will radically change things when we have no growth is going to be unrealistic.

“We should be spending [more] time on those policy interventions that build growth in order to accelerate transformation,” she says. DM

Photo: The stock market indicator board is pictured in the lobby of the Johannesburg Stock Exchange (JSE) in Sandton in this file picture dated 14 January 2013. Photo: Kim Ludbrook/EPA)