UDM: We need coalitions, and coalitions need the DA to engage – Holomisa 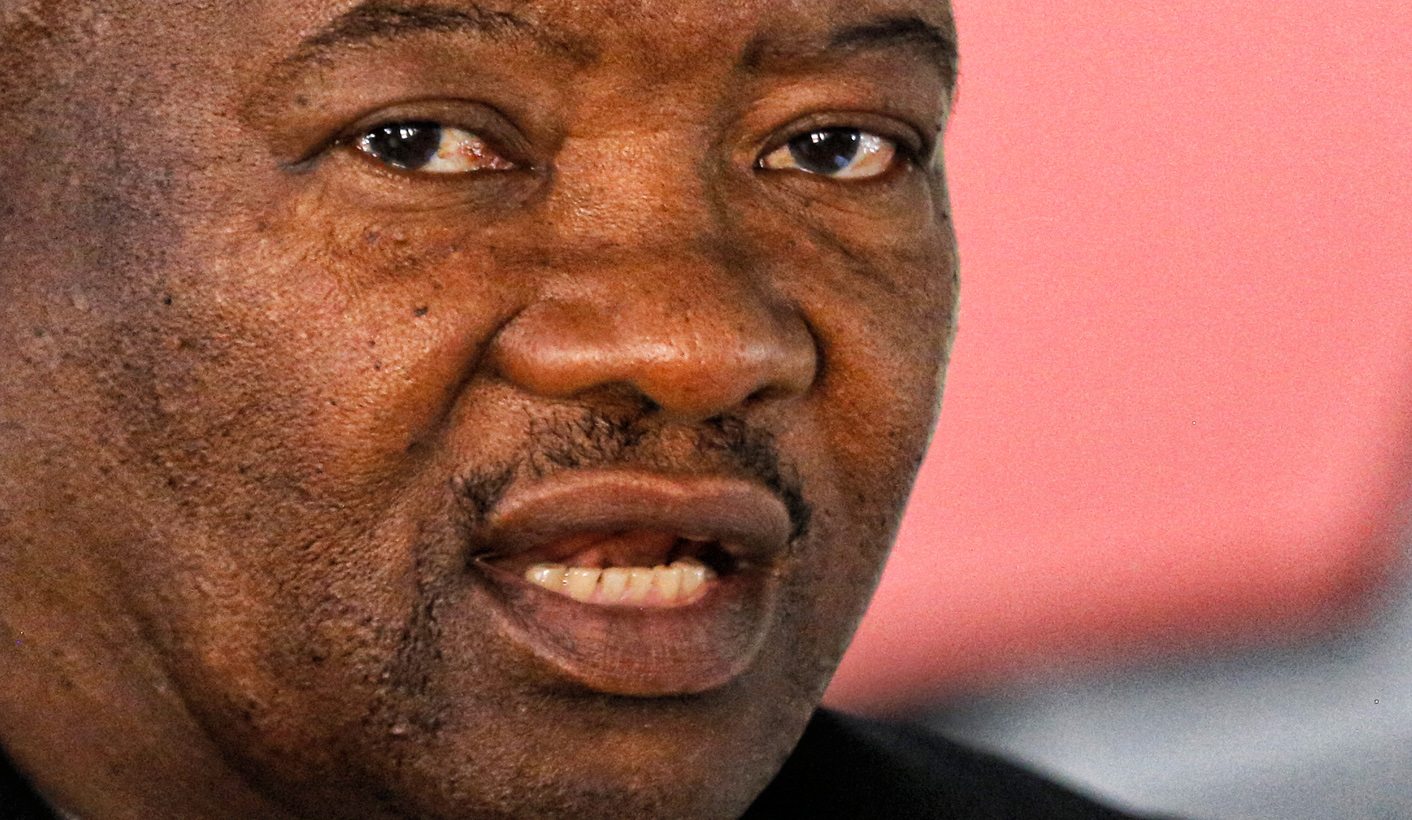 UDM leader Bantu Holomisa recently spoke to the DA’s Mmusi Maimane about improving communication between the coalition partners that govern Nelson Mandela Bay, Johannesburg and Tshwane. If the opposition parties want to lead another province or even the country after 2019, the parties will have to resolve any differences and practise working together – and soon. By GREG NICOLSON.

“There is a need for maturity, but thank God Maimane has said to himself, ‘We’ve erred and made mistakes’,” said Holomisa.

He said Maimane contacted him in September as the UDM was preparing to take the DA to court for removing Mongameli Bobani as deputy mayor of Nelson Mandela Bay Municipality. Holomisa told supporters the UDM was open to discussing their challenges with the DA. “But what we are not willing to do is to be used as a step-ladder in another party’s fight to attain power.”

While Holomisa made a firm commitment to coalition politics, he and other leaders have criticised the way the DA has handled its dealings with coalition partners, who together took three metros off the ANC after last year’s local government elections. If the relationships worsen, they could put the DA-led coalitions in jeopardy. Looking towards the 2019 vote, where further coalitions are likely, Maimane will have to act on his olive branch and tackle the perception that the DA is a disrespectful bully.

Maimane’s spokesperson Portia Adams said the DA leader agreed the coalition partners could do better. At the 21 September meeting, Adams said Maimane “told UDM leader Bantu Holomisa they should have met more often, and proactively, to iron out their issues”. It’s not quite admitting to having “erred and made mistakes” but it’s a start.

According to the coalition agreement, party leaders are supposed to handle significant grievances between partners. “Previously they only met when there was a problem. The party leaders will now meet more often and will ensure a more co-operative working relationship,” said Adams. “We’re going to have to work harder at these things as they are new for our democracy,” she said.

The UDM, however, remains critical of the DA’s leadership. “We are not scared of Big Brother mentalities. We have explained to them who they are. They are only interested in their own agenda,” said Holomisa on Monday. He accused DA federal chairperson Athol Trollip, who is also Nelson Mandela Bay mayor, and James Selfe, chairperson of the DA federal council, of bullying their coalition partners and acting as if they had veto powers over the opinions of other leaders.

Divisions in the DA-led coalitions came to the fore when the DA initiated a no confidence motion in Bobani. The DA said on multiple occasions he had voted either with the ANC or against coalition motions in council. They also claimed there was evidence of maladministration against the councillor and that Holomisa refused to act against Bobani.

Holomisa dismissed the allegations. He said the UDM had its own constituency and Bobani couldn’t vote for motions that were forced upon the party without consultation. On the maladministration and corruption claims against Bobani, he said they came from a draft rather than a finalised report. Holomisa noted that a report prepared by coalition leaders had criticised both Bobani and Trollip’s leadership.

The UDM went to court to have Bobani reinstated but the case was struck off the roll on the grounds of urgency. Holomisa said the party would brief its lawyers this week so the case can be heard on its merits. The Nelson Mandela Bay council is yet to elect another deputy mayor and the DA has said it can elect another UDM member, but not Bobani. The UDM remains within the coalition while calling for reforms.

Holomisa was highly critical of the DA’s decision to partner with the Patriotic Alliance (PA) to oust Bobani. The party was not in the coalition although it briefly joined after the vote, a union which ended when, according to the PA, the DA didn’t give it the deputy mayor position.

While most coalition partners voted with the DA to oust Bobani, they were critical of how the DA handled the process. At the time, the ACDP’s Jo-Anne Downs said coalition partners were “fed-up” with the DA and it had not consulted them on the move. Cope’s Mosiuoa Lekota said parties had pressured the DA to meet and discuss the matters rather than act unilaterally.

The move caused the EFF to boycott DA-led council meetings. The EFF is not in the coalition, but the DA relies on their support to govern Tshwane and Johannesburg. There has been increasing co-operation between opposition parties, particularly in efforts to remove President Jacob Zuma. But the DA was criticised by other parties for attempting to dissolve Parliament in September, after a no confidence motion failed to remove the President.

“It’s not about the DA only. We must make sure now the coalition works and future coalitions work,” said Holomisa. Ultimately, however, he said that as the largest opposition party the DA needs to change. “We must take (these divisions) as a learning curve. Unfortunately the DA must change its approach.” He said he would wait to see how the DA decides to improve communication between the parties, but the UDM wouldn’t be dictated to or influenced through a “dirty tricks campaign” in the media.

Both the UDM and DA believe coalition governments are the only way forward for the country and Holomisa remains committed to the current coalition. DA leaders have also spoken extensively about ensuring the current one is successful.

“We must continue to play the long game. We must act maturely. There will be disputes between us; and rightly, there should be continued debate about ideas and policies,” said Holomisa on Saturday. “But, we must not allow those inevitable disagreements to get out of hand, otherwise the electorate will look at us and reach one conclusion: that the opposition cannot be trusted with government; they are not ready for coalition politics.”

If opposition parties want to take power at provincial and national level in 2019, they have one option: surmount the squabbles and prove to voters that coalitions work. DM