Op-Ed: Nkosazana Dlamini-Zuma is not the woman other women need 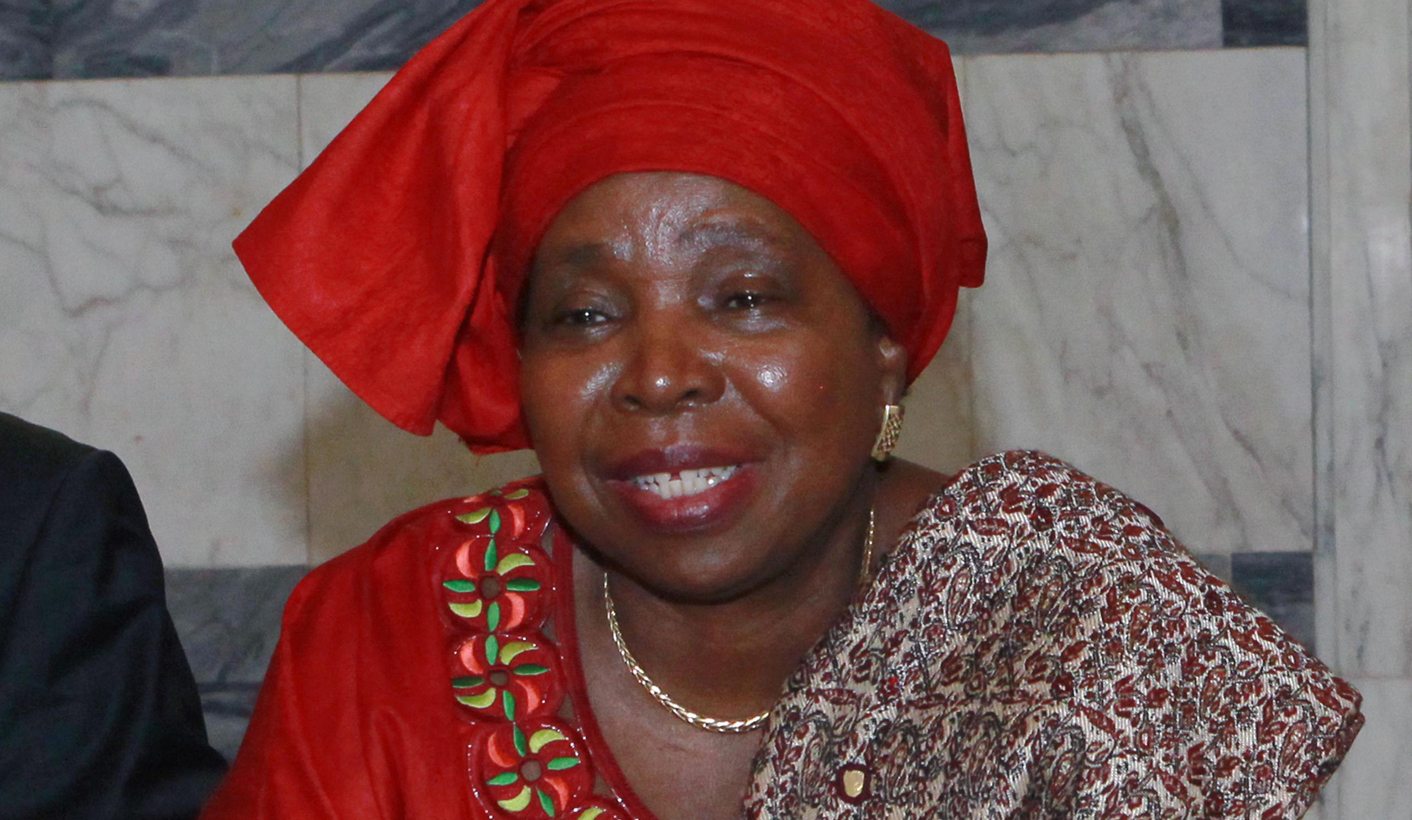 There is a naive expectation that women should be supportive of other women, particularly when they’re in places of power such as in business and politics. Some are, but many are not. Dr Nkosazana Dlamini-Zuma is not. By SARA GON.

Many women who will be eligible to vote for the first time in 2019 were a mere five years old when Nkosazana Dlamini-Zuma was embroiled in a controversy about which we need reminding.

In 2006, Judge Jerry Shongwe, the deputy judge president of the High Court in Pretoria, ruled in favour of an application by a diplomatic employee, Lara Swart. This was a review of the decision taken by then Foreign Affairs Minister Dlamini-Zuma in April 2004 to uphold the appeal of Norman Mashabane against an internal disciplinary enquiry that had found him guilty of sexual harassment.

The judge set aside Dlamini-Zuma’s decision, replacing it with the following: “The appeal is dismissed. The finding of guilt on three charges of sexual harassment and the sanction of dismissal are confirmed.” Dlamini-Zuma was also ordered to apologise to Swart and pay her legal costs of about R500,000.

Swart said that she endured three-and-a-half years of hell after laying a complaint of sexual harassment against “sex pest” diplomat Mashabane.

In 2001, while he was South Africa’s ambassador to Indonesia, at least six Indonesian women laid several cases of sexual harassment against Mashabane. Mashabane was charged with having sex with a government employee on the back seat of a chauffeur-driven car; patting a domestic worker’s bum while she was doing the dishes, and showing embassy staff members pornographic pictures.

Two years later, in 2003, Mashabane was found guilty on 21 counts of sexual harassment and dismissed. He appealed and remained in his post as ambassador to Indonesia pending the appeal.

While waiting for the outcome of his appeal, the incident with Swart occurred. He forcibly kissed and groped her during a function at his residence.

In November 2003, Mashabane was found guilty by a disciplinary hearing, which recommended he be dismissed. Mashabane lodged an appeal with Dlamini-Zuma.

Swart then took the matter to court.

In his court papers, no less, Mashabane said he had boasted to staff in the embassy that nobody could take action against him because he had been appointed by President Thabo Mbeki. He also said he would never have sex with a white woman. “It’s disgusting,” he is alleged to have said.

At the time of the judgment, Mashabane was working as Special Adviser to Limpopo Premier Sello Moloto, and then became a Member of the Provincial Council.

A year later Mashabane was killed in a car accident.

At the beginning of June 2004, two months after the damning judgment, Dlamini-Zuma said she believed some of the women might have colluded against Mashabane by fabricating harassment claims against him.

During debate on her budget vote in Parliament, Dlamini-Zuma said Mashabane had blown the whistle on a “corrupt scam on cars in Indonesia” and had repeatedly asked the department to investigate the matter. It was not clear what point she was trying to make.

Asked in an interview if she honestly believed the women had colluded because he had uncovered a scam among staff, she said: “Yes. Yes.”

“I don’t know whether all (of the women), but if you have some women putting charges around the same issue and one of them later writes and signs a letter to say they were asked to collude… Once there is doubt like that, what do you do?

“For you, as a fair manager, you have to have been satisfied beyond doubt that the person is guilty.”

As an aside, this last comment shows that Dlamini-Zuma knows nothing about disciplinary inquiries: the onus of proof is on a balance of probabilities, not beyond a reasonable doubt.

In June 2004, the Commission on Gender Equality considered issuing a subpoena to Dlamini-Zuma to answer questions relating to her exoneration of Mashabane. She failed to respond to questions sent to her more than three months previously.

The commission’s investigator, Matari Mashawu, said she was pursuing the matter brought to the commission by some of the victims.

Lawrence Mushwana, then public protector, was asked to investigate whether Dlamini-Zuma’s decision to uphold Mashabane’s appeal was politically motivated. Apparently Dlamini-Zuma had swiftly responded to his questions.

The Democratic Alliance accused Mushwana of delaying his investigation pending the outcome of Swart’s case. As at writing, the Public Protector had not yet been able to locate a report.

The late Mashabane’s wife is South Africa’s Minister of International Relations and Co-operation, Maite Nkoana-Mashabane, she of the bizarre “hole-in-the-head” interview on Al Jazeera, of being called out in Parliament by the Economic Freedom Fighters’ Mbuyiseni Ndlozi for sleeping, and of the bestowal of diplomatic immunity upon Grace Mugabe.

On Dlamini-Zuma’s retirement as chair of the African Union in January 2017, Nkoana-Mashabane paid tribute to her: “On behalf of South Africa and on behalf of all the women of the continent… leaders on the continent have four-and-a-half years ago elected one of the best who happened to be the first female in more than 50 years to lead this very, very important institution.”

Nkoana-Mashabane thanked her for the sterling work she did during her term of office, especially regarding gender equality and empowerment of women. DM

Sara Gon is a Policy Fellow at the Institute of Race Relations, a think tank that promotes economic and political liberty. Follow the IRR on Twitter @IRR_SouthAfrica